Oh, dear. After so many incidents where my little Jack has been unfairly accused of mischief such as pooping on the trunk of the 1980 Olds Tornado, or pooping in the garage (real culprit was HERE), or pooping on the deck of Poolio, or eating 3/4 of a Bison Leather Wallet with RFID from The Sharper Image... I am used to pleading his defense in the Court of Hick. Okay. I do admit to declining the Case of the Eaten Bison Wallet. A guilty plea was entered by Jack, and he has been on double-secret probation for a few years now.

Anyhoo... Jack's latest (alleged) crime is a case for which I cannot, with conscience, mount a defense. Though evidence is circumstantial, a jury of Helen Kellers, sitting in a court of Judge Tommy (deaf, dumb, and blind kid) the Pinball Wizard, would not let him off. 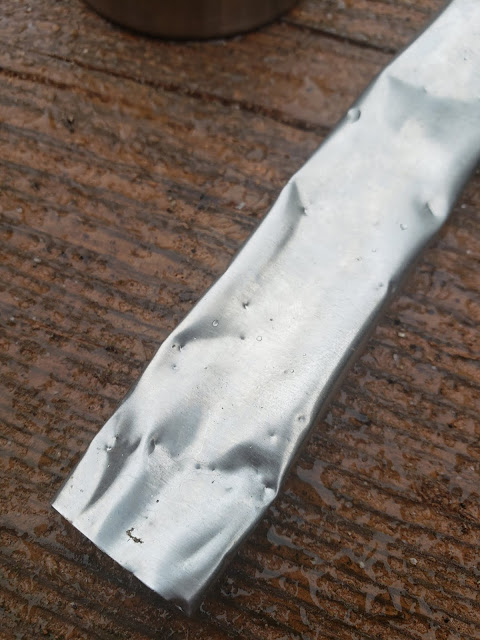 and left the remaining 1/3 for evidence. It's not like the local mailbox-robber or house-breaker-inner dropped by for a tasty plastic snack. Copper Jack only eats paper plates, and my Sweet, Sweet Juno does not deign to chew things. She hoards them in her house, perhaps carries them from place to place, but never chews. Which leaves only my little Jack as the prime suspect. 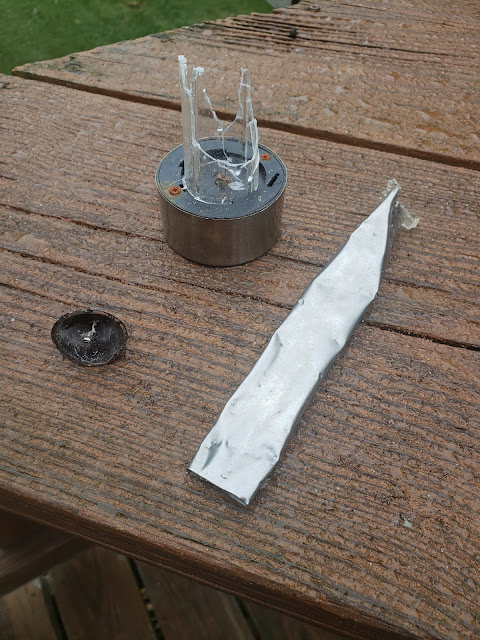 It does not help his case that Jack chewed the nose off the fake resin dog that Hick has standing guard on the front porch. 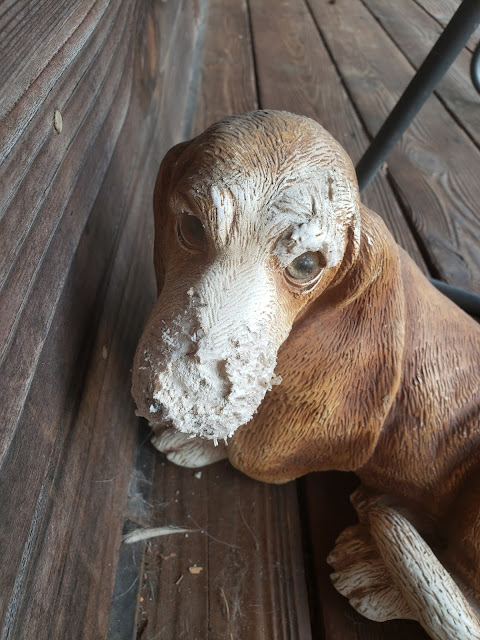 I'm sure Jack was only trying to make friends with this pooch! He's not a BAD DOG! Look at this little guy... That's Jack, practicing his courtroom demeanor to elicit sympathy from the jury. 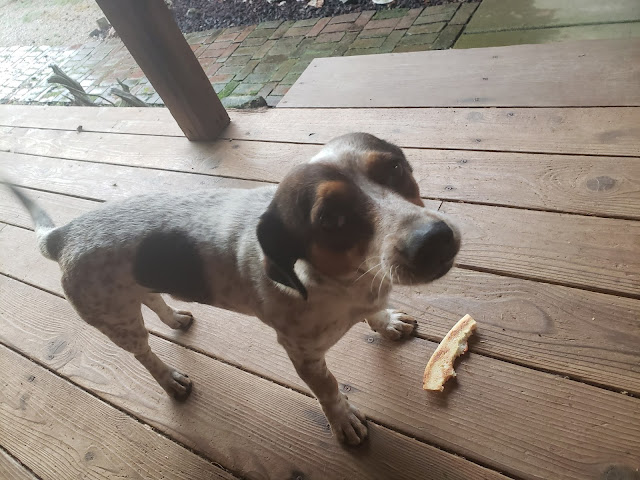 He DOES, however, like to lick and chew! For which he's well-equipped. 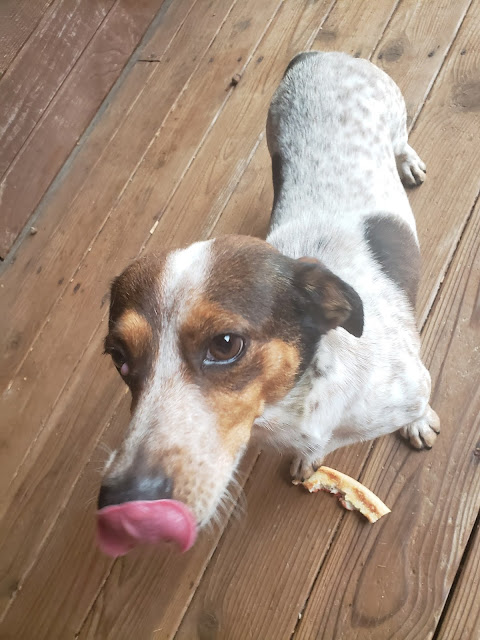 Jack seems to be shining a little brighter these days...
Posted by Val at 1:03 PM