Just Another Day, Patrolling the Perimeter

After seeing an abandoned (empty) package along our gravel road on Tuesday, you can bet I was ever-vigilant in my travels on Wednesday.

There was nothing to see as I left for town at 1:00. I stopped to pick up our mail. Everything seemed normal. Not a Creacher was stirring. Not even a louse, sucking up water from the creek, pretending to dump sewage from a septic tank! It was a different story when I returned at 2:10.

I saw a bunch of trash along the Creach. Near Hick's bus-waiting shack, where Creachers park when they trespass. I pulled over there for a closer look. That wasn't trash!

IT WAS OPENED MAIL! 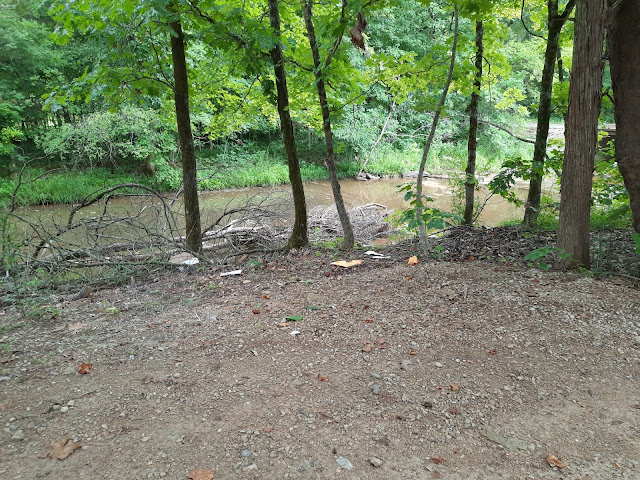 Of course I went over to look at it. The Pony has been expecting a new card from his financial institution, and also his diploma. 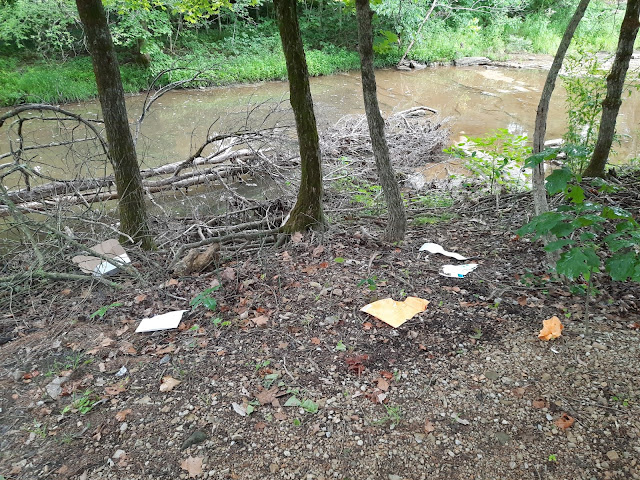 Here was a manila envelope (thankfully not for a diploma!), some ripped-up papers, and a white box like we'd gotten the day before (ours contained and un-asked-for A1C test from Hick's insurance provider. Further investigation showed a return address of The Lung Institute on the manila envelope. I was afraid it was somebody's medical results, or records. I took a picture for Hick to advertise on the Facebook page of our enclave.

Hick put up the pictures, along with: "Is one of us throwing out our trash at the mailboxes, or do we have a mail thief?"

A guy up past Buddy's (of Hick and Buddy's Badly Blacktopped Hill fame), said he was also missing a package. Hick only named the road address of the opened mail, not the number address. He said that all the mail there had the same address, but the box from the day before had a different address.

A lady said she, too, had been missing a package. That's she'd called the post office, and they said to call the county sheriff. The sheriff's office said to contact them any time we suspected our mail was missing. They would be stepping up their patrols in this area.

I think some ne'er-do-well knows what time our mail gets here, and comes to steal whatever looks good when the coast is clear. You never know... with the sightings I've seen of our mail lady sitting around talking with with folks in parked cars, they might even be getting tipped off. Not that I'm accusing a federal worker of inappropriate conduct, of course! All I know is that this most recent tampering happened between 1:00 and 2:10 p.m. A pretty narrow window of time for a random thief to show up, considering our mail is delivered between 11:00 and 2:00 most days.

So... we have not found our neighbor's missing package. Hick thinks he might have had something stolen, but since it was ordered by a relative with a spotty record of factual reporting, he's not all that concerned. He didn't pay for it, and was exacting a repayment for a year-old deal. If that merch is gone, it's skin off the supposed orderer's nose, and not Hick's. You can bet he won't write off the past-due payment over this alleged incident.
Posted by Val at 1:05 PM