If COINS Were Kids, Val Would Have Adopted a Singleton and Quintuplets This Week

It wasn't only the sun that made Val sweat this week. THREE whole DAYS went by before I found a coin!

WEDNESDAY, August 5, I stopped at the Backroads Casey's for scratchers, and PowerBall for The Pony. He didn't win the jackpot! I didn't win anything on my scratchers, either. But as I was leaving, I DID become one nickel richer. 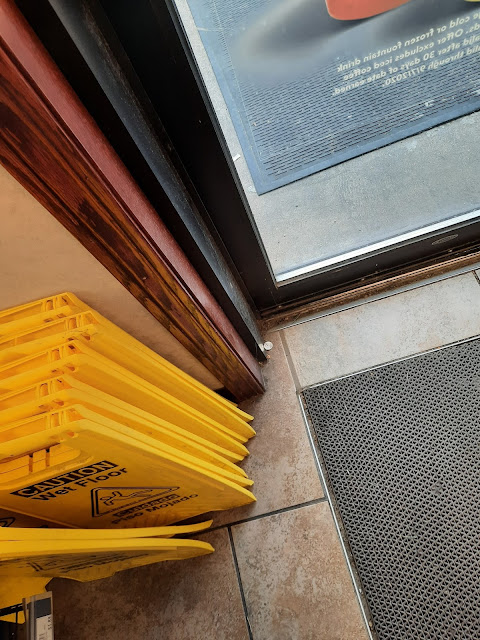 Looks like Casey's has hired the twin of the person in charge of floor-sweeping at Orb K! It also looks like Casey's is expecting a flood. Because from the state of their floor, they're sure not putting up those yellow warning signs for MOPPING! Come to think of it, the store DID kind of smell like sewer gas... 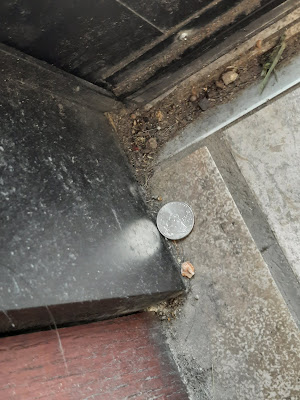 FRIDAY, August 7, I surreptitiously slipped into the liquor store for a scratcher. I'd say that was a big mistake, since I bought an expensive ticket, and it LOST! I should have known, when a scroungy, unkempt, chubby dude kept squatting behind the counter until the girl working the drive-thru window told him to wait on me. AND he bent the ticket seven ways to Sunday, until it looked like something off the floor of SilverRedO.

Anyhoo... I did NOT actually leave the liquor store with a total loss. As I slunk back to T-Hoe, trying to stay unnoticed by the clerk inside the Gas Station Chicken Store across the street, I spied A PENNY! 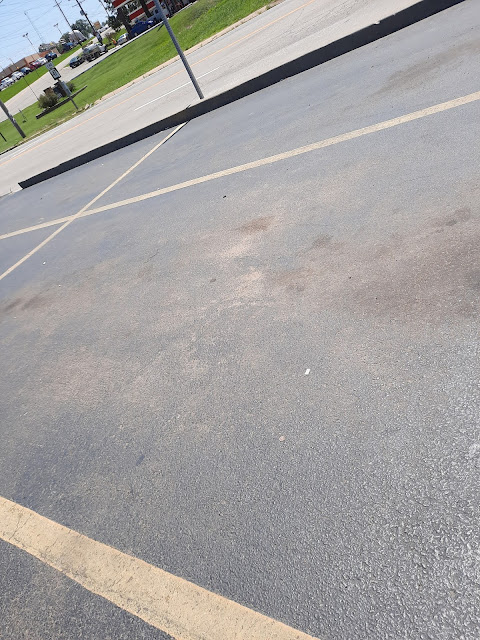 I swear it was not there when I got out of T-Hoe to go inside! I ALWAYS look around for coins. Nothing was there. Nobody parked there. No other customer came in. I was the only person at the counter. A couple cars at the drive-thru did not have to pass through those empty parking spaces. 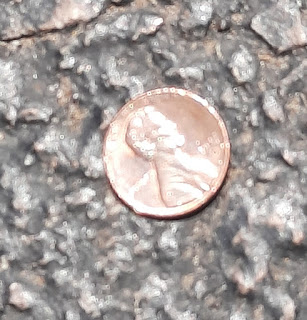 It was a heads-up 1987 penny. Hot to the touch! Into my shirt pocket it went. Only T-Hoe was exposed to my ample rumpus.