Now that auctions are open again, Hick is on the lookout for bargains. Any bargain will do. He's been deprived for so long that he buys just to be buying. That Storage Unit Store profit isn't going to spend itself! Last week, he went to a Tuesday auction and a Saturday auction.

Hick bought 24 bags of Skinny Pop white cheddar popcorn for $6 at the Saturday auction. I know this, because he sent me an email crowing about it right after his purchase. 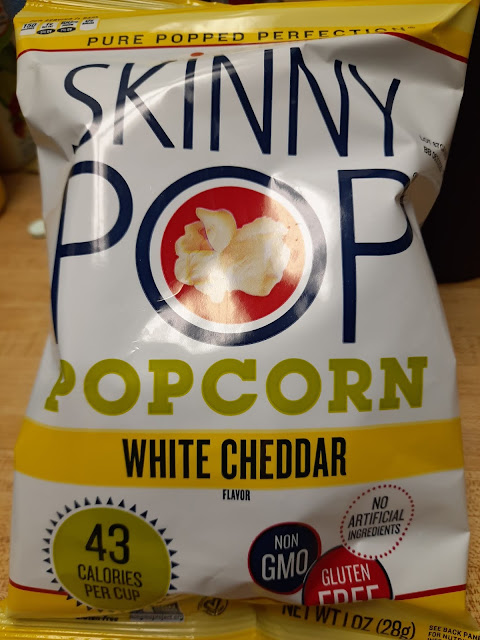 What I DIDN'T know was why. Hick is not addicted to white cheddar popcorn. Especially not a brand called Skinny Pop. Sure, he buys snacks at the auction every now and then, if he deems it a great bargain. Which this was, at 25 cents per bag. 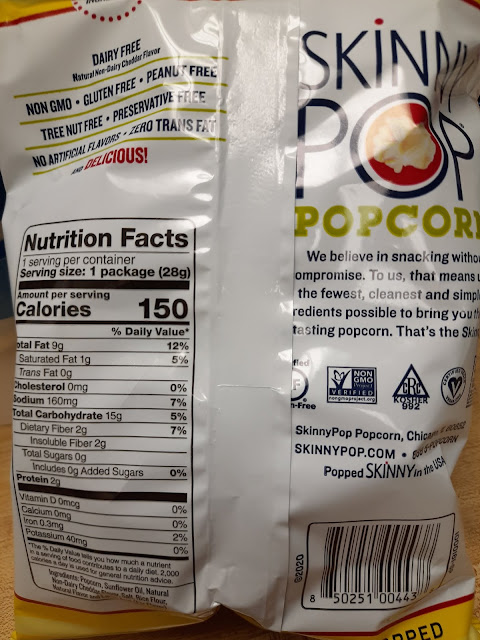 The next evening, as Hick sat in the new recliner eating Parmesan Shrimp and crinkle-cut fries, I reminded him that I was still waiting on him to reimburse (me) the house fund for the ammunition he bought on sale at Rural King on Friday.

"I bought $6 worth of popcorn at the auction!"

"Um. THAT is supposed to be your repayment?"

When I told The Pony to check the receipt, he said, "It doesn't show the tax rate anywhere."

"It has to! It's always on the receipt. Look at the bottom."

"Oh. I tore off the bottom, because it was a really long receipt, with coupons, and you're always yelling at me about looking at the receipts I leave you."

Funny how he tore it off just above the tax rate. Let the record further show that I DO yell at Hick about the receipts he leaves me, because he leaves them folded in upon themselves, taking two hands and several minutes to unfold and find the store name and the total. I spent 28 years breaking kids of the habit of tossing a folded-up absentee slip on my desk. They were quick learners. Hick does not seem to be a learner at all.