Weirdo Val Gets Her ComeupPENCE

SUNDAY, July 26, I made the mistake of going in the Gas Station Chicken Store without my phone. Of course when I came out, I spied a penny just outside the door. If a car had been parked there getting gas, I wouldn't have seen it. 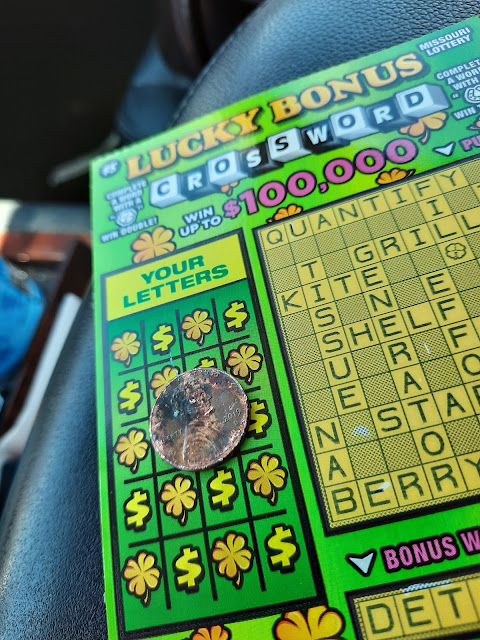 THURSDAY, on my gas-buying errand over at the Sis-Town Casey's, I was not disappointed. 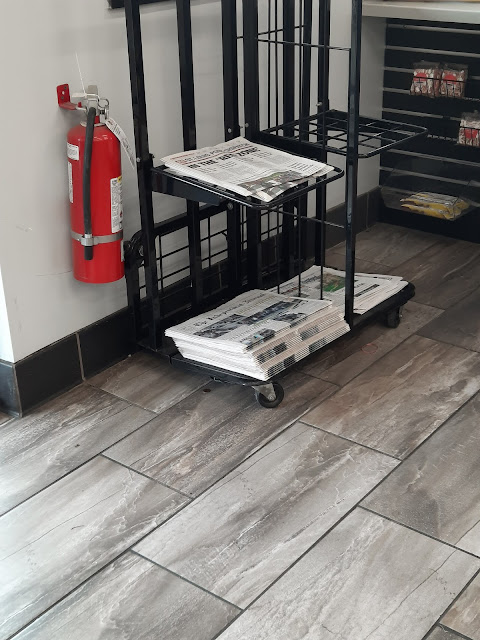 As I was passing time on the social distancing dot, something snagged my eye over by the newspaper rack. 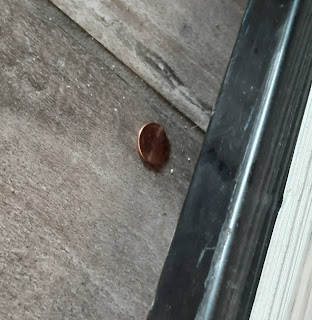 FRIDAY, July 31, I made the mistake of going in the [whisper] liquor store without my phone. Of course there was a penny waiting for me right there at the end of the aisle by the counter. 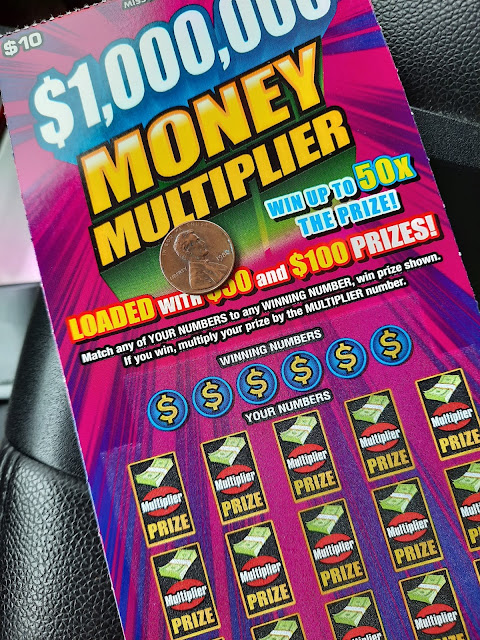 I got a picture in T-Hoe, on top of my scratcher. LOSER. The only place I can find this ticket these days is at the [whisper] liquor store. The penny was a face-down 1988. 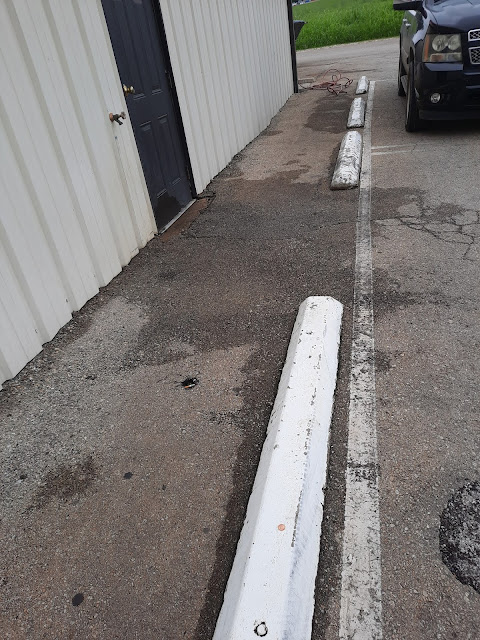 At my next stop, the Gas Station Chicken Store, I parked out by the FREE (with gas purchase only) AIR hose. When I came back out, a gift was waiting for me! 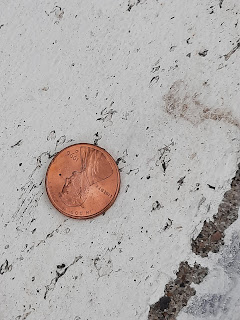 It was a 1996 penny, heads-up and all pretty on the white tire-bumper thingy. 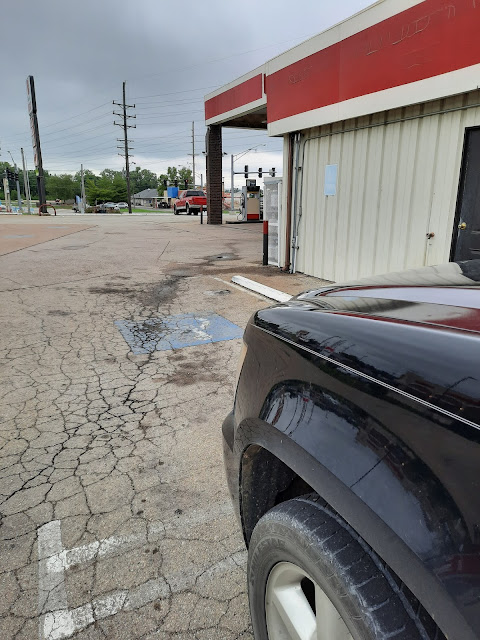 Seriously. I never park over there.  I guess it was meant to be this day.

From there, I headed to Country Mart. Again, I parked in a spot I haven't parked before. Wouldn't you know it? I stepped out to see a PENNY between the cars next to me! 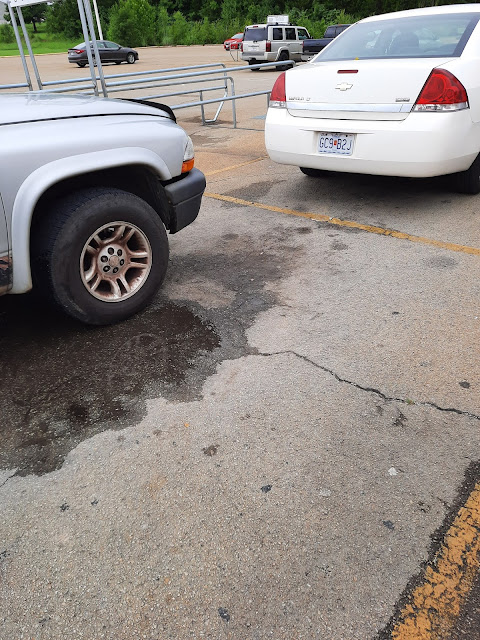 There it is, in the oil slick by the front bumper. A lady was putting her groceries in the white car. She looked at me like I was crazy. Somewhere, there's a blog post about an ample-rumpused weirdo trying to engage her in conversation, while picking up a filthy penny! 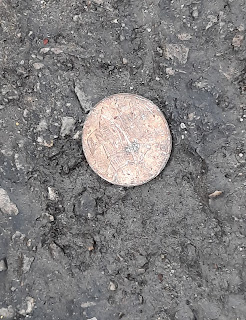