Please join me in a virtual high-five for a celebration of this week's penny harvest. If pennies were children, I could have a show on TLC about my multiples!

SATURDAY, too late for the Saturday CENTSus, which had already gone to press (don't think I haven't noticed your little plot, Even Steven)... I found a couple of tardy Lincolns late for the party. I stepped into line at the Backroads Casey's and saw one waiting at the un-open register. 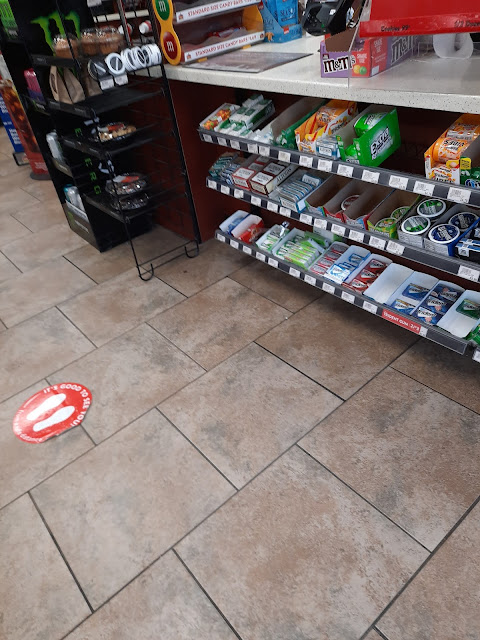 Look past the dance-step decal--I mean the social-distancer--to the metal rack. It's there! I swear. 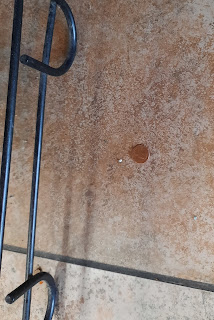 It was a heads-up 1994 penny, begging me to bend my ample rumpus for a photo. I did.

On the way out, I made ANOTHER discovery! 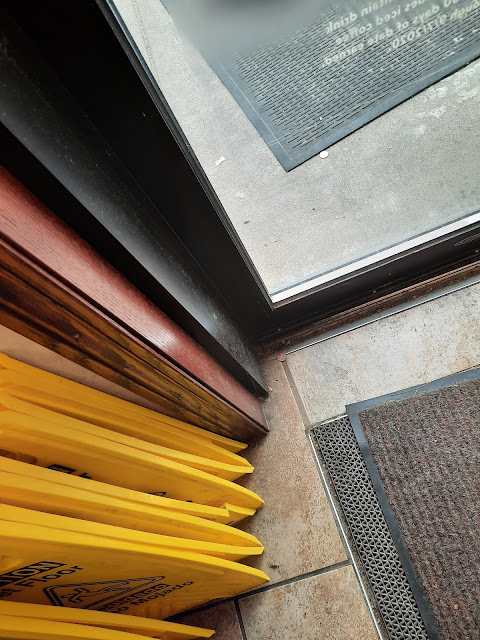 Where I found the nickel last Wednesday, there was now a PENNY! And it looks like the floor hadn't been swept in the interim. But here's the most HORRIFYING DETAIL! Look out the door, by the mat. I MISSED A QUARTER! To be fair, somebody came in the other door while I was photographing my second cent. So MAYBE they picked it up. Which would explain how I didn't see it as I walked out. My head is always down searching, you know!

MONDAY, August 10, my luck got even better. In fact, it DOUBLED! I stepped out of T-Hoe at the Sis-Town Casey's, and saw FOUR pennies waiting for me in the handicap space. 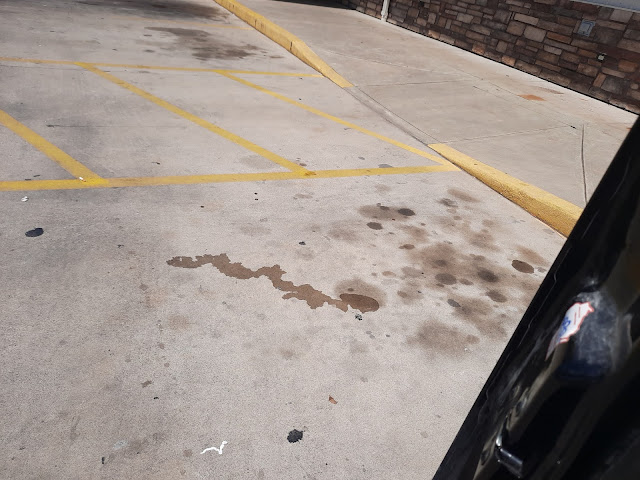 FRIDAY, August 14, the penny grounds were extra-fertile again. And again, my luck lay with the Sis-Town Casey's. I couldn't get the pics inside where the pennies awaited, because of other people in line. I'm pretty sure a dad is not going to be okay with a crazy old woman taking pictures of the lower half of his grade-school son! As soon as they turned to leave, I grabbed that treasure off the tile and scooted out with the spoils. 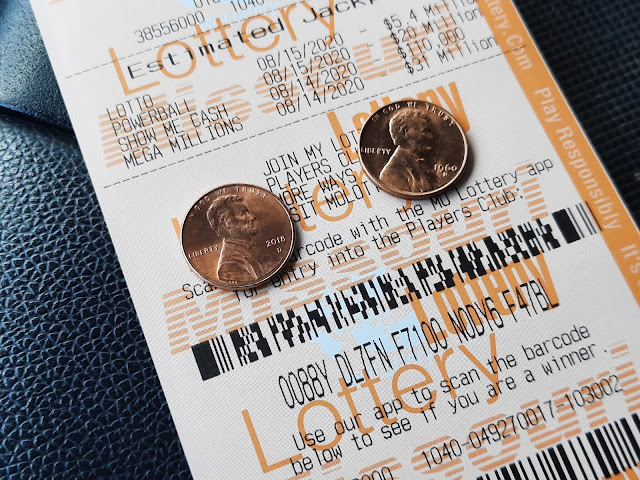