If only it had been one of those 16-penny weeks that I doubled! Still, going from one penny per week for the last three weeks, to TWO pennies this week... is nothing to sneeze at!
THURSDAY, September 16, I was in line at the Sis-Town Casey's, waiting to pre-pay for T-Hoe's gas, and cash in some scratchers. I couldn't tell if a man and his three young daughters were actually in line, or still discussing other treats. When he looked back at me, I motioned for him to go ahead.
"Oh. We weren't in line yet."
"That's okay. I'm not in a hurry."
So they went next. For my good deed, a special treat was revealed to me where they'd been standing: 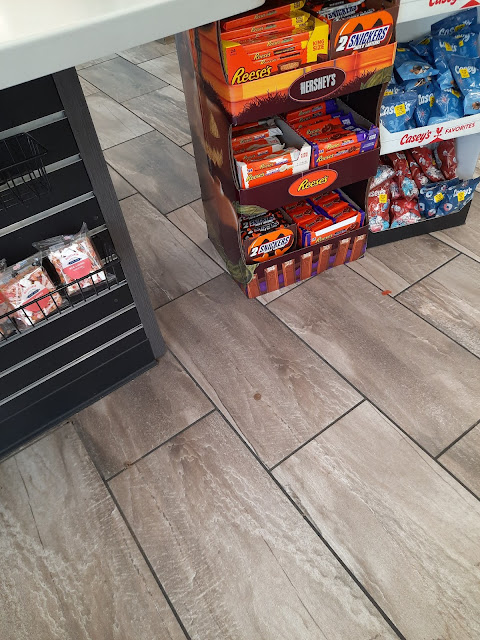 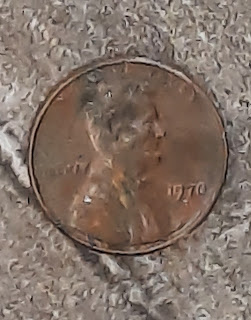 It was an old-timey heads-up 1970 penny. Of course, while I was taking the picture and picking it up, two more people got in line ahead of me. But they didn't get a penny!
From there I went to the Gas Station Chicken Store for my magical elixir. It was a few minutes after 5:00, so I rushed inside, leaving my phone on the console, before the after-work crowd got there in their pickup trucks to buy gas using their plastic money. The card reader takes forever at the Gas Station Chicken Store. It's a little box on a cable, and sometimes needs two or three tries.
I was fourth in line. Not too bad. When I stepped up for my turn, I saw a PENNY hiding under the corner of the rug! Of course. THAT'S how to find more pennies! Leave my phone in T-Hoe. Anyhoo... I picked up that penny, and posed it for a picture back in T-Hoe. 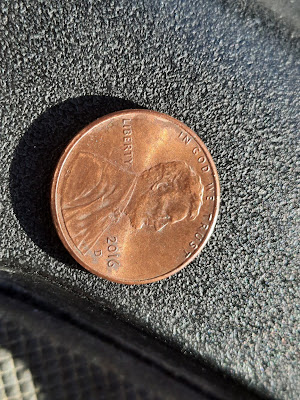 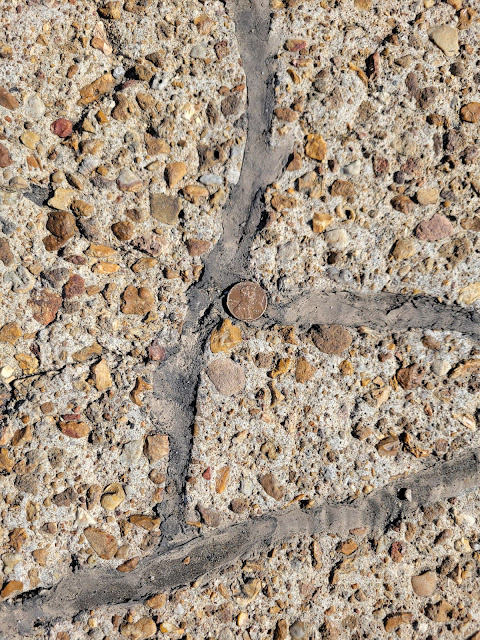 I daresay The Pony has inherited my keen eye for common cents. That little Lincoln was pretty camouflaged, if not for landing on the tar filling a crack. 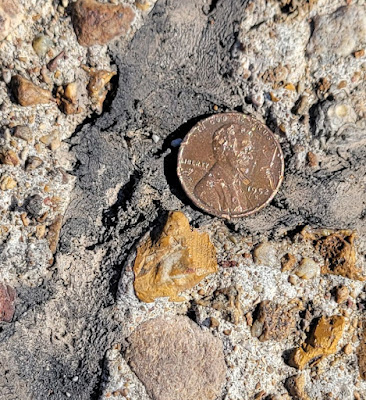 It was a heads-up 1952 WHEAT PENNY! Very special. Thanks, Pony! Someone was obviously thinking of you as you returned to the workforce on your healed ankle.
Posted by Val at 1:00 PM