Wednesdays in the Driveway with Pony

Wednesday was The Pony's day off this week, so I drove over to collect his house payment! I'm usually running behind, and The Pony trots out to give me the check, and scratch any lottery tickets I've brought him from the winnings of his daily Cash4Life draw ticket. Now that Hick has put in a driveway at the back of Pony House, I just pull in there.
I came down the side street: 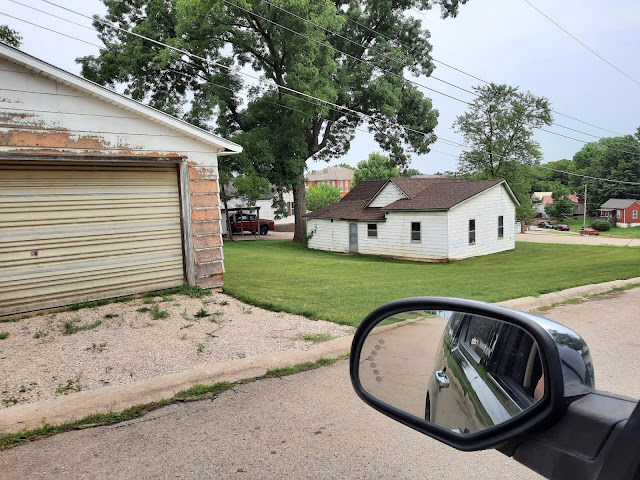