Val COIN't Knock It Out of the Park Every Week

No silver for Val's Future Pennyillionaire Fortune this week, but the coins were still flowing. Enough is as good as a feast.
SUNDAY,  August 7, I wheeled my cart/walker to the lottery machine at the front of Save A Lot, and saw a surprise: 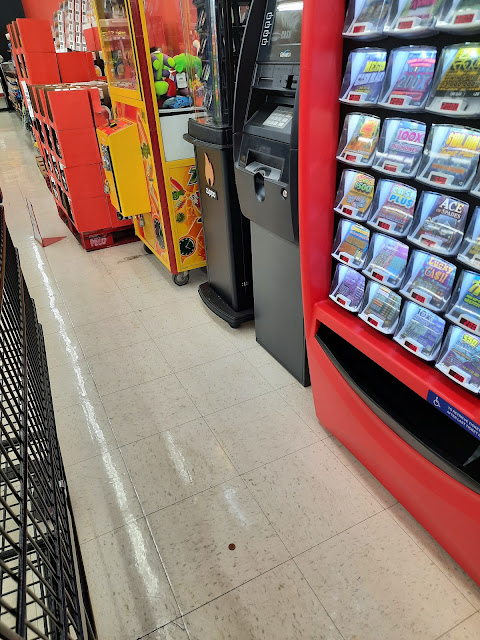 This lottery machine has only been there a few months. Looks like a regular arcade is taking form! You can't see it, but to the right of the lottery machine is one of those coin-pusher machines. You put in a quarter, and see if you can knock off other coins or the folded-and-taped $50 bill laying on top of them. You get to keep what falls out the slot. I love those things, but haven't played one since The Pony was a tweenager.
There's a cash machine, heh, heh, to the left. And a machine I've never played, that has some good prizes you try to get by lining up a thingy to take it out of its slot. Oh, and a GRABBER machine, which I also enjoy, and which The Pony is a master of. I miss playing these money-stealers with The Pony. But I still have my scratcher machine! 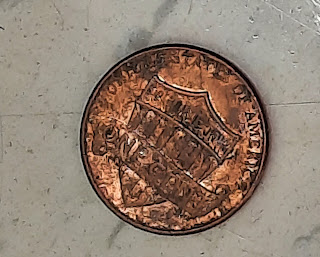 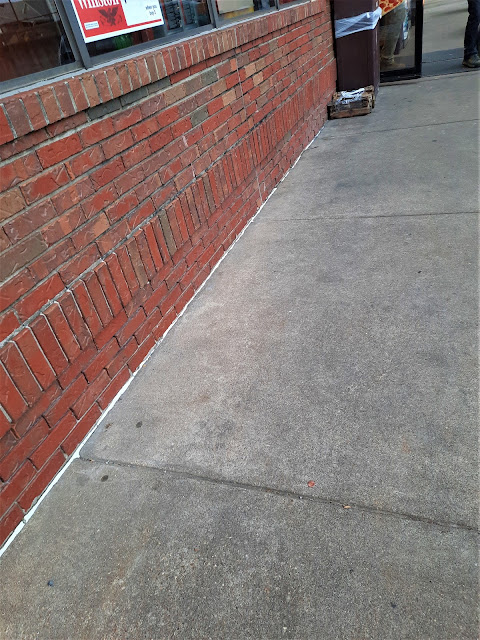 Waiting on the sidewalk, right in my path! Good thing I had my phone camera. 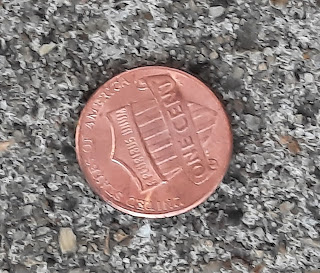 It was a face-down 2021 penny, shiny even before the clouds opened and pelted it with a deluge.
Once inside, I almost broke my arm patting myself on the back for bringing in my phone. 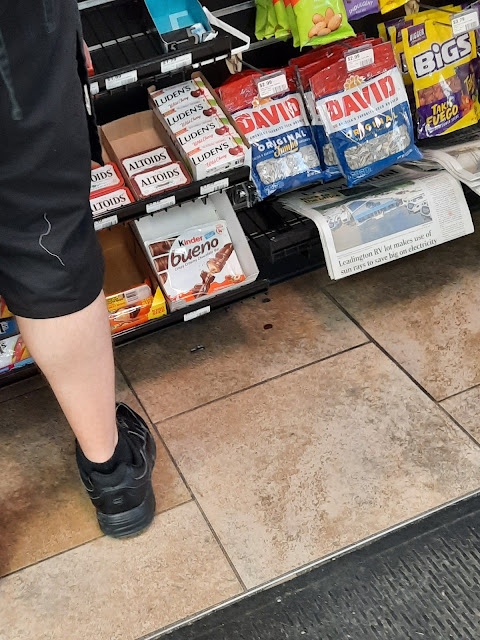 ANOTHER penny was waiting for me. And behind it was its buddy, a dime. That's what broke my heart! I was unable to procure that dime. Too far under the counter. My foot is not big enough to slide it out. I couldn't bury my face in the David Sunflower Seeds to fish about blindly with my hand. So I had to leave that dime behind. So unfair! But I stop short of carrying around a stick to prod coins out from under counters. 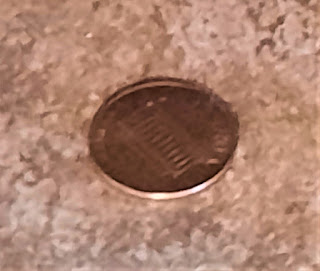 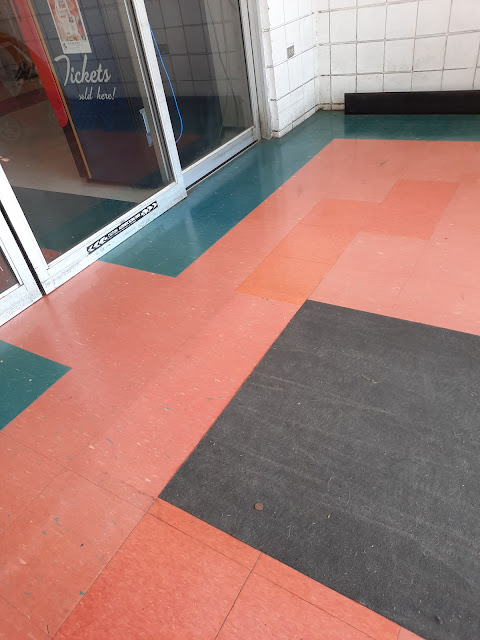 Not just a sticky spot on the rug, but a penny! 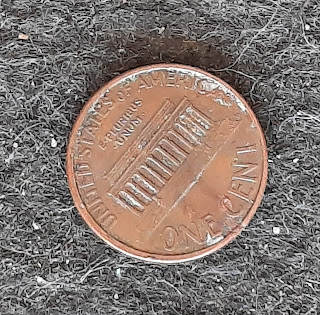