No, that's not a NASCAR event. Not a race at all. Unless you count Hick racing to the bank to deposit his money! Hick bought a whole passel of assorted re-sellables from a guy this week. He spent $500 on the lot. Here are SOME of the items he got.
First of all, the non-pictured stuff.
2 Guitars:
*Yamaha flat top which Hick doesn't remember the model. He thinks he can sell it for $150 minimum, but it could be worth up to $300, depending on the model.
*Electric guitar which Hick doesn't remember the brand or model. Hick already sold it to a dude for $600, and the dude says it plays fine. Hick said the only things he saw wrong was that the chrome had come off the pickup, and the pin that holds the strap was broken. Hick saw one online for $1700 new, and $1300 used. But he's happy with his $600 in hand.
Remote control boat with a fisherman in it, which Hick already sold for $30.
Remote control Interstate Battery truck, which Hick thinks he can sell for $50-$75.
So out of his $500 investment, Hick has already recouped $630. Better than a 50-cent profit! 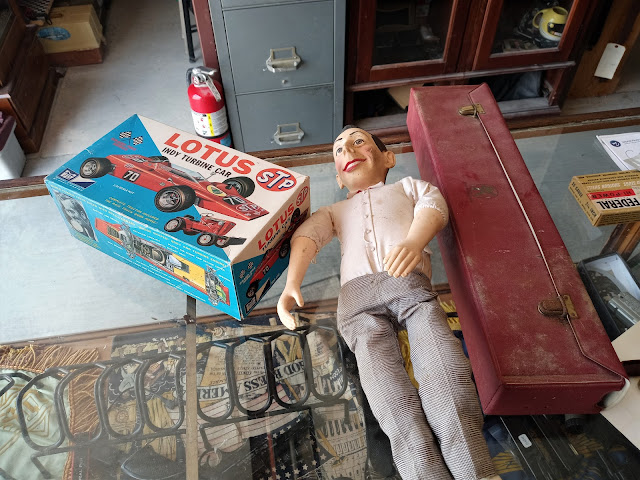 That's PeeWee Herman! Hick has no idea what he's worth. The Lotus model Hick says he can sell for $25-$30. That case beside PeeWee holds a Honer Melodial Piano, made in Germany in the 1960s. Hick thinks it is worth anywhere from $25 to $100. I wish he had opened up the case. As Hick described it: "It's a piano that you blow with your mouth, and play the keys with your hands." 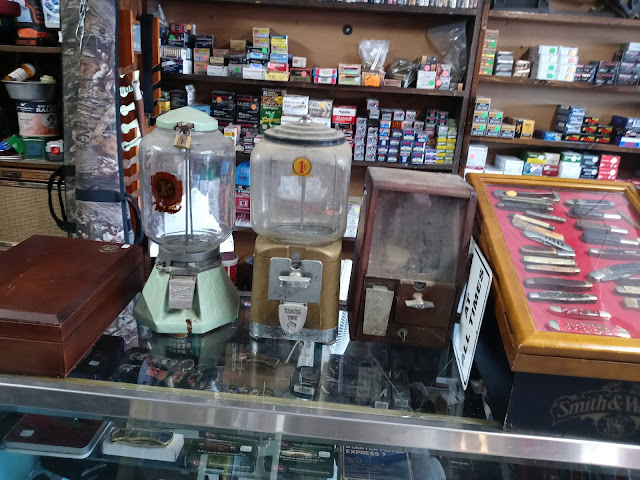 The 3 gumball machines are the only things in this photo that Hick bought with that stuff. He says they are worth $75-$100 each, with the wooden one on the right being worth the most. He said it was made around 1930-39. Of course they'll need to be cleaned up! 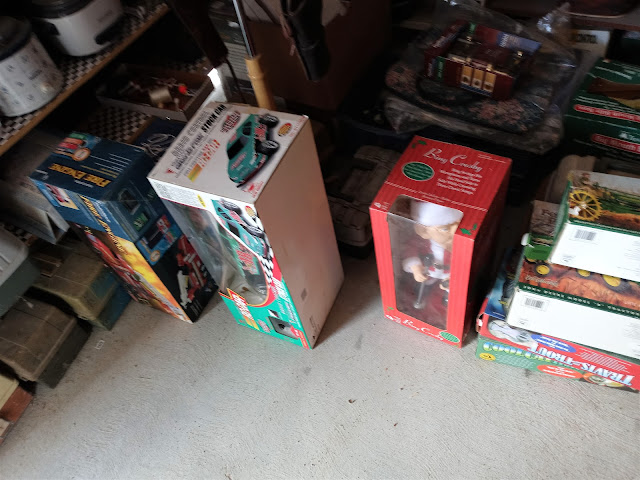 There's Bing Crosby! He sings a song, and runs on batteries. Hick doesn't know what he's worth. He didn't mention the price he'll put on those stock cars, either. But he said the John Deere Tractor bank is worth $10, and the tractor with a trailer is worth $50. 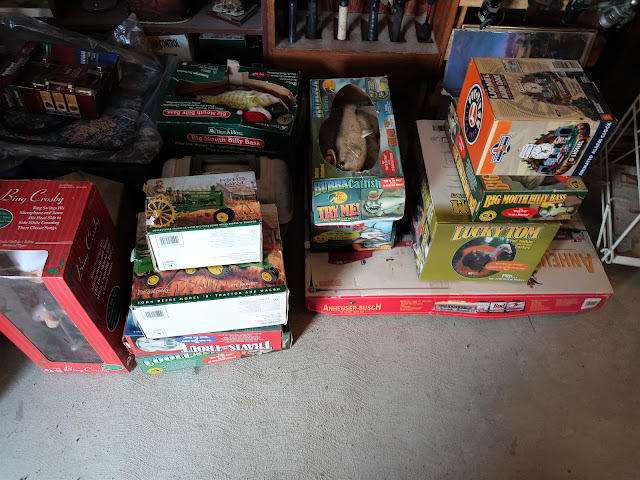 Here's another view of the John Deere Tractors, and a bunch of Big Mouth Billy Bass and his buddies, Bubba Catfish, Jaws, and Lucky Tom Turkey. They are all battery operated, and sing, I think. They were pretty popular about 20 years ago, at least around these parts, heh, heh! Hick says the fish are worth $10 each, and Tom Turkey $20. There's a Lionel Train Clock, $25-$30. I can't believe Hick didn't say anything about that Anheuser Busch Train Set! I think it says "O" Gauge on the box. Unless it's "D." I'm sure there's a collector who would be interested in that. 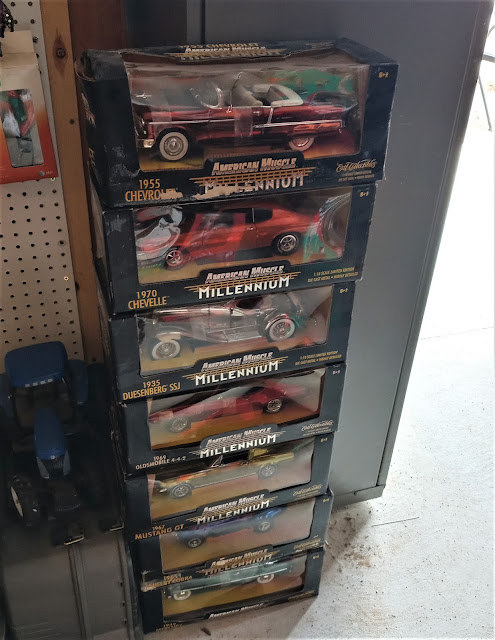