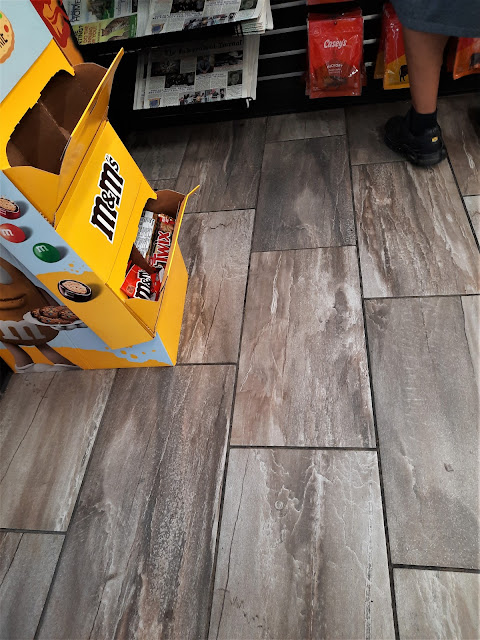 It's there! I promise! In that line of three tiles straight ahead, leading to the red package of beef jerky handing on the counter. It's in the bottom tile, in the dark color, about 1/3 of the way down. 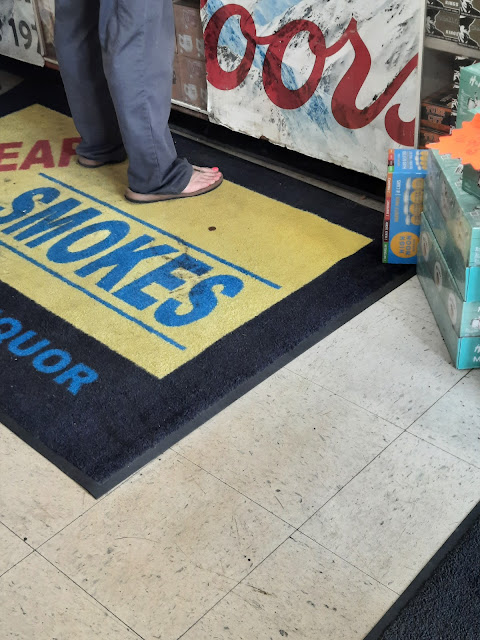 You can imagine how antsy I was, worried that somebody else was going to beat me to that penny! But I couldn't just rush forward, elbowing people out of the way all willy-nilly, like George Costanza smelling smoke at a child's birthday party. I had to wait my turn in line.
Silly me. I should have known that a Friday evening would have actual liquor customers inside the Liquor Store. Good luck for me, the #6 customer said, "Forget it," and left the store. Then I was behind #5, a friendly little gal who chatted with the rest of us to pass the time. She also dug into her purse to have her actual CASH ready to pay, and DROPPED A PENNY! 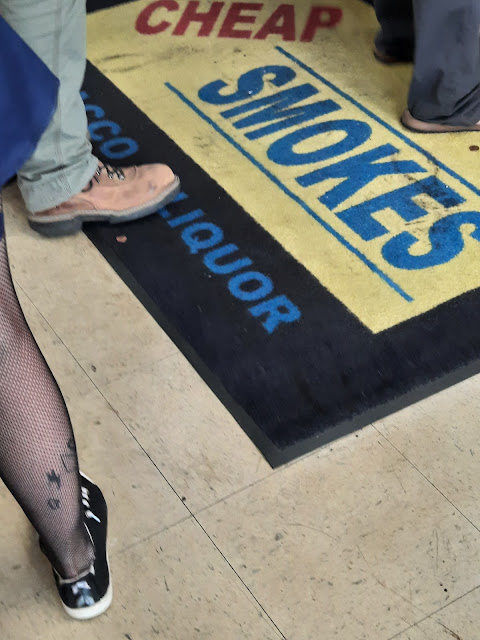