Inside, Outside, All Around Two Towns... It Makes CENTS to Keep Your Eyes Cast Down

It was a long time coming, but THURSDAY, April 22, I finally found my first penny of the week. I went in the School-Turn Casey's for scratchers, on the way home from my errands of T-Hoe gas and post office. I swear, when I slid out of T-Hoe, there were no coins in sight. You KNOW that's the first thing I look for. I looked around while letting my knees unstiffen, before closing the door and starting to walk. Nothing. Yet when I came out, THERE WAS A PENNY! 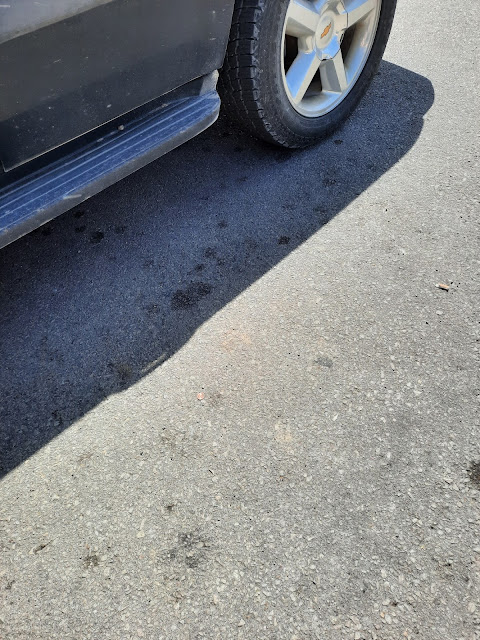 See it? Right there by that little poochy part of the shadow, from T-Hoe's door handle. Nobody was parked near me when I got there, nor when I came out. I didn't have to wait in line. That penny either materialized out of thin air, or the angle of the sun kept it invisible until I walked out. Hmm... I wonder which of those theories is more plausible? 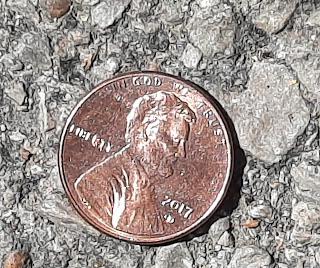 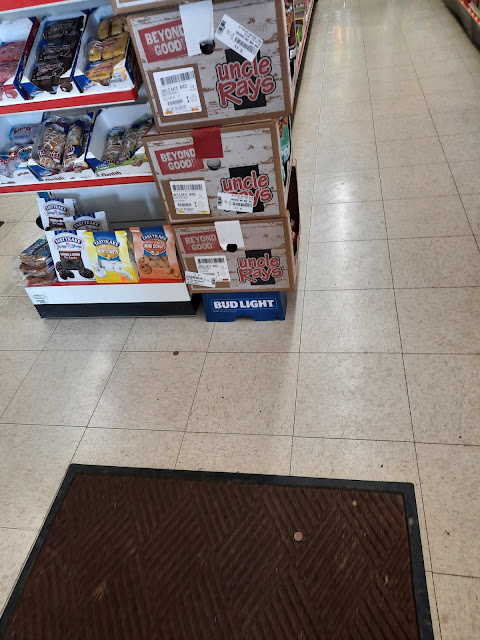 Waiting for me were TWO pennies! Of course I whipped my cell phone out of my pocket like John Wayne drawing a six-shooter! That way, anybody coming in behind me would see that I was staking my claim. In fact, a woman DID come in behind me, and after a short huffy exhalation, went down the left aisle to the back cooler area. I'm sure the huffing was because she wanted my rightful pennies! Not because my ample rumpus was waving in the breeze... 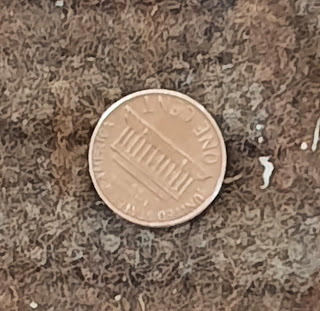 The first was a blast from the past, a face-down 1969 penny. It probably contains actual copper! 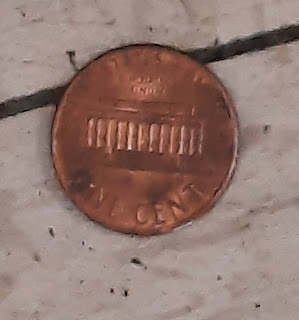