MONDAY, April 12, got my penny week off to a good start. I had stopped by the Backroads Casey's for scratchers, even before the Gas Station Chicken Store. That's because from the stoplight, I can see part of Casey's parking lot. No, I don't have such good vision that I can spot a penny! I do well to discern whether there is room to park in front of the store. Their lot is cramped by the gas pumps.
I took the alley behind the GSCS, across Hick's pharmacy CeilingRed's parking lot, and pulled up to the sidewalk in front of Casey's. I noticed nothing fit for harvest on my walk in. But when I came out, the sun was just right. 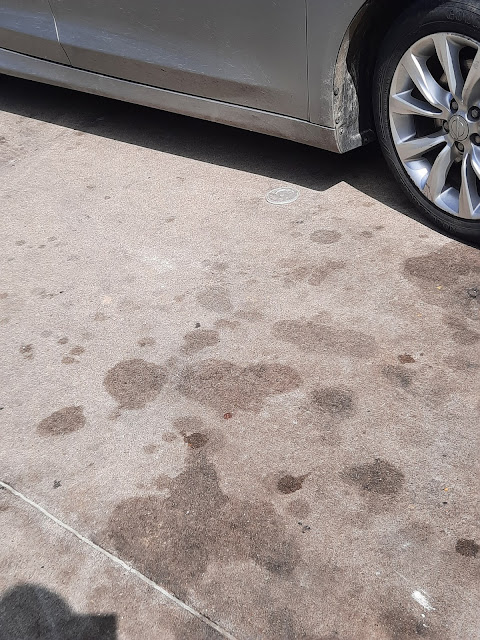 There it is, under the grease spot that looks like a heart-shaped cloud hanging over the head of an obese giraffe. 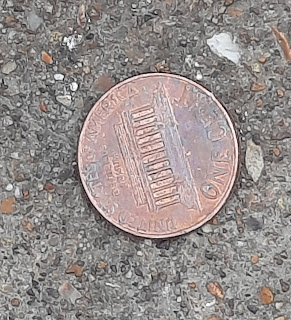 It was a face-down 1998 penny. The side with Abe's face was all skinned up. Like he was playing baseball, and slid into home plate face first. Or maybe was caught under a car tire that was peeling out.
__________________________________________________________________
WEDNESDAY, April 14, my well-laid plans were skewed all cattywompus when the Gas Station Chicken Store had a broken LOTTERY TICKET READER! That meant they couldn't cash in my winning scratchers, so I went places I didn't intend to go. Like Country Mart.
I was heading way down to the end, where I can park with certainty that T-Hoe's door will not be blocked. Then I decided to stop where I was, and trust that a ne'er-do-well would refrain from parking in the no-parking striped zone, thus making T-Hoe's door just as safe. 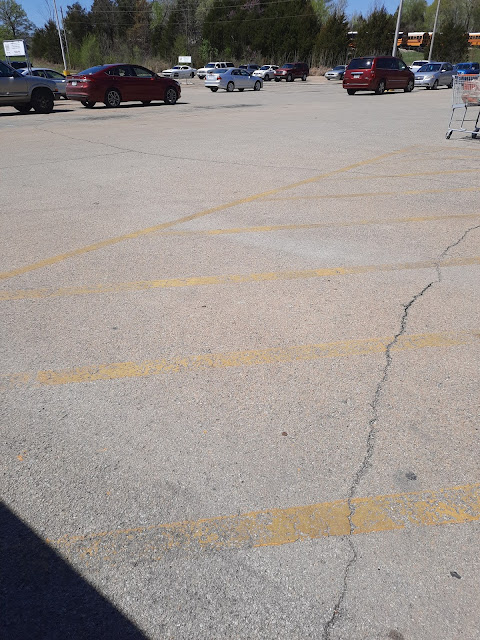 I was obviously meant to park there, because when I opened T-Hoe's door, there was a penny waiting for me. 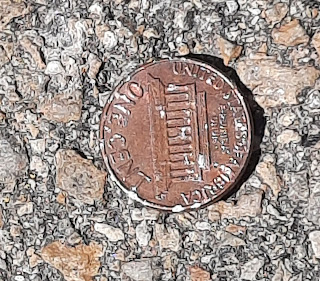 It was a face-down 1975, showing his age. Val's Future Pennyillionaire Fortune ice-cream dish goblet. Where old pennies go to not-die.
From Country Mart, I headed over to the Liquor Store. I had tickets to cash in! A car was in the parking space where I usually pull through, to be ready to leave their small lot. So I parked in the space in front of it. You know what happened, right? I was meant to park there! 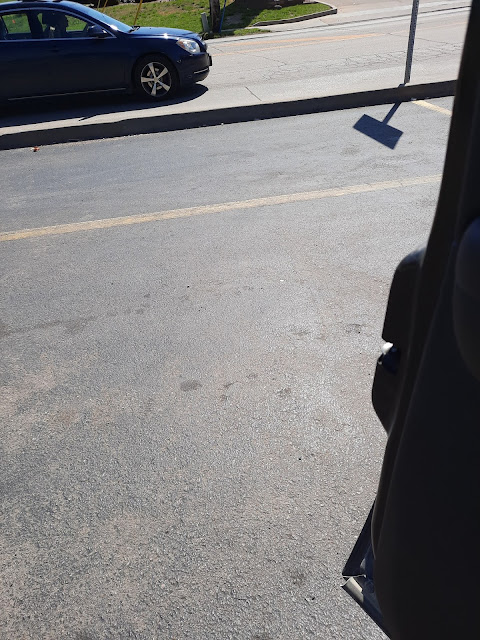 A penny awaited my plucking! I saw the glint before I even stepped out. Look at the thin shadow from that sign, and follow where it would go if it reached across the yellow parking line about the same distance it is on the other side. Then you'll see the glinty hint of my penny. 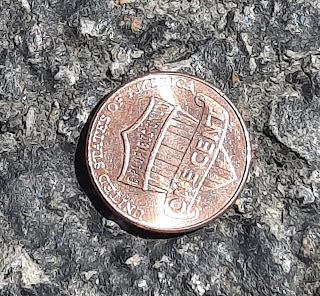 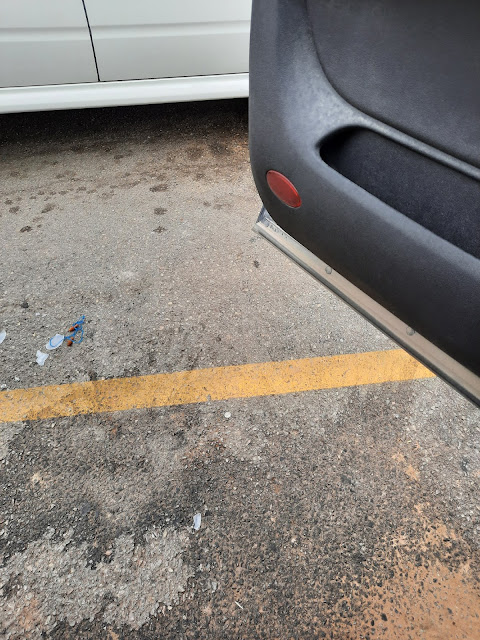 No, not the waxy smashed earbud thingies in the other parking space, but the DIME waiting for me by the yellow line. 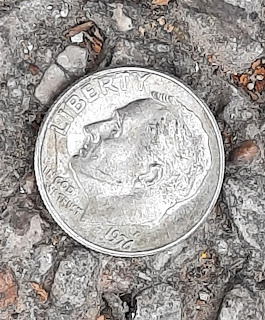 It was a heads-up 1976 FDR dime. He's looking pretty chiseled here. As you might imagine, I was THRILLED to find a DIME! Little did I know that there was another one waiting for me at home!
I usually don't count a home coin in my tally. But this one was in the washer as I was getting out my load of socks and underwear. I heard a CLINK, and saw Franklin Delano Roosevelt looking up at me from the bottom of the washer! Hick had done a load of shorts and underwear the previous afternoon. Looks like he didn't clear out all his pockets. I had no claim to that dime, which is why I TOOK IT!
I didn't get a photo of the bottom of my washer. It's clean! It's a WASHER, by cracky! It washes itself every load. But my phone was across the kitchen, and I didn't want to walk all the way back to get it. I'm kind of lazy like that. I'm sure that comes as a shock to you. Anyhoo... I CAN give you an electronical artist's rendering: