2022 is off to a good start in the Future Pennyillionaire department. On TUESDAY, January 4, I was off to the Liquor Store for scratchers. On my way in, I spied a pavement treat awaiting my arrival. I turned around to snap its picture. 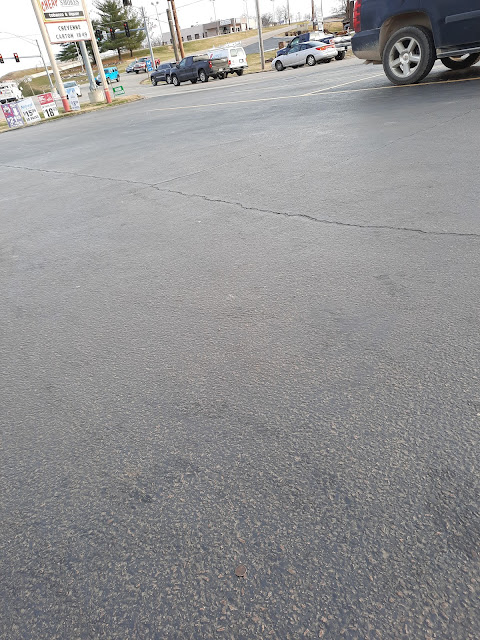 Yes, it's really there. At the bottom edge of the picture, near the middle. 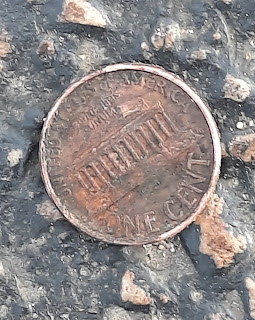 It was a face-down 2001 penny, a little rough around the edges. You would be too, if you'd been run over by drinkers and vapers and scratcher players!
I went into the store with a $40 winner, and let another customer go ahead of me. It takes a while to select scratchers. He thanked me, and bellied up to the counter with his alcohol. That's when I noticed that my good deed had been rewarded. 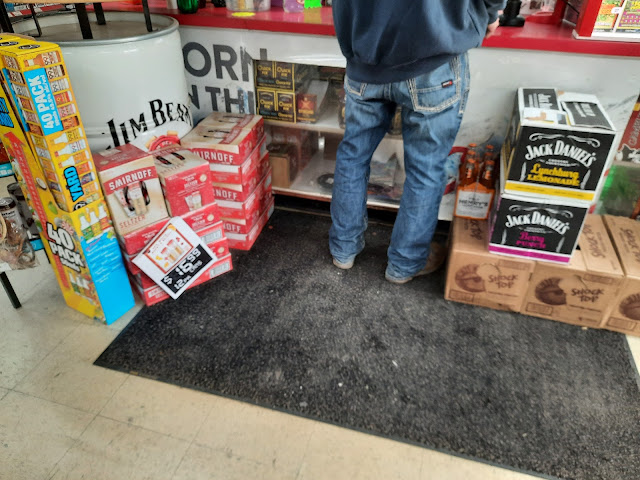 So much to see here! No, my reward was not the cases of Jack Daniels and Smirnoff, nor the intriguing 40-packs of shooters, or whatever those little airline size bottles of liquor are called. Try to get your attention off that cowboy's bowed legs and rumpus, and look near his boots. 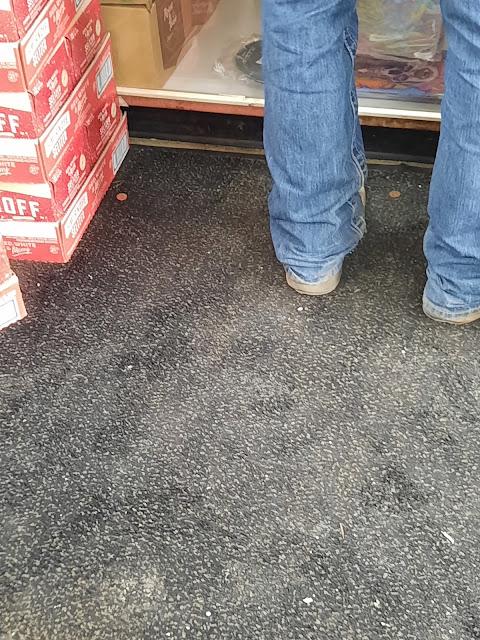 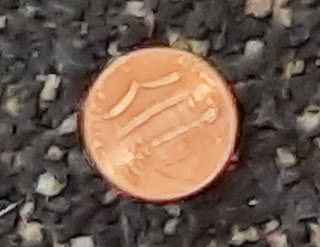 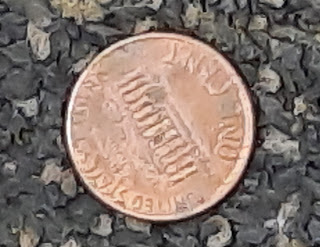 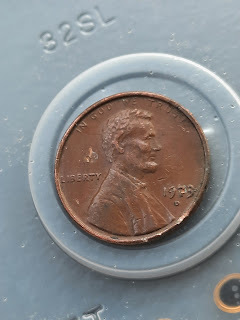