A PENNY Quintet For Val

A sweet week for Val's Future Pennyillionaire Fortune!
SUNDAY, January 9, I stopped by the Backroads Casey's for scratchers. I haven't been in there much lately, because their parking is tight, they've been busy, and the upper part of their lot was blocked off for some kind of concrete or gas tank work. Looks like I picked the right day to show up. 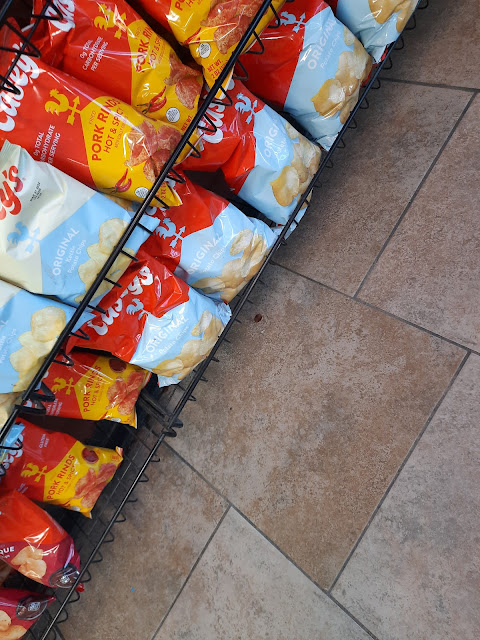 A little friend was waiting for me under the store-brand chips at the counter. 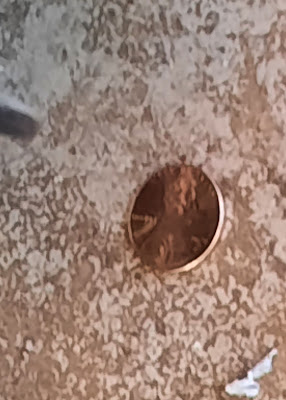 It was a heads-up 2019 shiny penny. I wasted no time in nabbing that fellow.
Back out in the suspiciously empty parking lot, I noticed a treat I had missed on the way in! 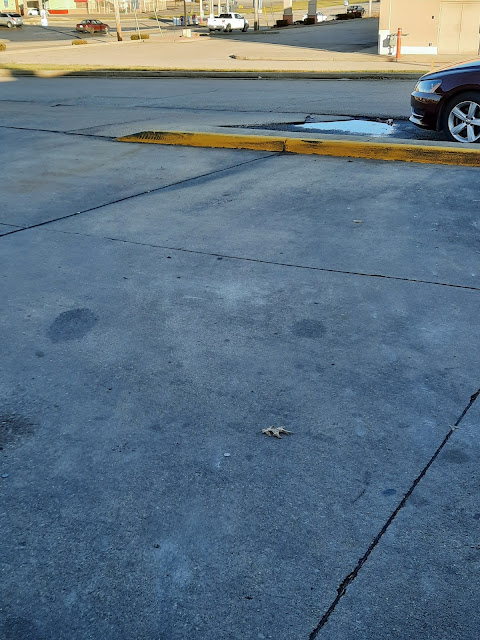 There it is, by the leaf! In the background, on the left, down by the stoplight, you can see the parking lot of the Liquor Store where that red car is. Just so you know the landmarks. 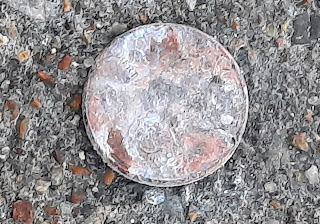 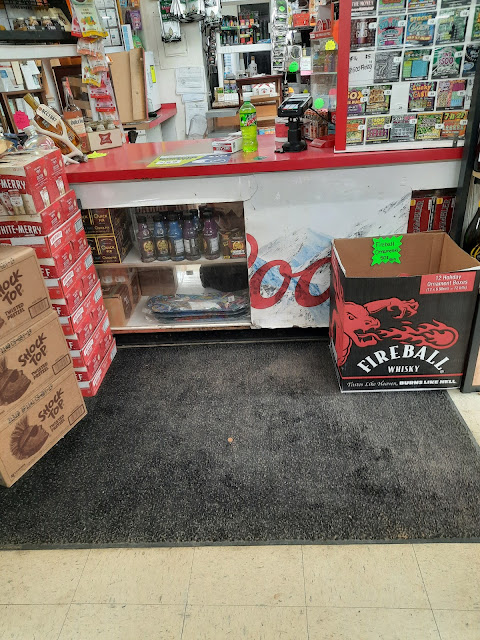 I got the picture as an addled gal wandered out of frame. She said she was feeling no pain, and the cashier replied, "Good thing you told your work not to call you in!" 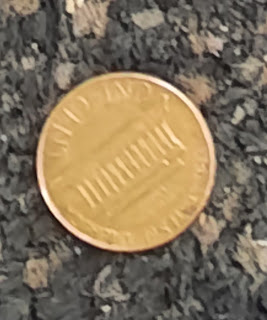 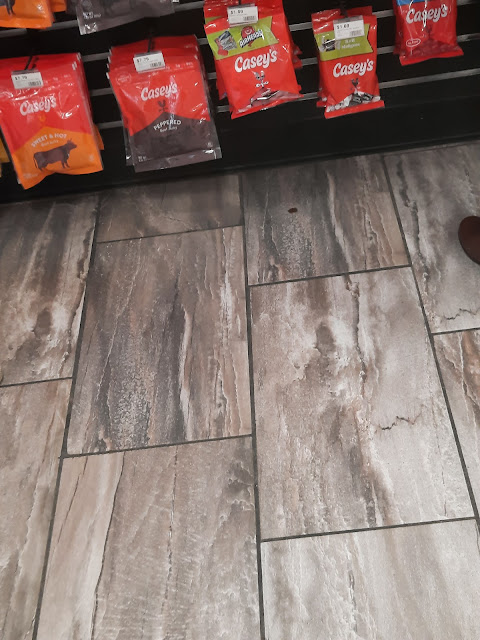 Woe were the customers who kept their heads up and missed this jewel! 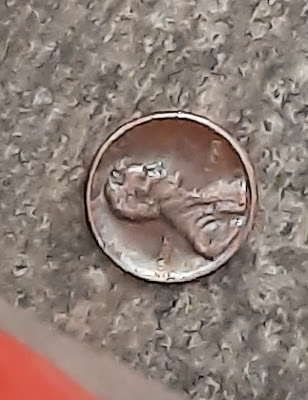 It was a heads-up 1990 well-worn version of Abe Lincoln.
Back outside to pump the gas I pre-paid for, I discovered a penny I had missed on my way in! 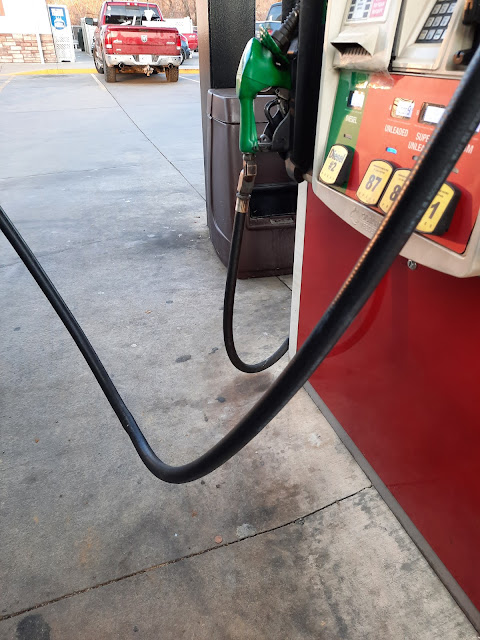 I must have trod right over it, unless the guy pumping on the other side had a hole in his pocket, and donated that penny unknowingly while I was inside. 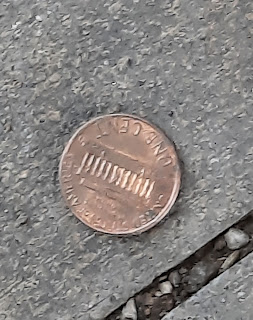