Has a Message Been CENT?

I'm starting to get the feeling that I need to make a change. Heh, heh! CHANGE! As in coinage. Perhaps I need to adjust my daily 44 oz Diet Coke route, to get to town earlier. Because my penny harvest seems to have withered on the vine. Only ONE penny this week! 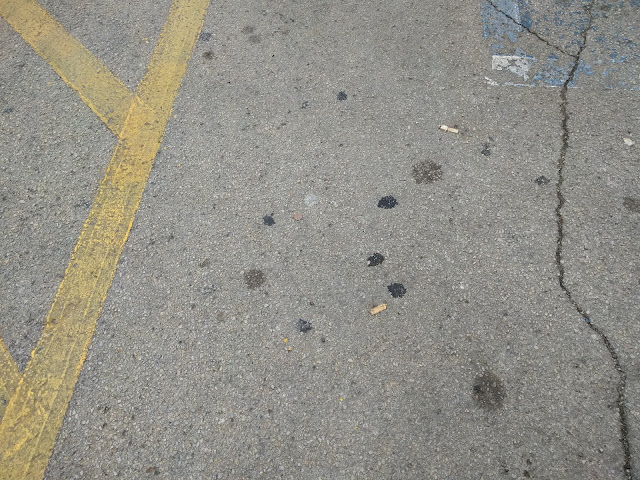 TUESDAY, July 9, I almost missed it. Would have missed it, except that my regular parking spaces along the building were taken, and I had to park out in the main part of Country Mart's lot. On the way back to T-Hoe, I spied it. Give me some props for that! I bet YOU can't see it. Almost dead center in this photo, between those two dark blobs, the right one kind of pointing at it like an arrow. 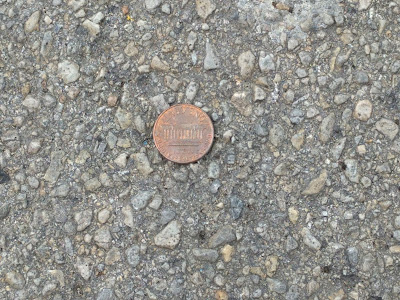 It was a 1975, face down, giving me false hope for a pennyful week.

Let's look back... THERE! Hope your head isn't spinning from that rapid trip in the wayback machine. Since Saturday, June 22, until now, Saturday, June 13... I have found only TWO PENNIES! That's two pennies in three weeks! Only 2/3 of a penny per week! The pickin's are slim.

Here's a message I've been getting this week concerning my scratcher play. No matter how many tickets I buy, or whether they're the $5 tickets or $10 tickets... I have had one winning ticket each day, worth ten dollars. What kind of message is that?

Also from the wayback machine, there are many stories of how my mom used to give me five dollars every time I took her some leftovers and gently-read National Enquirers and Globe tabloids. So I referred to myself as the Five Dollar Daughter. A couple times, she gave me TEN, so I was promoted to the Ten Dollar Daughter. I did a blog search of it, and got a list of out-of-order posts about my adventures with Mom.