Two CENTS Are Better Than None

It was slow-going on the penny harvest this week. Nary a sprout, nary a blossom, no sign of fruit about to be borne. Until THURSDAY, June 17. I went in the Liquor Store to pick up a couple scratchers for Hick, for Father's Day. Shh... don't give it away.
I almost drove on by, because the Red Bull truck was backed up to the door, and there was a line of cars at the drive-thru window. But there WAS a parking space that was convenient for me. So I resigned myself to a wait inside. Lucky for me, there were more cars than people. Only two ahead of me. As I stepped up to be next, I saw it! 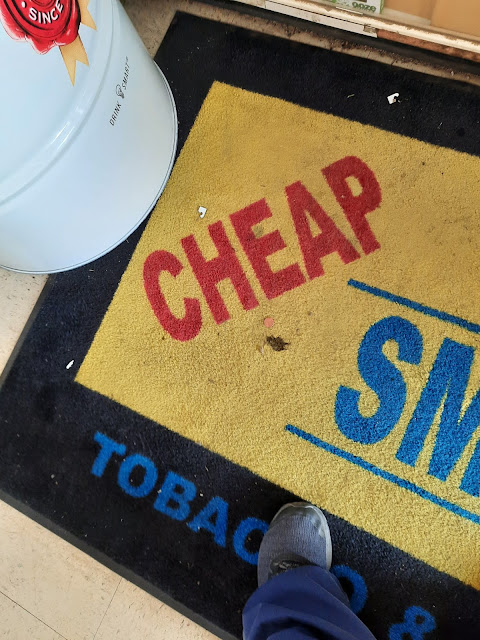 Careful. Don't think that glob of chew, or random dirt, is the penny! The Liquor Store is not going to make any list of tidiest convenience stores. 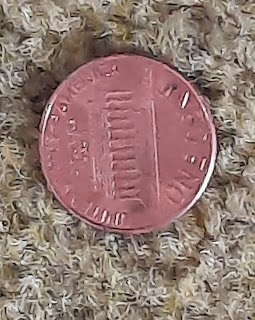 It was a face-down 1999 penny, shown in extreme close-up because my phone camera's 3 lenses have minds of their own. I think they do a round of rock/paper/scissors to decide which one snaps the pic.
On the way out, something in the parking lot caught my eye on the way to T-Hoe. Of course I stopped to get a picture! 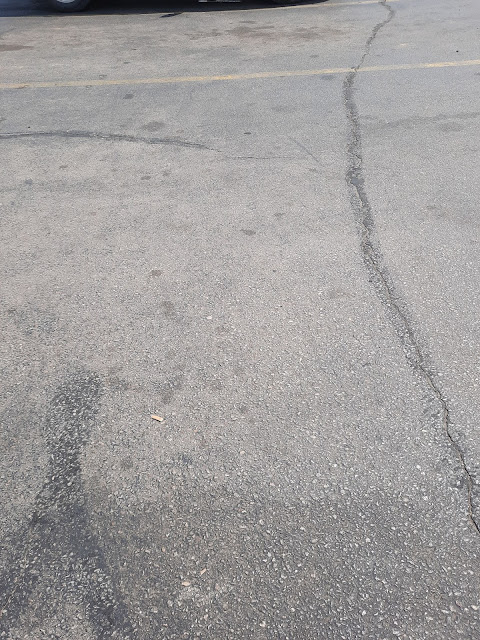 Not a very interesting picture. It's like one of Hick's photos! All surroundings, tiny subject. There's the penny, above the cigarette-rumpus. 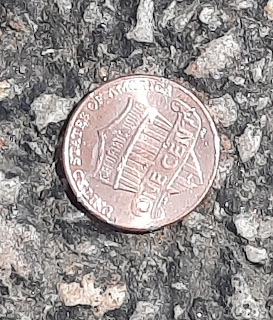