Val Goes To the Casino So You Don't Have To

I'm a giver like that! Uh huh. This isn't a case of bragging. I'm SHARING my experiences, so you can kick back in your La-Z-Boy and live vicariously through Val. I understand that some of you might not feel comfortable leaving your home, touching surfaces that have been touched by a myriad of people in assorted stages of health, eating food touched by other humans' hands, and breathing questionably-filtered air that can't even have SMOKE removed from it. So I will gladly do it for you.

Wednesday afternoon, after lunch, Hick went to the front of the casino, and The Pony and I turned right, to go along the back wall near the restroom area. The first bank of slots I came to, just past the bar, was Wonder 4 Spinning Fortunes. I've never played it, but of the four game choices, I picked my favorite, Buffalo Gold. I put it on all four screens. The minimum bet is $2.40, which is 60 cents per game. I played that a while, getting some bonuses that paid around $27, and $5, and $17. It kept me playing. I had put in a ticket worth $20, and when it ran out, I put in a $20 bill. 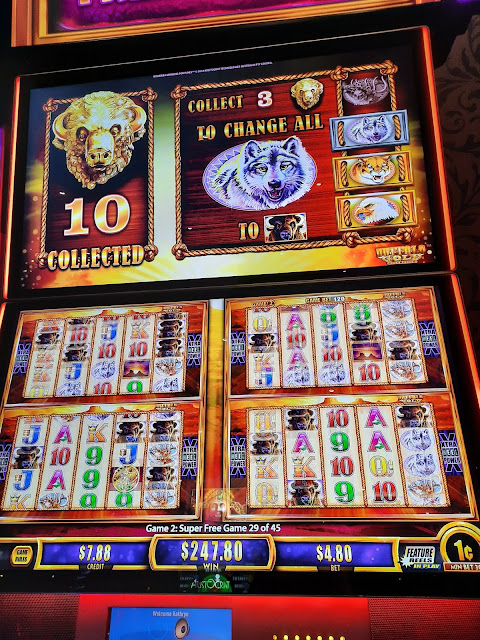 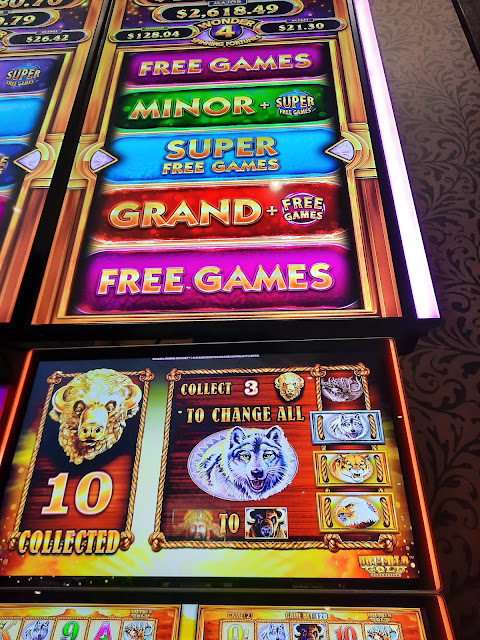 That means four screens playing at once, instead of a single screen that’s the regular Free Games bonus. Right away, I started getting two gold coins, which gives an extra 5 games. I was also collecting buffalo heads. I took these pictures to show you my amassing fortune, and that I had SO MANY free games! Little did I know that I would have something even better to show you later... 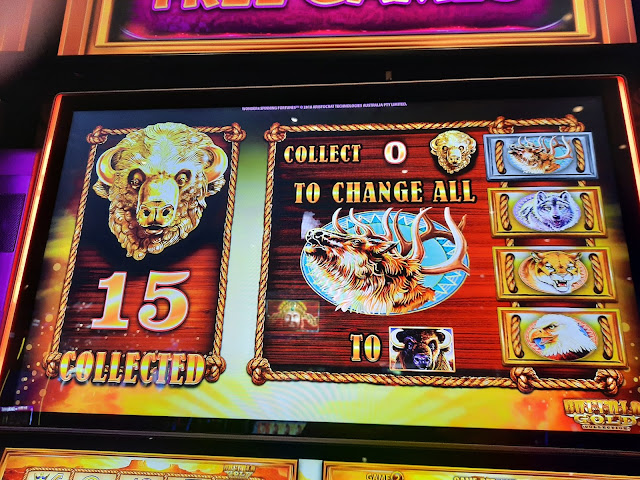 That bonus gave me ALL 15 Buffalo Heads! (First time I ever got all 15.) That means four other symbols automatically turned into Buffalo Heads. Which pay a LOT if you get them all the way across the five columns. AND I was getting the 2X and 3X bonus sunset symbols with them.  I also kept getting more free games! A total of 60! 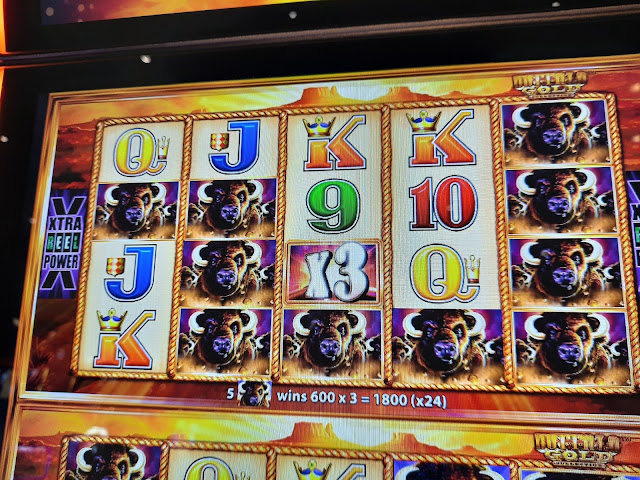 This one screen paid me $18.00 x 24, which is $432.00! As you can imagine, my total winnings were growing rapidly! I snapped that picture, and was then astounded to see THIS ONE come up: 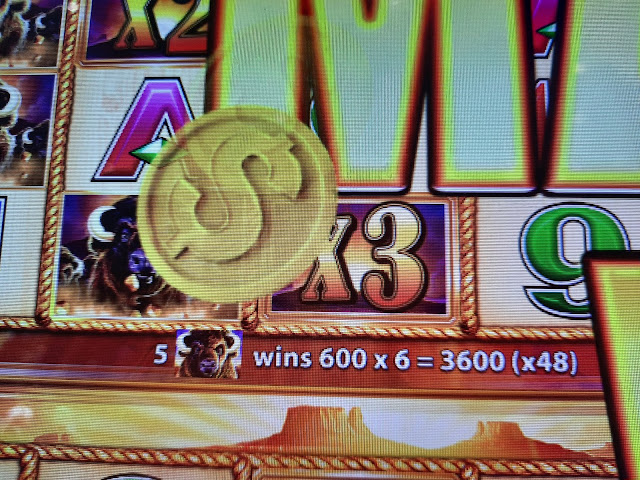 THIS ONE SCREEN ALONE paid me $36.00 x 48, which is $1,728. That's a hand pay! I was having a blast! Sorry for the extreme close-up, but I was distracted by the thought of my VERY FIRST hand-pay. That means it's too much money ($1,200 or more in Missouri), and taxes must be taken out, so you can't just cash out a ticket. The virtual gold coins were cascading across the screen, and those big letters are spelling out MASSIVE WIN.

A cocktail waitress had stopped behind me, commenting along. Not in an intrusive or tip-seeking way, just watching to see what I’d get. She said, “I bet it’s going to be around $8000.” She’s either psychic, or has stood around watching a lot of bonuses! 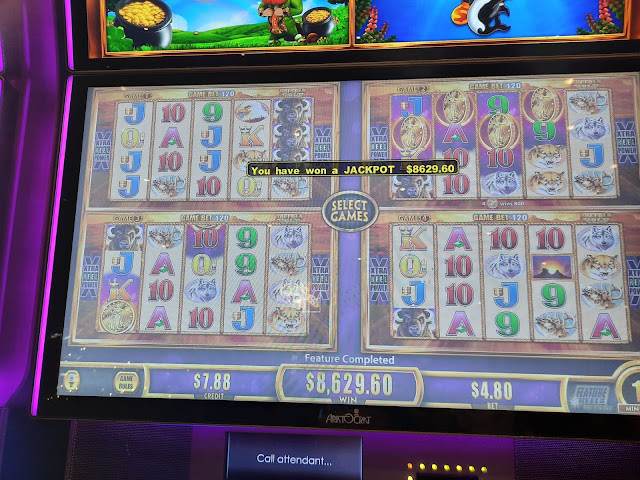 More about the pay-off, on Sunday.