Smell That? It's the sCENT of a Future Pennyillionaire on the Wind!

SATURDAY, June 13, once again too late to add to the Saturday CENTSus that had already gone to press... I found a NICKEL down by the mailboxes! It was in the road. I only noticed because I was being careful not to roll a rock under my sole and take a tumble.

It's there, I swear! See the two bigger rocks, level with each other, about 1/3 up the picture from the bottom? If you use them as the bottom corners of a triangle, and look up where the top corner would be, and zoom in... that's the nickel's edge, next to the two smaller rocks, as shown in the closeup. 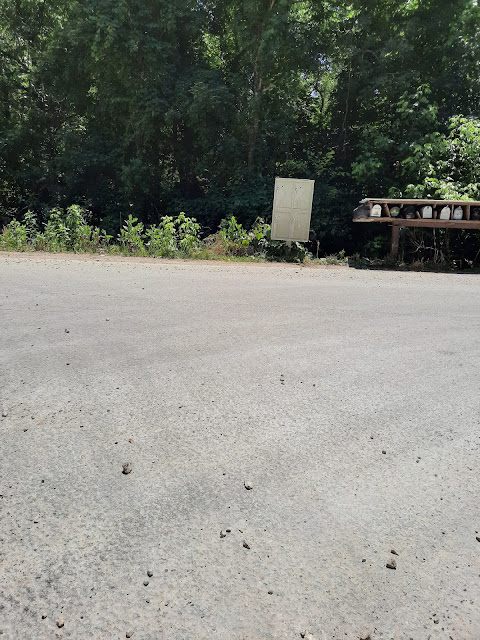 It was a face-down 1976 nickel. My VALEDICTORIAN year! 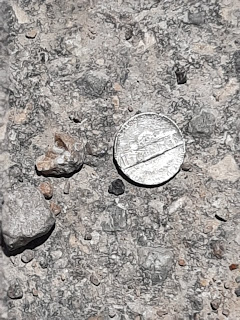 MONDAY, June 15, another NICKEL found me! 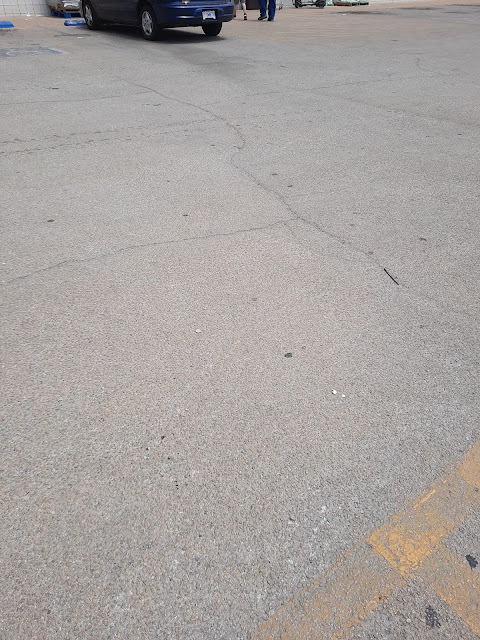 I had stopped by Country Mart for scratchers, and totally missed it on the way in. To be fair, I was scurrying along to cross that strip of parking lot, because the driver (who backed out from the space where I was standing for the picture later) had motioned a lady and three kids across. So I took advantage. 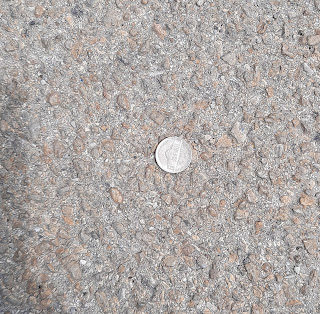 THURSDAY, June 18, I popped in the School-Turn Casey's for scratchers, and spotted a treat just below the sunflower seeds. 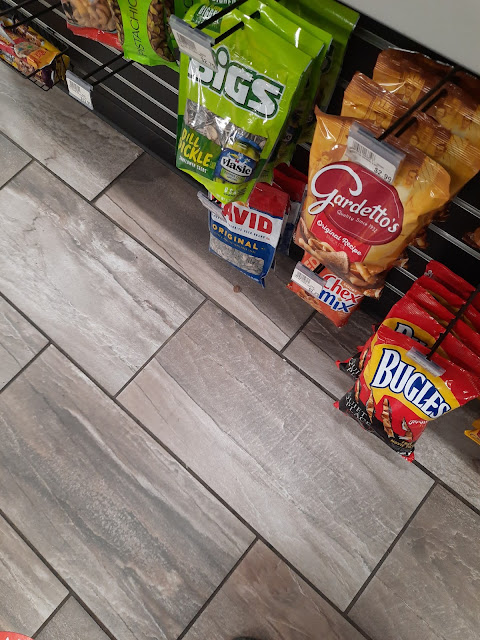 Good thing I'm observant! I got my pictures while the cashier was tearing off my tickets and refunding the money from my winner. 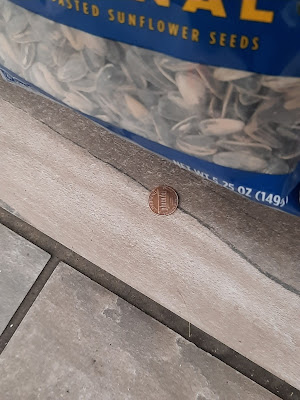