Will Genius Pick a Peck?

Genius is still toiling out on the North .40 with his pepper crop. He sent more pictures on Wednesday, from his balcony field.
"Got your letter. My plan is indeed to pickle some and freeze some of my extra peppers. Plus hot sauce." 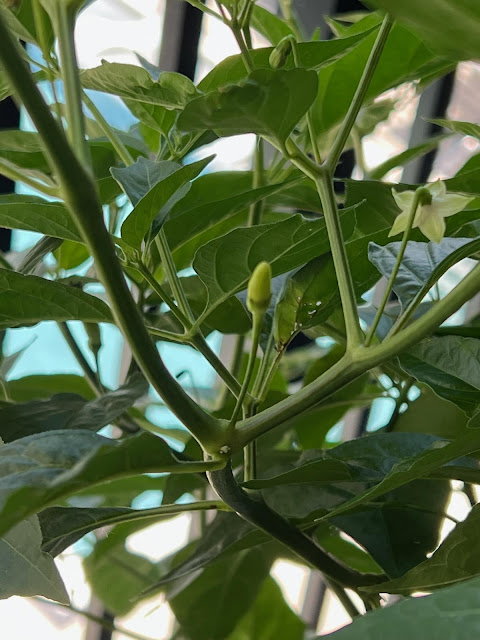 "My two other varieties are also starting to fruit! This one is a Tabasco."
"They look healthy. City air must agree with them." 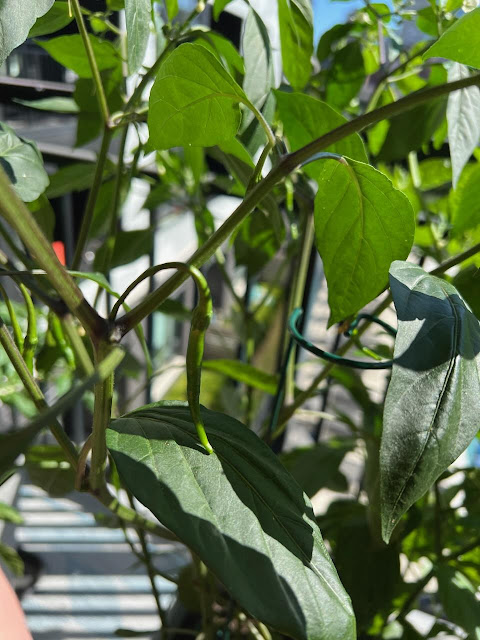 "These are all Cayennes." 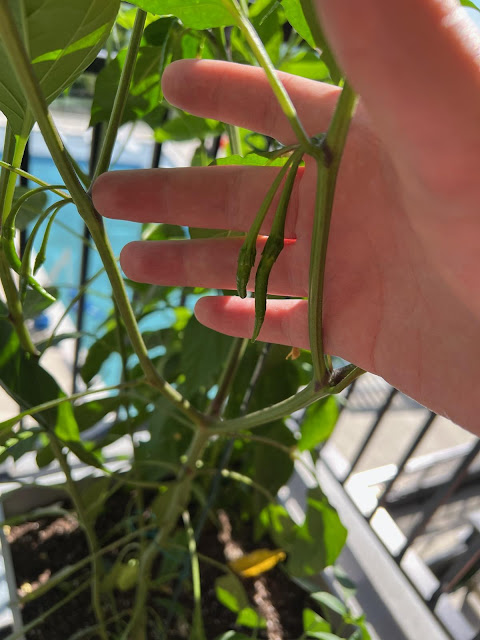 "Hope you can pick a peck for pickling peppers! Though not the Cayennes."
"The Tabascos will be the best pickled, I think. I plan to make a sweet chili sauce with the Cayennes. The Habaneros will probably be my hot sauce base."
"You are spicier than me!"
"I'm just hoping they have time to ripen and stay healthy. Had a pest scare with aphids a couple weeks ago that I got under control quickly. But the two Habenero plants have been wilty for the last week or so and I can't figure out why."
"All I can think of is water. Too much or too little. Are they desert plants?"
"They don't like to be too wet, but they aren't quite desert plants. Watering helped at first and they perked back up for a day or so, but now they are sad again and they're too wet to water again so soon."
"They will make you worry over their health like a toddler!"
"They also perk up in the shade in the later half of the day, but if anything they already get not quite enough sun on the balcony, so I don't think that's it."
"Fertilizer? Like a plant spike?"
"That last watering also included fertilizer. I didn't expect a solution from you, haha, just complaining."
"I hope they pull through."
Well. I am a bit insulted that Genius doesn't think I can diagnose why his peppers are under-the-weather! It will be interesting to see what he makes of his harvest.
Posted by Val at 8:00 AM