Sometimes, Val's best-laid plans are altered due to a hunch or a twist of fate.
SATURDAY, October 23, my first stop was Orb K. It's easier to go there on the way home, as my last stop, but I risked the pull-out traffic upon leaving, because I just had the urge to go there NOW. Lucky me! While buying my scratchers, I found a treat: 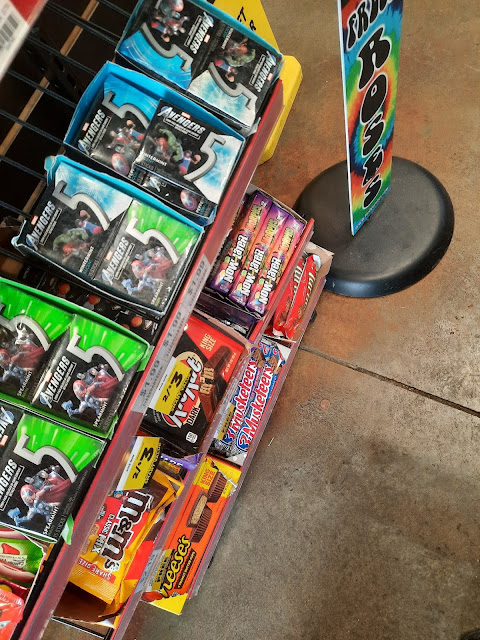 As you can see, I found A LOT of treats! But I'm talking about the zero calorie treat, that PENNY waiting for me to pick it up. 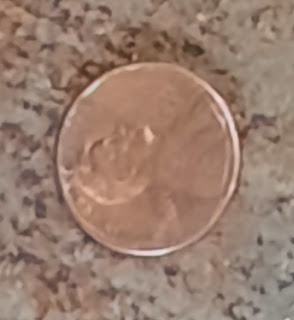 It was a 1991 penny, heads-up, looking blurry since my phone camera can't decide to focus on where I touch my finger, or the background tile. Good thing I stopped there first. Not only did I nab that penny, but the two $3 tickets I bought turned out to be $6 and $20 winners. That is rare on consecutive tickets.
____________________________________________________________________
SUNDAY, October 24, I got a really late start to town. It matters, even though it's the only place I have to go, because the Gas Station Chicken Store closes at 5:00 on the weekends! So I risk missing my magical elixir if I'm too late.
The trip didn't start well. In my initial attempt to procure scratchers, I left the parking lot of the Liquor Store in a fit of pique, because three people were trying to walk in from one of the six parking spaces down front. Three of them were still empty. I planned on parking in one of them, but a car came in the exit, and almost hit T-Hoe head-on, barely missing those three people. With the line of drive-thru cars behind me, and my exit blocked suddenly, it was like the most dangerous traffic circle in the world, in Ho Chi Minh City!
I finally escaped, and went to the dead-mouse-smelling post office to mail my AT&T bill. Of course I had to walk it inside, since the one I mailed from the drive-thru mailbox was missing for a couple months, and then came back to me saying UNDELIVERABLE. Even though it was in the proper return envelope, address showing.
I walked around T-Hoe's rear to ascend the post office steps, and saw that I was in the right place at the right time! 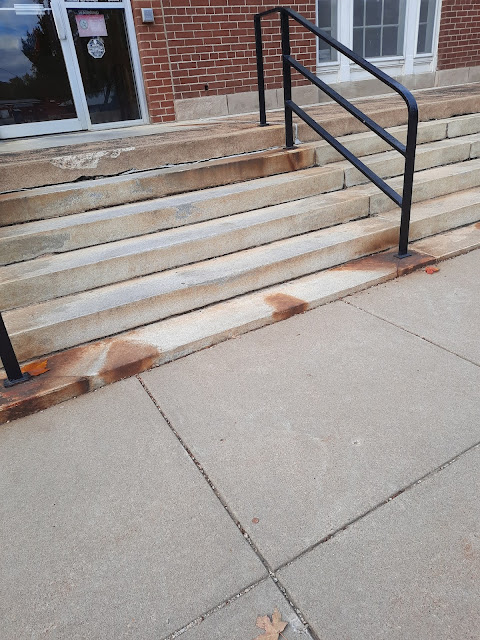 A penny lay in my path. Of course it did. Meant for ME! 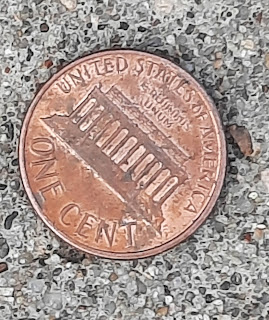 It was a face-down 1986 penny, ripe for the picking. So I picked it. Put it in my shirt pocket, and took my bill inside to put in the wall receptacle. On my way out, I was once again rewarded! 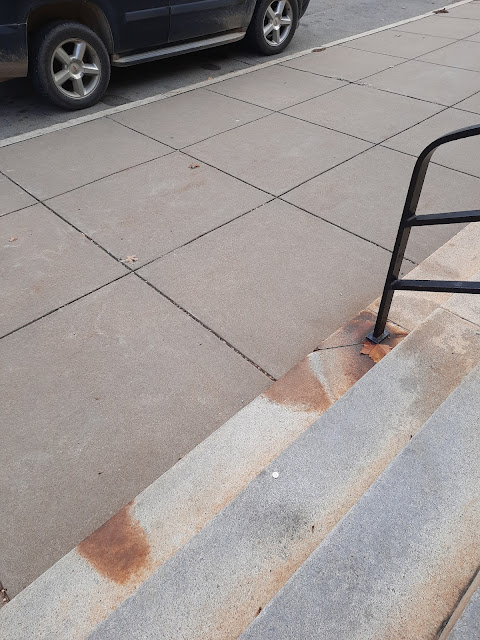 A nickel awaited, where I had seen no nickel before! Yet it was there all along, as evidenced in my first picture with the penny. I'm slippin'! I had walked right past it! 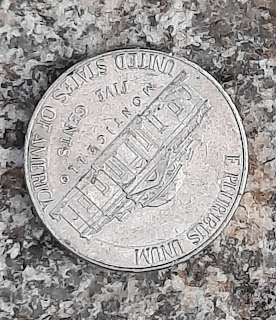 It was a face-down 2013 nickel, so crisp in detail on this cloudy day. From here, I continued to the Gas Station Chicken Store, and purchased my 44 oz Diet Coke and scratchers about 25 minutes before closing. The parking lot of the Liquor Store was clearer, so I headed over there for my other scratchers.
My timing was impeccable! Standing at the counter waiting on the gal to scan The Pony's Cash4Life draw ticket winners, I turned to see a beautiful sight: 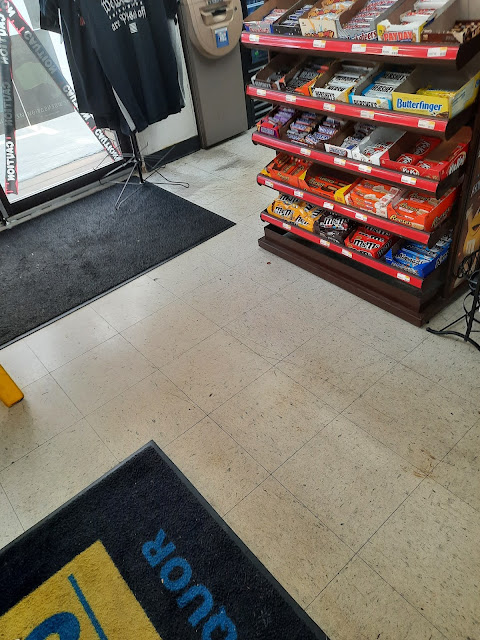 No, I don't mean the candy bars! What's at the bottom of the rack: the penny! 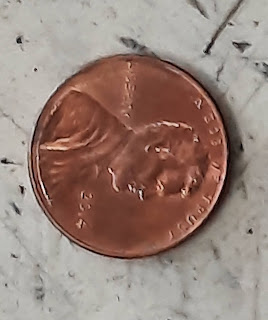 It was a heads-up 2014 Abe Lincoln specimen. Fallen out of someone's pocket, perhaps, and missing the party. But wait! 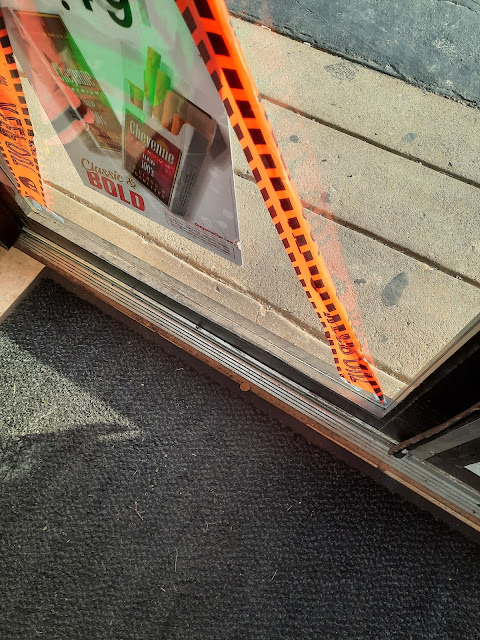 On my way out the Halloween-decorated door, I spied ANOTHER penny! 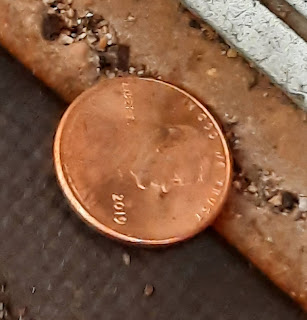