Val Experiences a Spooking, But Not in Her Basement

There oughta be a law! A law to prevent municipalities from spooking the elderly! I might need to talk to my sister's husband the ex-ex-mayor about that...
On Thursdays, I have errands over in Sis-Town. A couple weeks ago, I was driving down Main Street, after mailing Genius's weekly letter at the drive-thru mailbox on a street that's barely more than an alley. Once I turned onto Main Street, I let my mind wander to which scratchers I was going to buy when I stopped to gas up T-Hoe.
WHOA!
I hit the brakes. I thought I'd driven through the crosswalk with a person waiting to cross! My heart palpitated as I glanced sideways, ready to give the SORRY shrug to my almost-victim.
It was a stuffed fireman's suit on a ladder!
Yes, the farther I drove down Main Street, I saw more stuffed people. I should have been expecting that. When we had our annual meeting with our financial advisor the day before, at their Main Street office, I snapped a picture of a gal out front. 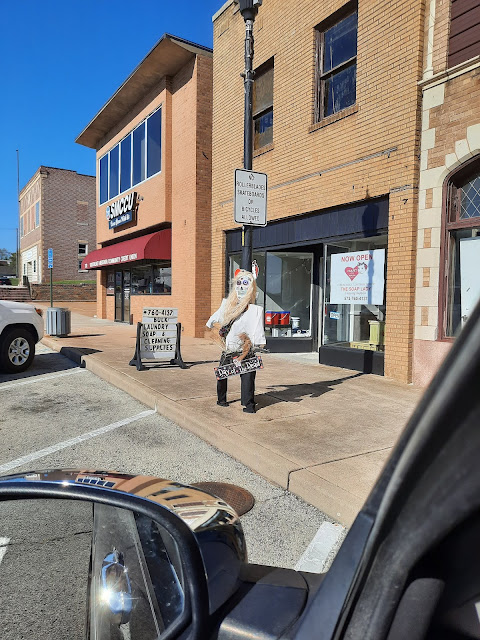 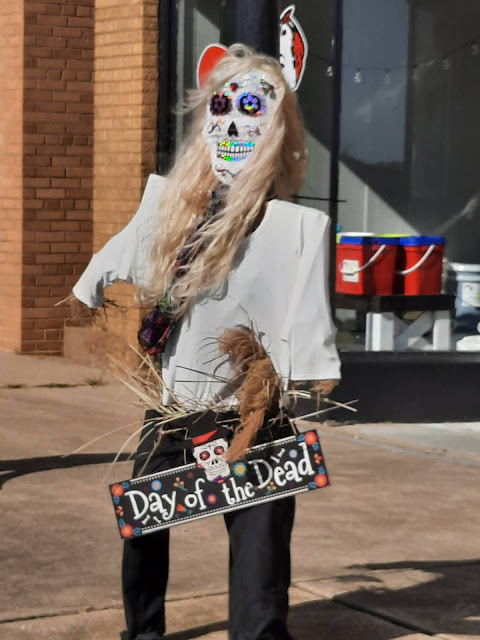 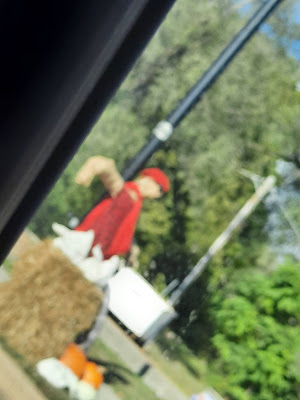 This guy is kind of blurry. I think he's either a hipster, or a jockey. Please consider the fact that I was taking these pictures while driving down Main Street. Not actually rolling, but sitting in traffic. I didn't get the firefighter on the ladder, because that one startled me so much. I had to get these others on my return trip. 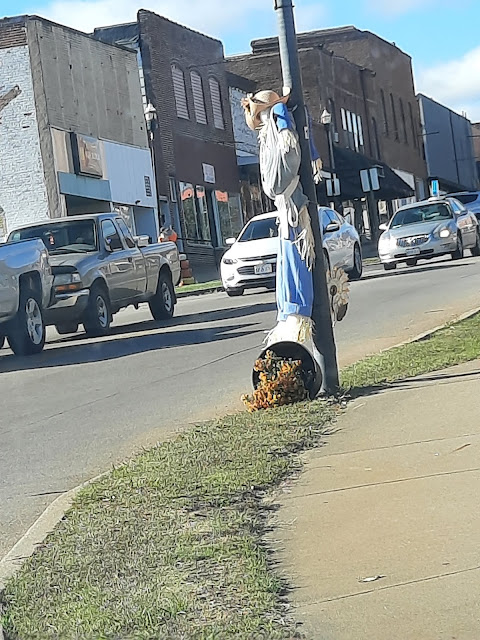 This one is maybe a ghost in a straw hat. Or a hanging angel hiding her halo. 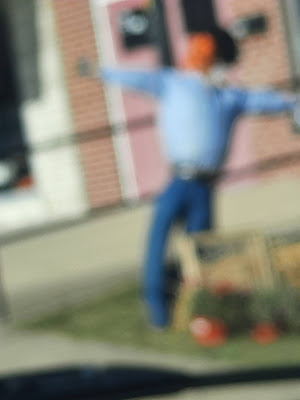 Blurry Pumpkinhead is a pot-bellied bow-legged cowboy. He's either imitating a scarecrow, or giving the universal sign for WTF. Maybe to someone who didn't stop to let him not-cross the road. 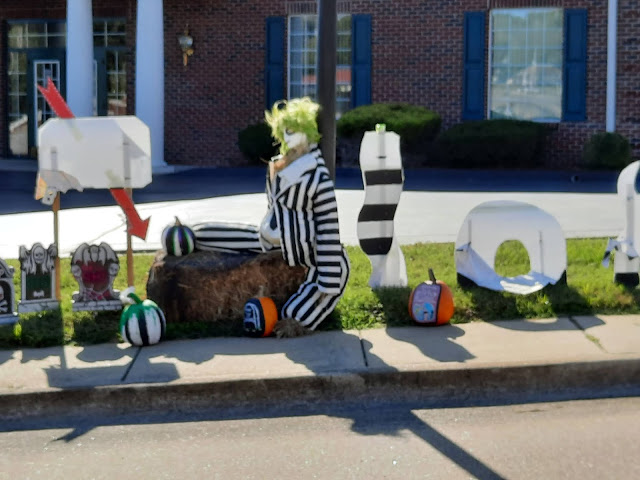 The best picture and the best figure was BEETLEJUICE! Though I AM concerned that he is doing something inappropriate with that haybale...
If only all the figures were as cartoonish and unreal as Beetlejuice, I would not think they were people about to walk out in front of T-Hoe. I wonder if the city hired a street decorator. Or if it was a contest for groups to contribute a figure. Surely there isn't anyone on the payroll permanently as a street decorator! We (and eventually The Pony) will be paying city taxes here now!
Posted by Val at 1:11 PM