WEDNESDAY, July 22, I dropped The Pony off at the cattle chute in front of Walmart, and tooled on over to the School-Turn Casey's for scratchers. Of course somebody had parked the wrong way, across three spaces, where I usually take up ONE of them. Dang it! So that's how we're gonna play, UNIVERSE?

I drove down to the other end. Parked on a sideways slant. I opened the door and started to slide out, but my foot didn't even touch the ground. Nope! Not going to drop down, not going to try to hoist my ample rumpus back up on the running board when I come out. Just NO. I backed out, planning to take my business somewhere else. But a car in the middle of the row was leaving, and two more followed. Okay. It's more level there. We'll give it one more try. 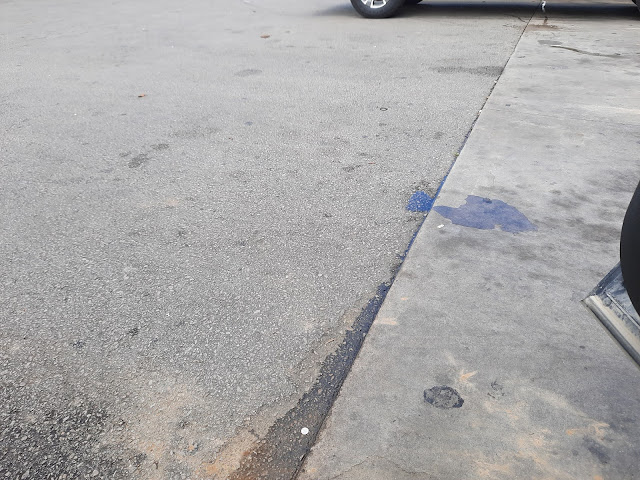 The minute I slid my foot onto the pavement, I saw it! 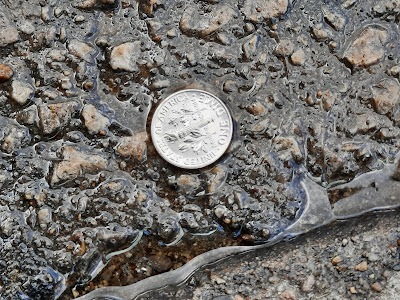 A DIME! From 2020, face-down. Shiny and clean from the rain. That lifted my spirits. In I went, to join the socially-distanced line, and purchase my (later-found-out-to-be losers). 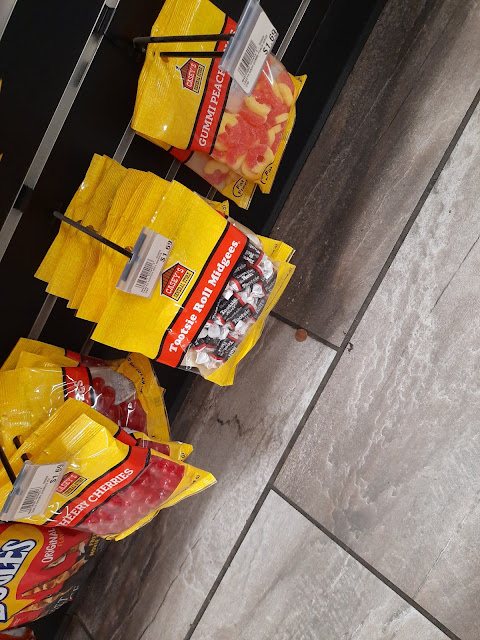 A PENNY was waiting for me! 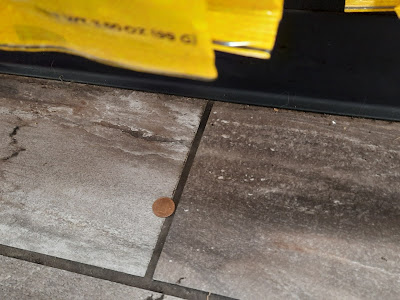 THURSDAY, over at the Sis-Town Casey's, waiting to pre-pay for T-Hoe's gas, I spied a precious gem upon the floor between the registers. Follow that center grout line all the way to the counter. It's there at the junction of the last horizontal grout line. 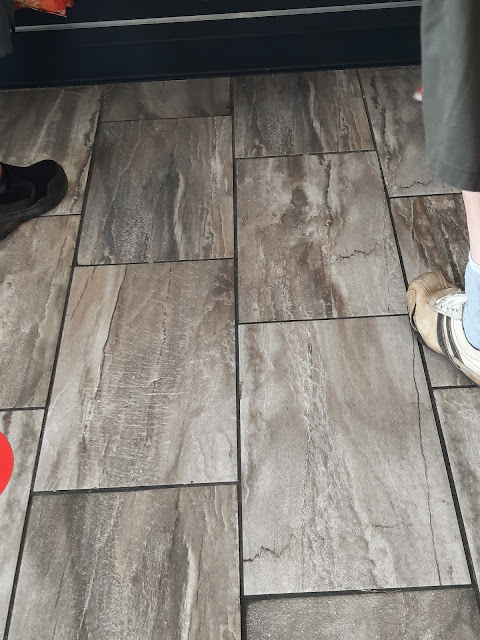 No close-up of this face-down 1964 penny. Long story, long line.

Both registers were open. One man was at the left register. A lady at the right. The waiting customers had made a single line, with the front person ready to take whichever register became available. The's how it should be, but it's awkward with the distancing. I was fourth in line. Another four people came up to join behind me. They were lined up back to the bathrooms!

Anyhoo... I saw that penny, and I really, really wanted it! Just like any other addict. I got my picture, intending on a close-up when it was my turn. With the plethora of people staring daggers at my back (don't even think about my ample rumpus!), I settled for sliding the penny towards me with my left foot. No sense in impaling an eye on a metal candy-holder when I picked it up.

Here's the weird thing. That guy on the left? Had dumped a giant pouch of pennies on the counter, and the clerk was counting them up. I'm pretty sure that was one of his pennies. Oh, well! You snooze, you lose! To be fair, the Casey's chain has put up signs asking for change. So it's not like the guy was an alcoholic pauper trying to redeem his stash for beer. I saw him come out with a sandwich, soda, and snack. Money is money! Now it will take HIM longer to become a Pennyillionaire.