We ate Hick's birthday dinner in the restaurant of High Winds Casino in Miami, Oklahoma. Of course Hick had a steak with baked potato. And some sauteed vegetables. 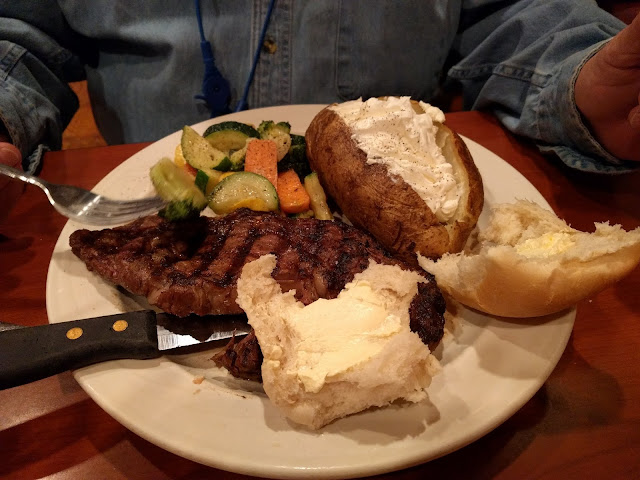 The Pony had a steak with baked potato, too. And onion straws. 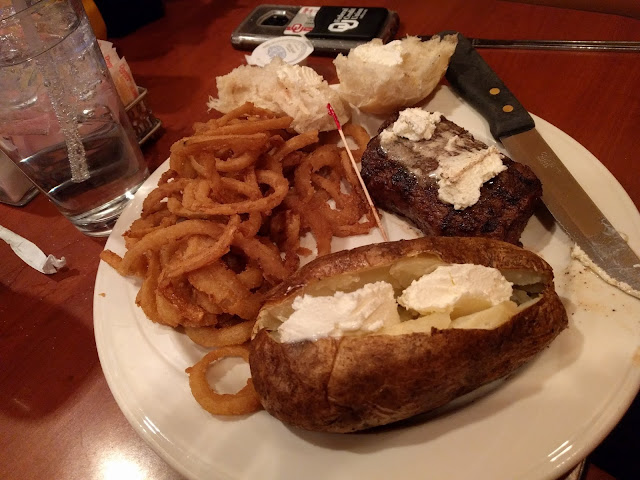 I had a Reuben, with fries. I also asked for a side order of slaw. I knew they had it. It was part of a pulled pork sandwich plate, being piled on top of the pulled pork. There was an extra charge, because a sandwich doesn't come with two sides. Fair enough. I expected that. What I did NOT expect was the size of my slaw portion! 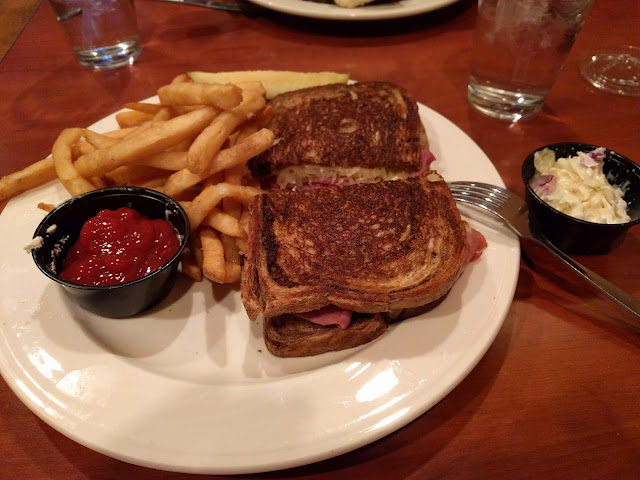 That is SO NOT FAIR! I ordered a side of slaw. Not two pieces of slaw. The container is the same size as the one that held The Pony's butter! You can see it there on my plate, since I asked to use it, once empty of butter, to hold my ketchup. That is NOT a SIDE ORDER! A side order should be equivalent to whatever else you select from the sides. Hick's vegetables did not come in a tiny cup. I didn't get two fries in a tiny cup. A side is a side, especially when you're paying extra for it! 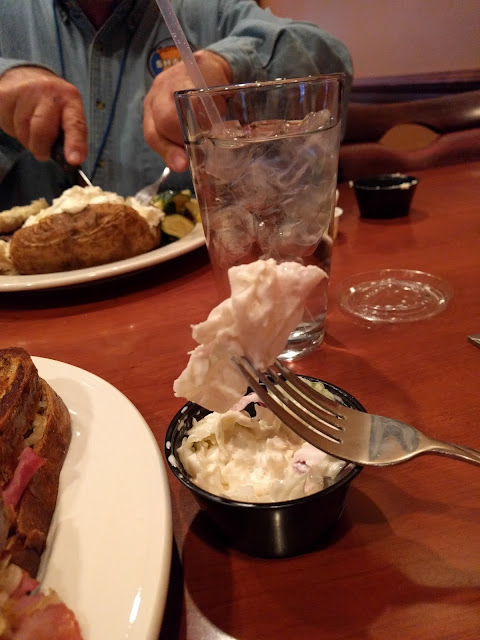 ONE BITE was half of my side order of slaw! That restaurant robbed me blinder than the casino!
Posted by Val at 1:03 PM