A Timely HapPENCEstance, Noted By The Pony

Can Val break her Future Pennyillionaire one-year record? It's coming down to the wire. On SUNDAY, December 22, I found two pennies in Orb K. 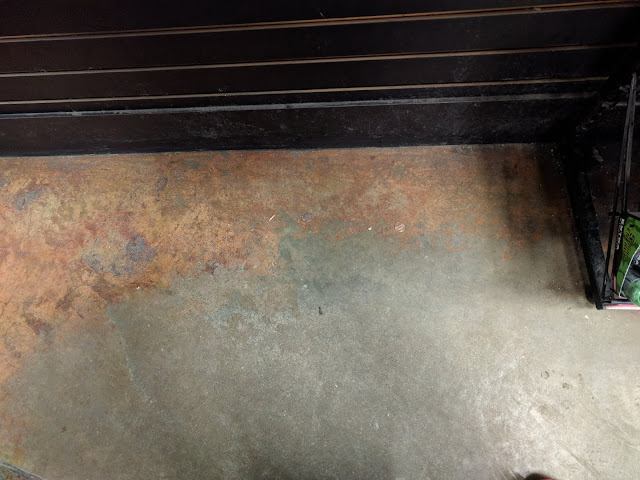 You must have really good vision if you can see BOTH of these face-down coppers.

On MONDAY, December 23, the ex-mayor my sister's husband tried to GIVE me two pennies! I was sitting at a slot machine, on a Christmas casino excursion with Genius and The Pony, when he walked up to meet me for lunch, and plopped two pennies on the slot near my REPEAT BET button.

"Here. I found these two pennies when we stopped for gas on the way."

"No. That's not how it works. These pennies were obviously meant for YOU. Take them back. Go on. They're YOURS."

On TUESDAY, December 24, I found a penny at the Backroads Casey's when I was buying last-minute scratcher gifts. Technically, it was on the counter. Not like somebody laid it there to be found, or like the clerk was using it to scratch off bar codes. Nope. It was partially under a display of Reese's Cups. I surreptitiously slid it out, and into my pocket. No time for a picture. I got one later that night, at home, after I'd used it to scratch off a scratcher gift at the Ex-Mayor's house that won me $40. My penny. My luck. 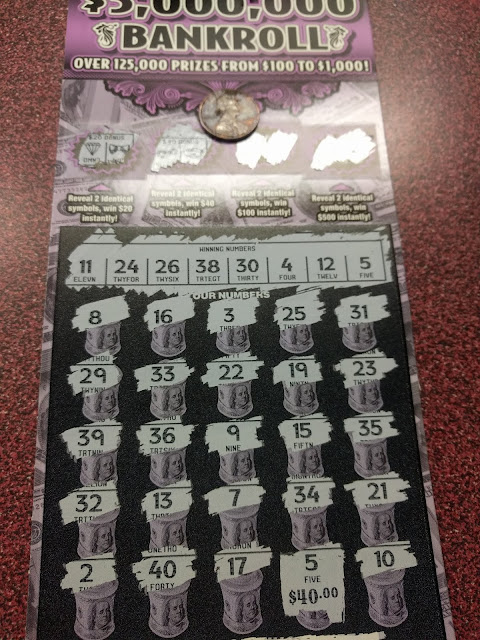 FRIDAY, December 27, I took The Pony over to Bill-Paying Town to look for some new shoes. He clambered down from T-Hoe's passenger seat, and said,

"You're not gonna believe what I see on the running board."

Of course I knew that he meant A PENNY! I rushed around, telling him not to touch it until I got a picture. 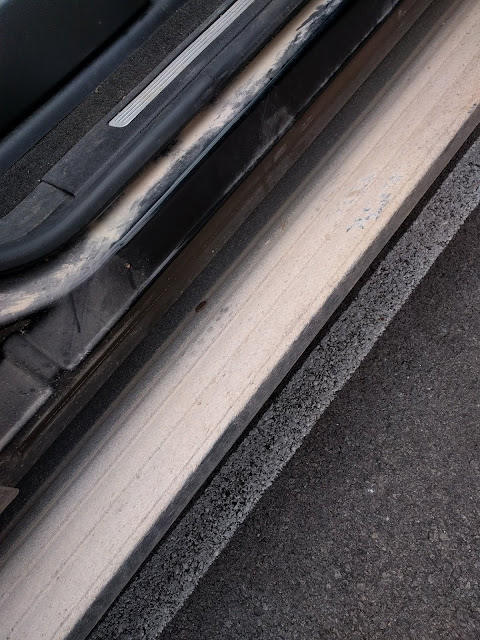 I never would have seen it! I imagine this little stowaway could have ridden there for weeks to come, unnoticed, held in from the friction of all that mud. It must have landed there a day or two before. There's no sign of it skidding across the dried mud, yet it's not covered with mud. I'm guessing it got there when the mud was wet, which has since dried to a powder, and erased any skid marks. The only marks are from The Pony's shoe soles this day, as he climbed in and out. 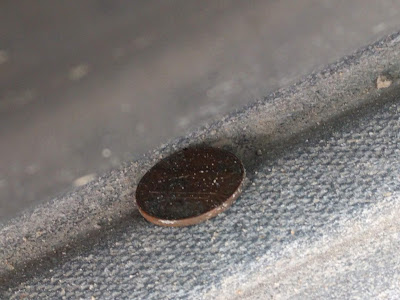 This was a face-down 1983 penny, along for a ride with The Pony and me. Just a smidgen of dried mud that had filtered down on it.