Good things come in threes, I hear. So I shouldn't be surprised that my Future Pennyillionaire collection grew by three cents this week.

SUNDAY, December 1, I started the month off right when I opened T-Hoe's door at the Backroads Casey's, and saw a lonely penny just waiting for me to pick it up. 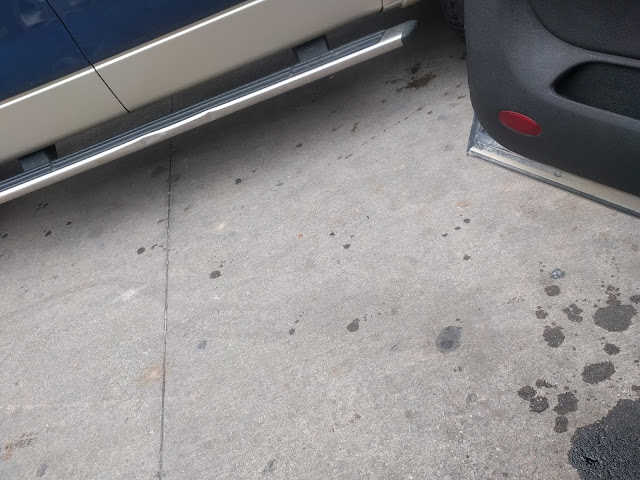 I had to wait for that darn truck to leave, lest somebody inside call the local boobie hatch to come with a big net and collect me for public weirdness! See it there, in the middle of the photo? 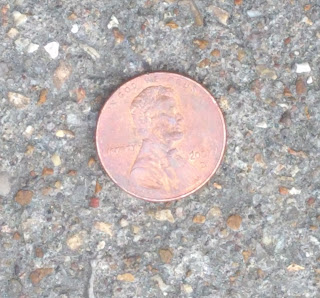 It was a 2001, heads-up. I dropped it in my shirt pocket and went inside. Nothing on the floor by the counter. But when I came out, 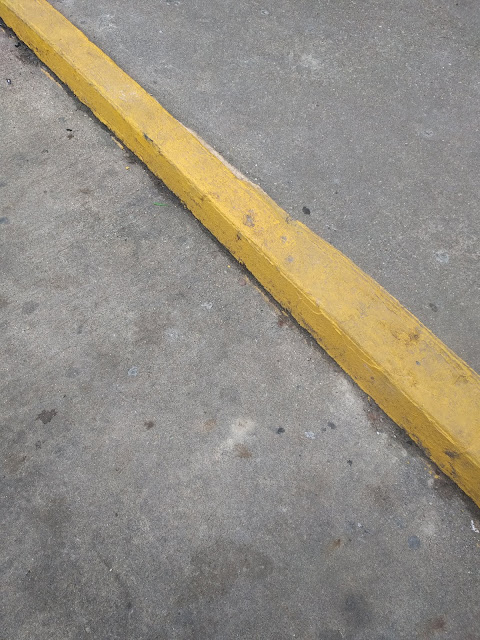 I glanced over my shoulder while opening T-Hoe's door, and saw ANOTHER penny meant just for me! Again, it's in the center of this photo, almost against the curb. Opposite that black spot on the sidewalk. 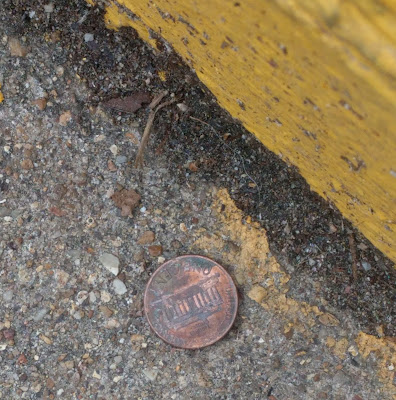 FRIDAY, December 6, I nabbed another penny at the Sis-Town Casey's as I went in to pay for T-Hoe's gas. Darned if it wasn't all jammed in under the snack racks on the front of the register! That's not quite fair. 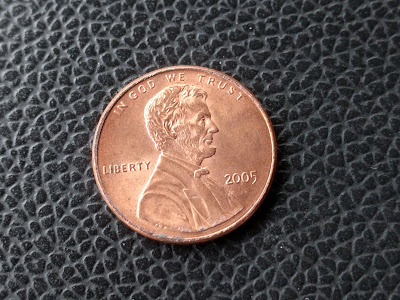 Had to pose this pretty 2005 on T-Hoe's console. I don't know why old Abe was hiding his face inside the store. He's a pretty good specimen for my collection.

Three more cents in my coffers this week! But that wasn't the best news...

MY SCRATCHER SLUMP HAS ENDED! After an 11-day dry spell of winning about ten percent of my purchases back, I got THIS on FRIDAY: 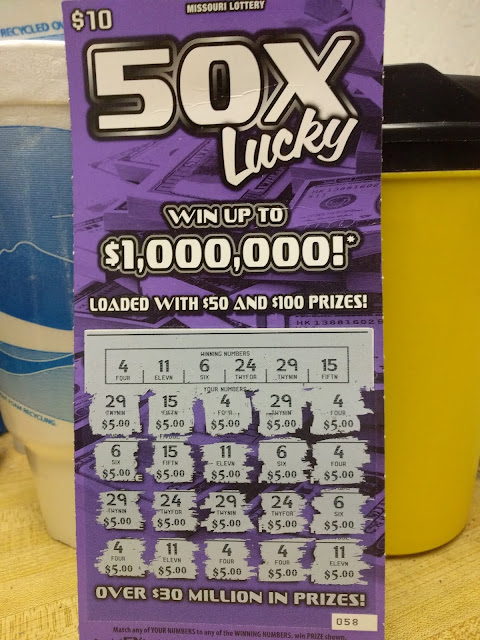