Yes, I Know That I Was Pickin' Up the Penny Meant for Me

Remember that song by Highway 101? The Bed You Made For Me? Maybe not, if you were too highbrow to listen to country music back in the late '80s. I was a-courtin' Hick back then, and all he listened to in his car was St. Louis WIL, with Debbie Conner and David Craig. So this song was on a lot. Anyhoo...it really has nothing to do with the tale I'm about to share with you, except I kind of borrowed from the title.

I'm pretty sure the penny I picked up at the park on Monday was meant for me. 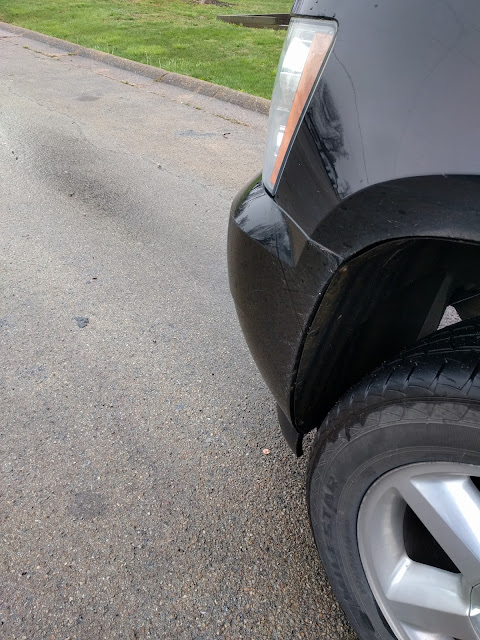 Here's the deal. I haven't stopped at the park since early fall, 2014. The Pony and I used to meet my mom there, to pick her up to ride along with us to Bill-Paying Town. Or to give her some leftover fried rice, or brown bananas, or used tabloids. Or sometimes even The Pony himself, if he was spending the night. Since Mom was unable to drive after Thanksgiving 2014, our meeting place was retired.

Last Monday, running errands, I noticed that one of my tires only had 27 pounds of air, and needed 35. I stopped to put some in, and discovered by the magic of T-Hoe's sensors when I drove away, that I'd put in 49 POUNDS of air! So I needed a place to pull over and let some out. I wouldn't even have been near the park, but when I left The Original Waterside Mart after getting that air, I made a split-second decision to turn left to go to the bank a few days early, rather than right to go back home.

There was no really good place to pull off before the park, because of the businesses with available lots, and the traffic flow. So I veered off onto the road by the park on my way to the bank. I didn't even park the right way, nose in. There wasn't a soul around. So I just drove along that parking area and stopped, as NOT LUCK would have it, in the area where we used to meet Mom.

I'd already been around T-Hoe's front bumper once to let out air. But I still had too much in. So I got back out, and saw the penny as I headed back to my front passenger tire for more air-letting. I'm certain this penny was meant for me to find it. So many out-of-the-ordinary decisions put me in that place at that time.

Seriously, what are the odds that I would stop in that exact spot?

Looking back down the road the way I had come: 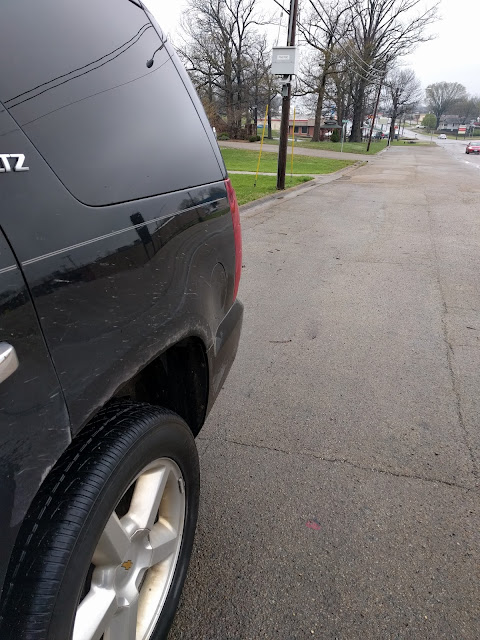 And forward to all the rest of the space where I might have stopped: 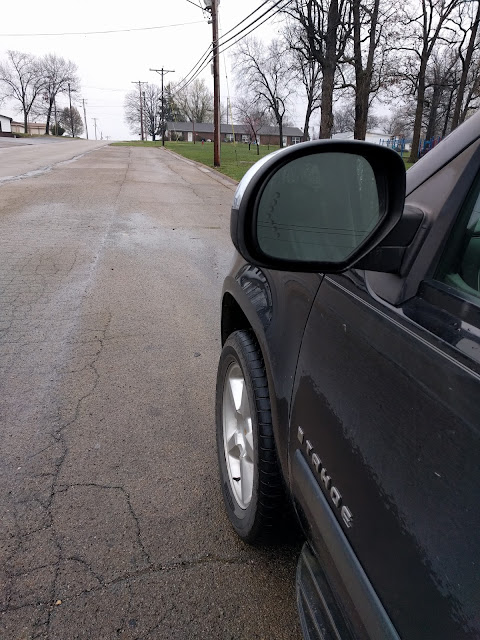 Yet I parked T-Hoe right there. Just so. Not ON the penny, not OVER the penny, not IN FRONT OF the penny, where I would have missed it. In fact, I DID miss it the first time, but my sloppy air-letting made me get out and go past it AGAIN, which is how I found it.

Of course, Hick says it was JUST a coincidence. Maybe you agree.