From the Fine How-Do-You-Do Department


This is what I found upon arrival at my classroom door this fine Tuesday morning after a three-day holiday weekend: 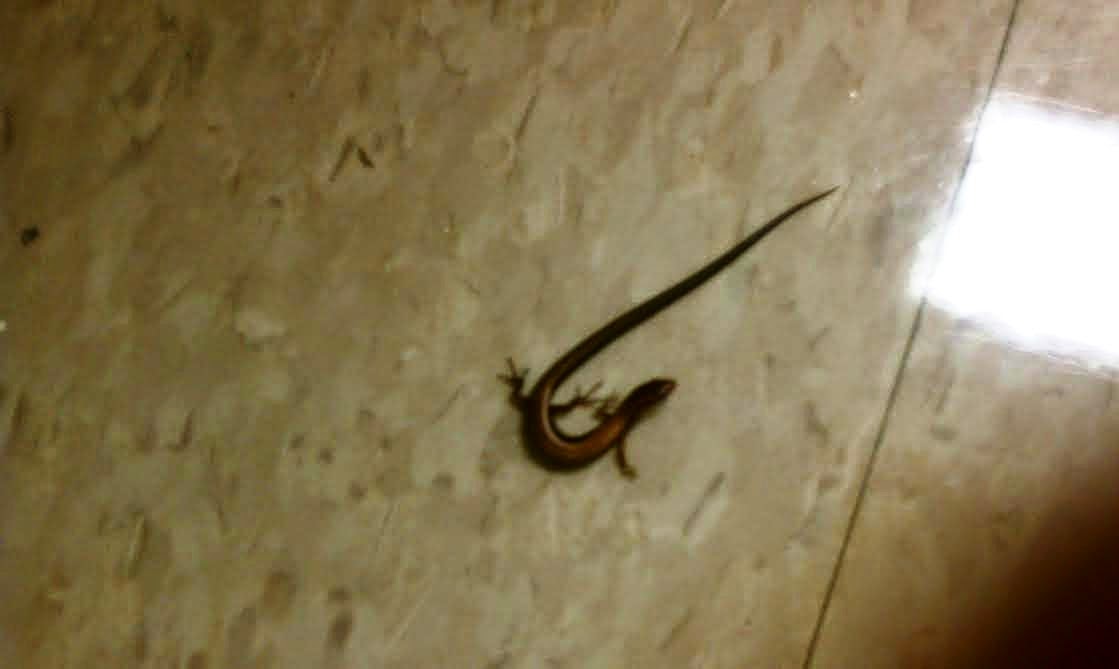 Yeah. It’s a critter of indeterminate origin. I first thought it might be a copperhead. We’ve had them in the building. It’s a matter of the building being built around them out here in the sticks. They were babies. Not a big honkin’ serpent-handler’s dream. But it makes me wonder if there’s a big ‘un hiding out waiting to give birth again. Copperheads do that, you know. Give birth to live young. No eggs. I think it’s a characteristic of the pit viper family.

Upon closer inspection, very difficult with the killer stiff neck I’ve had since Saturday, I saw some legs on this little belly-up fellow. “Oh. Maybe it’s a lizard.” He was not scaly, though. So maybe a newt. The Pony, who had stepped right over him and gone on his merry not-helping-people way, came back up the hall from his locker.

“Yes. We have to do something. I can’t bend over. And I don’t want to have to discuss it with the kids every hour. Get a Puffs With Aloe and scoop him up for the wastebasket.”

“ERRRR! All right. I think it’s a salamander.”

The Pony trotted over to the pencil sharpener corner for a Puffs. Only the best for my students’ noses and salamander removal. He came back to the doorway and squatted down.

“I guess you could say that. He’s trying to get away.” The Pony pounced a couple of times with the tissue. Kind of like a losing game of whack-a-mole.

“I hope he can’t climb out of the wastebasket. Better yet, toss him out the window.”

That dead copperhead/lizard/newt/salamander took off down the hall, hugging the wall. I suppose I should have told somebody. But I'm sure he'll turn up again.