COIN Things Come to Those Who Wait

It was a pretty good week for Val's Future Pennyillionaire Fortune.
SUNDAY, August 28, I took advantage of the available parking at the Backroads Casey's to get my scratchers. The minute I pulled in, I saw a sign out T-Hoe's window. I was meant to be there, in that spot, at that time!
Hard to see there amongst the old gum, but right in the middle of the photo are TWO pennies! With a small dark gum spot between them. And, though I didn't notice it at the time, there's another penny around the 10-11 o'clock position!
They were a face-down 2020 penny, and a heads-up 1969 version. As I stepped out of T-Hoe for their closeup, I saw the THIRD penny waiting over by the truck parked next to me. 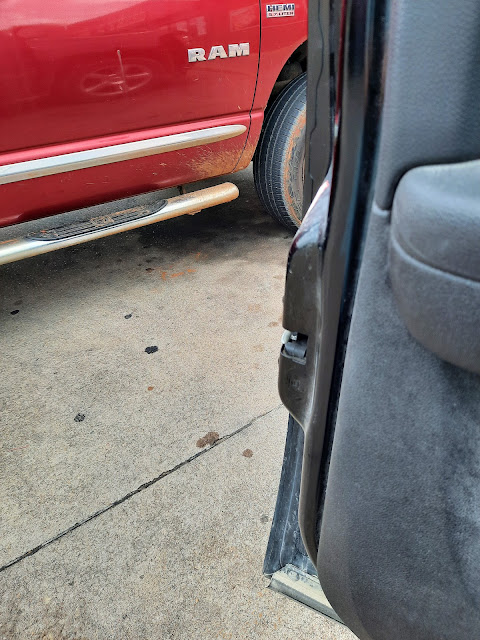 There it is, between the dark gum spot and the light gum spot. 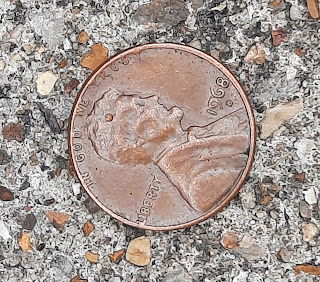 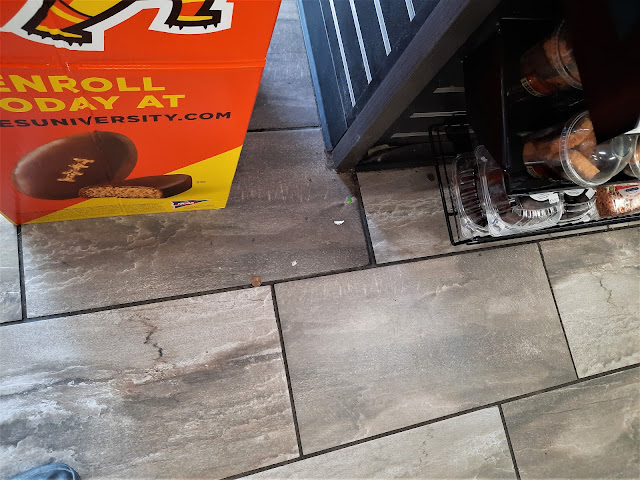 I flipped this picture sideways, but in actuality I was standing there looking up the checkout counter, the display and treats on my left. It's close quarters in there. I didn't want to block the aisle with my protruding ample rumpus. 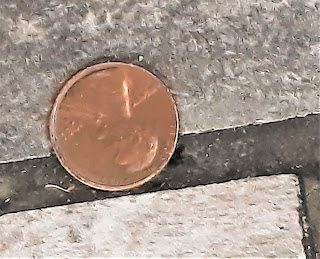 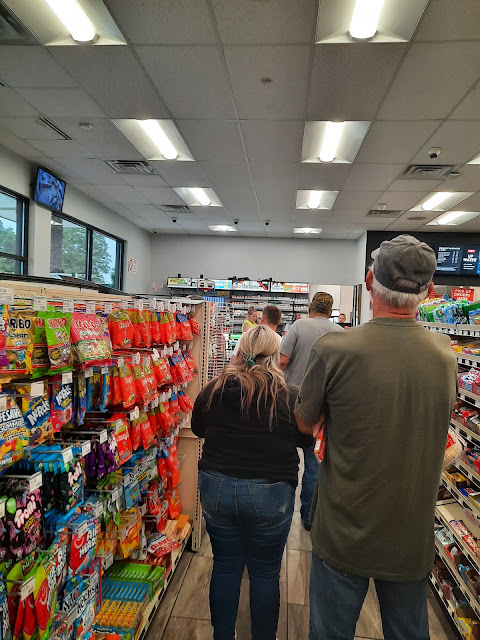 I was 9th in line, though you can't see all the customers in the aisle ahead of me. Also, you can't see the DIME that was on the floor against the wall under those windows. I could not step out of line to get my photo! No way was I going to try and worm my way back into that line. Besides, I was not sure it was a dime until I was right on it walking out. It could easily have been a spot of dried gum, making me appear even more foolish than taking pictures of a dime!
Anyhoo... I forgot about taking a picture in the car, and didn't get one until back home, checking the date. 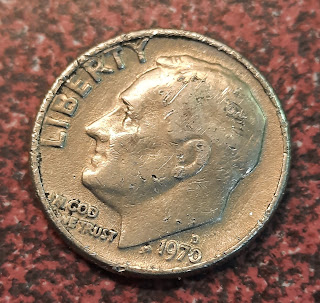 It had been face-down on the floor under Casey's front windows, a 1970 dime.
The Casey'ses were pulling their weight on Friday! After mailing Genius's letter, I stopped by the School-Turn Casey's. I had to park way down the row. I found out why as I returned to T-Hoe: 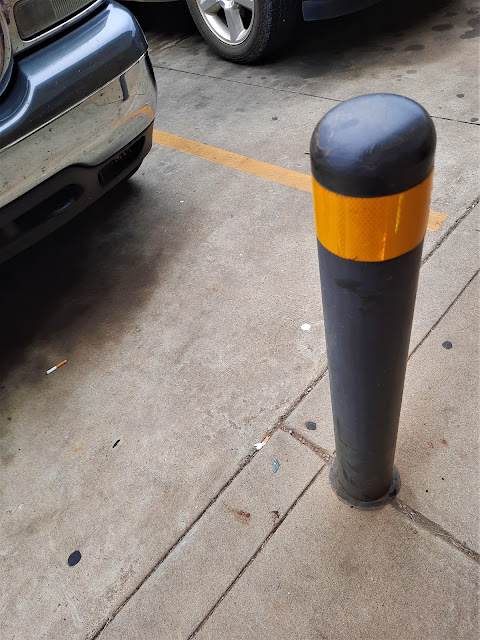 Strap on your penny-finders! It's there! Just kind of camouflage-y. Straight out from the short crack in the concrete at the bottom of that car-stopping metal post. 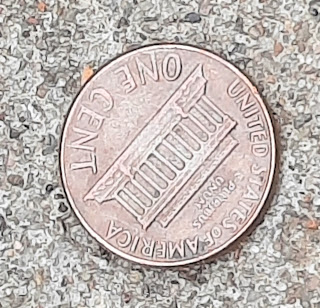