Anybody Else CENTS a Chance of a New Record?

Will Val eclipse last year's penny harvest total? Right now, she's beaten the dime record AND the nickel record. Quarters are a lost hope. Dang! People were quarter-pinchers this year. But there's still the possibility of a PENNY victory. Two will tie, and three will break that record! Who would have thought that it would come down to the wire like this? Especially with one of Val's ample rumps tied behind her back due to the Stay-At-Home-Down part of the year!
This week was off to a premature start on SATURDAY, December 19, after the Saturday CENTSus had gone to post. I was back at the scene of the close-parker, the Backroads Casey's. Outsmarting any more such door-jammers, I parked beside a car already there, leaving myself plenty of room. And there was a surprise waiting for me! 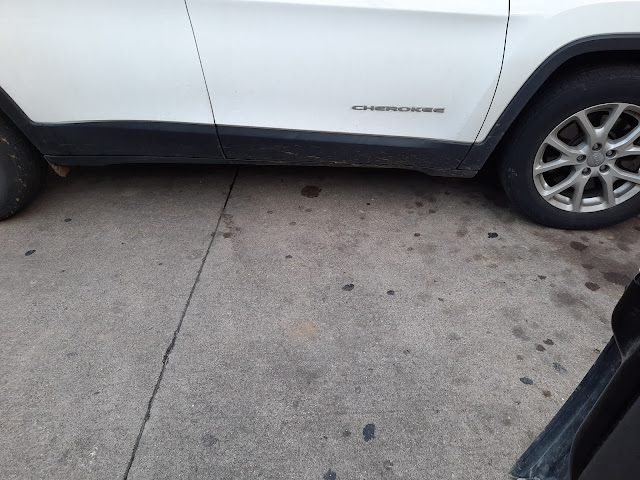 Problem was, my rightful penny was underneath that JEEP Cherokee! It's around the 4 o'clock position from that giant spot. The whole time I was inside, I was plotting how to harvest that penny. It's not like I carry a car-creeper to roll under vehicles and nab coins. But I DO carry a long-handled ice-scraper (a must for T-Hoe owners) that lengthens my arm by about two feet, and is good at scraping. DUH! It's a SCRAPER, by cracky! 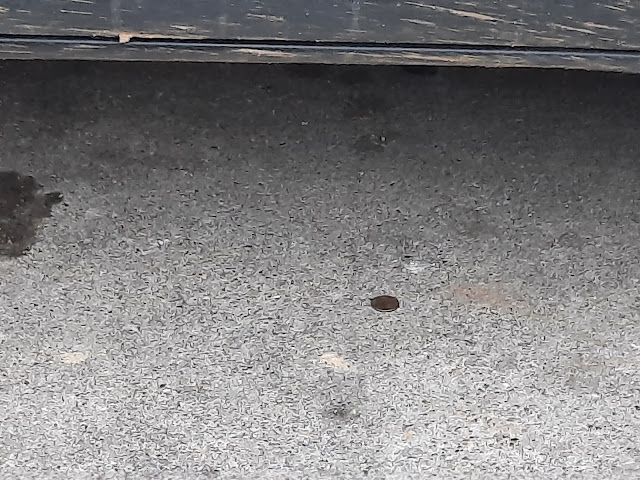 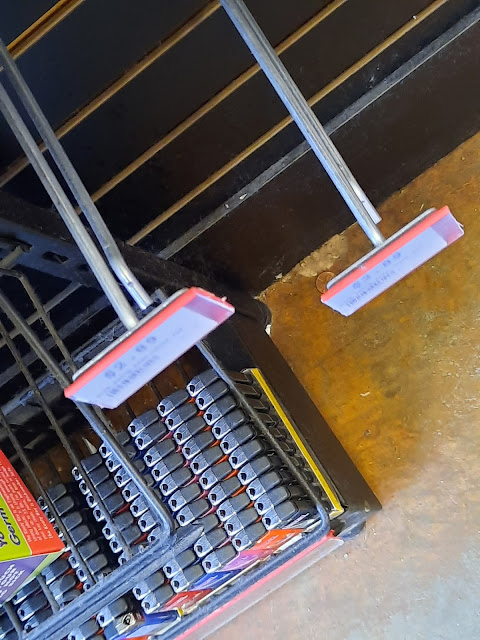