Hick Swove a Few Miles For a Camel

Hick spent $2 at the auction Wednesday night. I'm not sure why. Here are his purchases. 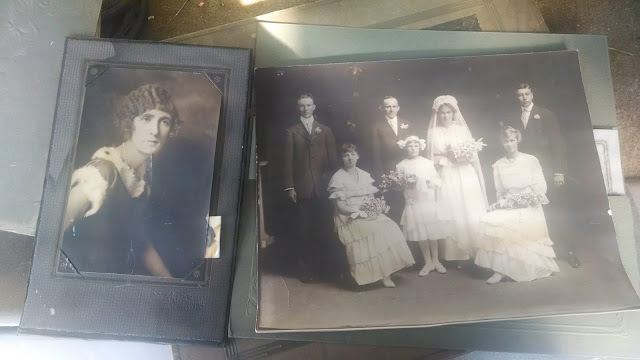 He bought a family of unknown people, which he thinks are over 100 years old. He said there are 12 pictures, probably from the 1800s. I can't vouch for Hick-dating. I'm pretty sure it's not as accurate as carbon-dating.

I don't know why Hick would want these pictures. He can't sell them, unless a lightning-strike PowerBall-jackpot of a coincidence brings the relatives to shop at Hick's Storage Unit Store. I guess he just likes old things.

The other purchase included in his $2 was a card/dice game. 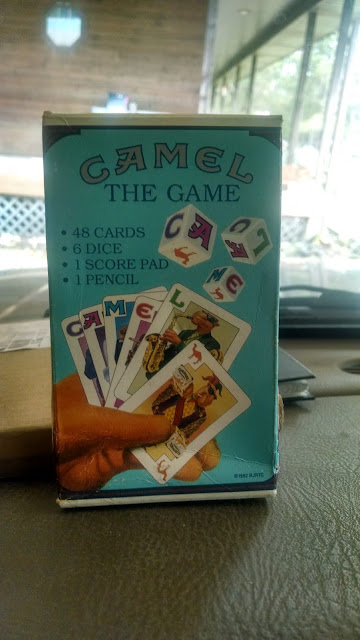 Obviously, it's associated with the Camel cigarette brand, because that's Joe Camel's picture on the cards. I tried to find out more, but didn't see this blue version. It's not expensive, according to Google. The year that kept popping up was 1992. But I never did see this color of the packaging. Let the record show that it was NOT an extensive search. I lost interest after a couple of minutes. Versions that looked older than this one were going for $17 or $24 at the highest, and some were $5. This one almost looks like a foreign knockoff, because it's not immediately recognized as the camel on the cigarette pack.

I'm really hoping Hick already has a themed shed that this will fit in, and that it does not require new construction. I'm going to recommend his Little Barbershop of Horrors.

UPDATE!
Hick says the blue is the BACK OF THE BOX, and the front does, indeed, look like a white pack of Camel cigarettes. He plans to put it with his "smoke" stuff in...I was right...The Little Barbershop of Horrors. Of course Hick sent me a picture of the back of the box of cards. I guess I was supposed to know that, from his attitude of, "Yeah. White. The FRONT of the box is white."