A Coin DesCENTded From Above

This week was off to a good start on SUNDAY, November 18th. Even though I was still not recovered from my Hickovirus, and in fact seeming WORSE, due to a spate of conjunctivitis...I could still see clearly enough to spot a PENNY on the floor of The Gas Station Chicken Store! 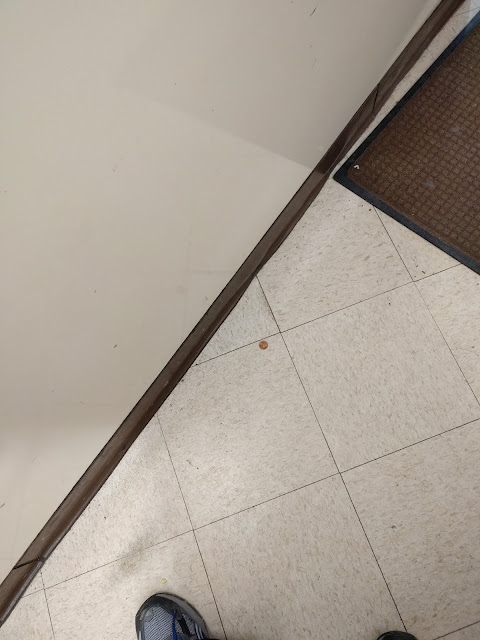 I was able to capture this FACE-UP Lincoln while the clerk busied himself with another customer's credit card payment. It was a 1985, a year which doesn't ring any significant bells with me.

However...an important coincidence sailed right over my head until Monday, when I realized that this penny appeared on the date of my dad's birthday! How could I be so blind? 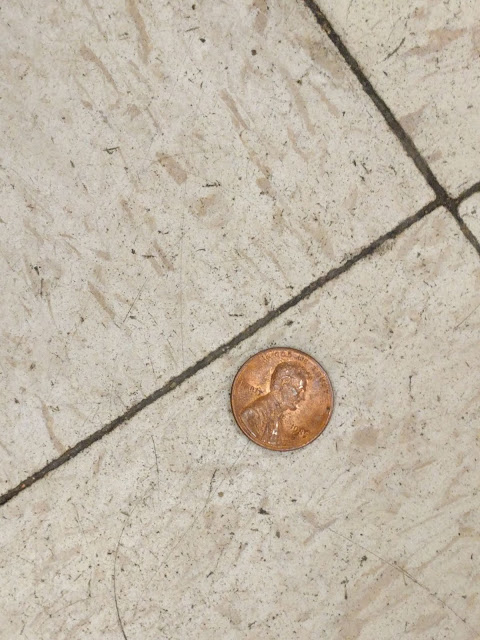 I suppose Even Steven figured I was not worthy of another penny this week, after that failure to note the special gift on its special day! Because I did not find another.

I DID find a coin, though. On WEDNESDAY, November 21st, in Norman, Oklahoma. How nice of a fellow patron of the Riverwind Casino to bestow me with this nickel that was rightfully meant for me! Even Steven even works his magic across state lines! 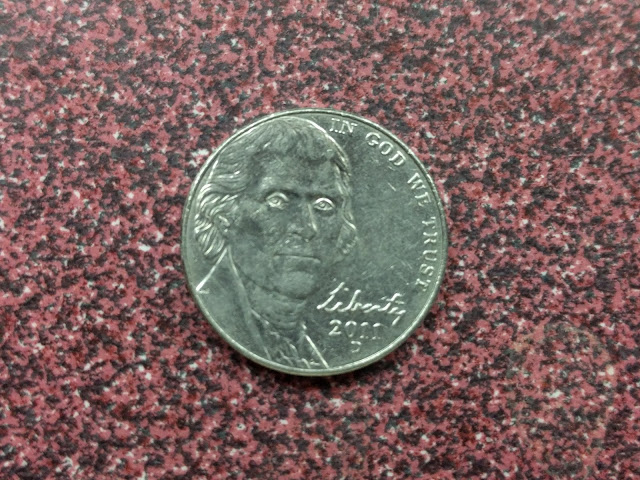 It was a 2011 nickel, FACE UP, found in the free beverage room at Riverwind Casino. This picture was taken at my kitchen counter, after I brought this nickel meant for me home in a special compartment of my gambling purse, so as not to mix it up with other nickels from my cash-out tickets. I wish I could have captured the picture in its natural habitat, but I already had a cup of water in my hand, and I can't take a one-handed picture.

Poor ol' Thomas Jefferson! This is the nickel which does him no favors. He looks like he strained a bit too hard while sitting on a boot taking a crap! His eyes are all bugged out. I did, however, do him a favor, by taking the above picture. The second effort. Because originally, he looked like THIS: 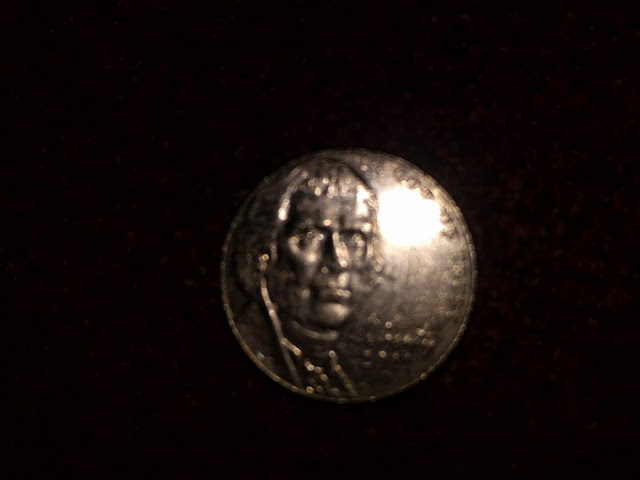