Hick sent me a picture on Tuesday. The subject was:
Saw this flying by locker you have to blow up to ser 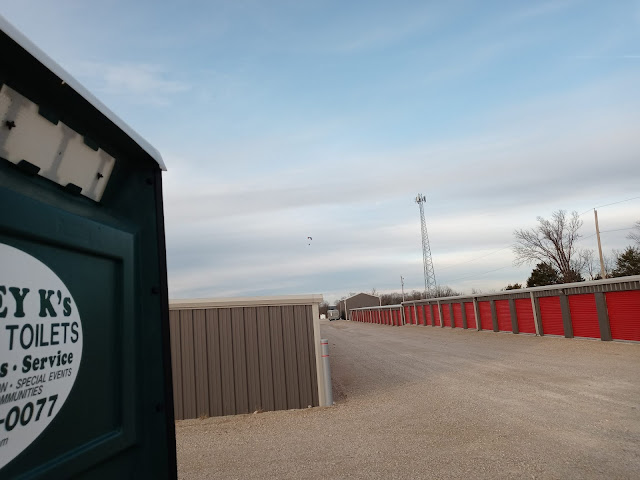 No, he's not talking about the port-a-potty. They don't fly! There's a long row of more storage lockers. A telephone tower. And some tiny dot in the sky almost dead-center in the photo. I blew it up so you could get a better look. 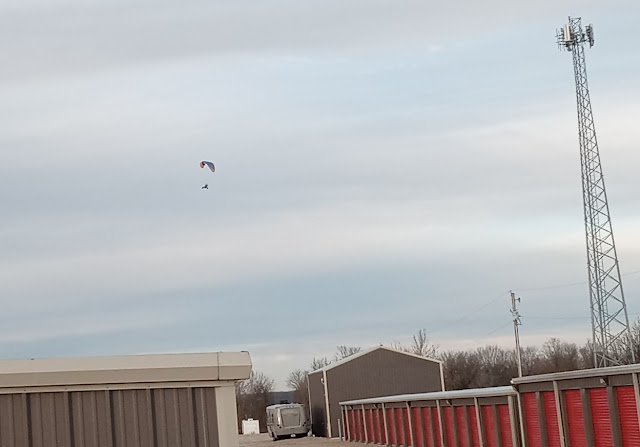 No, it's not the Backroads version of Red Dawn. The Russians aren't parachuting in to claim Backroads as their territory. It's one of those parachute contraptions with a seat and a big fan, that the parachutist can "drive" wherever he wants. I've seen it much closer, years ago, flying over the sheep field.
It looks like Hick just lifted up his phone in the general direction, and took a picture. Typical framing style for Hick. Tiny subject in the middle, a lot of scenery all around.
Posted by Val at 1:01 PM