A DesCENT Down to the Wire

Time almost ran out on Val's Future Pennyillionaire train this week. She was virtually running alongside the tracks, reaching out to hoist herself onto the express train to Pennyville.

FRIDAY, October 25, I made my regular stop at the Sis-Town Casey's for gas and scratchers. Once inside, I discovered my first (and last) penny of the week. 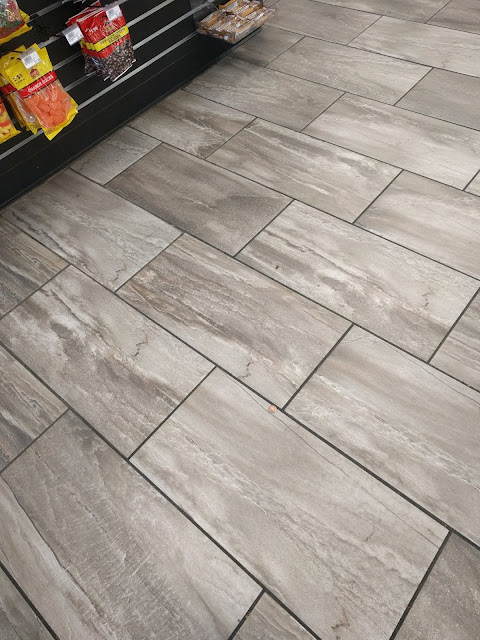 It's kind of hard to see there, on the vast expanse of tile. It was hard for my bare eyes, too. (I don't like to say "my naked eyes," because that sounds like Val is being indecent in a public place.) The penny is a little below dead center in the picture. Mmm...now that I see those hanging snacks, I want some of both. Together. I imagine that orange slices and chocolate-covered raisins would complement each other nicely. I've never seen a clear bin attached to the counter like that. Looks like a penny-catcher to me! 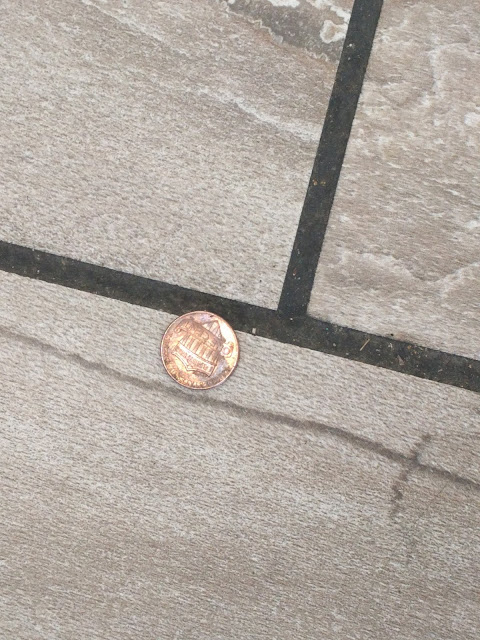 My rightful penny was a face-down 2014. I was careful picking it up, what with being in the middle of no-Val's-land, without a counter to grab if I started to topple over. I can't believe the clerk looked at me like I was crazy! Can you?