A CENTSational Twelvepeat for Val

As you recall (I had a college professor who started many lectures with that wishful proclamation), last week Val accumulated 12 unearned cents towards her Future Pennyillionaire Fortune. Well, this week was DEJA VU.

THURSDAY, October 17, I had to make a trip over to my former place of employment to sign an insurance document. That put me on a different route from my usual routine. That's just what Dr. Even Steven prescribed.

On the way inside the School-Turn Casey's, I saw a crack penny. 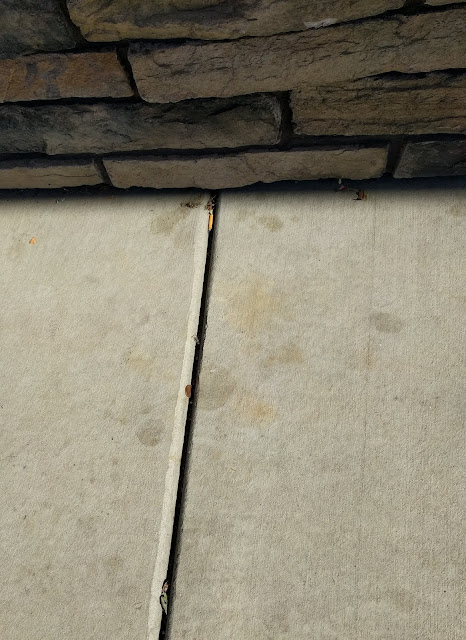 It was a face-down 1978, sharing the convenience store trench with an abandoned butt. 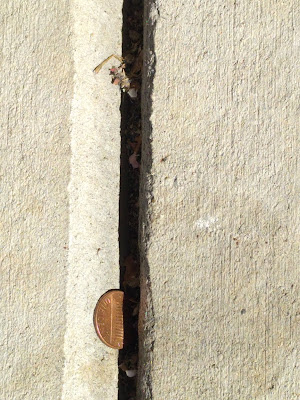 It stand out here, but I almost walked right over it with my natural eyesight.

When I came out and headed for T-Hoe, I could not believe my good fortune. There was ANOTHER crack penny right in my path! 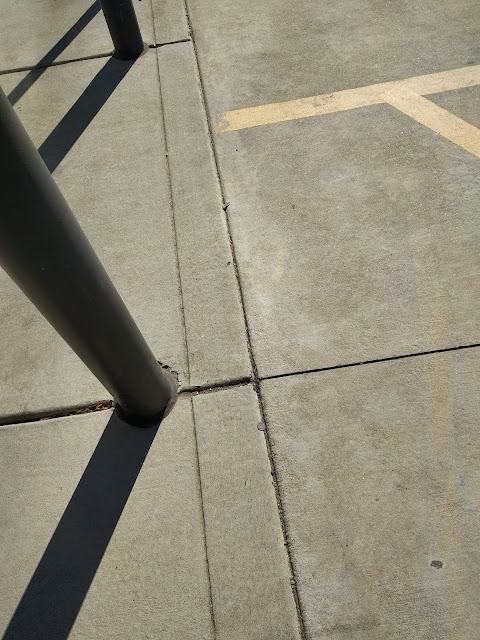 Gotta say, this is one of my favorite penny pics of all time, what with the lighting and the artsy-fartsy angles of the shadows and the parking stripes and the round poles. I'm sure Genius the master photographer would disagree. When I took it, the sun prevented me from seeing the screen of my phone, and I wasn't even sure I had the penny in the frame. 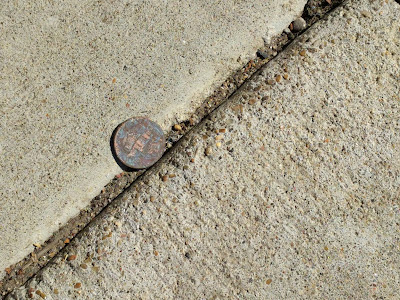 This was a dirty, dirty face-down 2011, which I assumed to be much older until I took a peep under the magnifying glass at home.

Four stops later, at the Sis-Town Casey's, my Future Pennyillionaire Fortune shot up like the hand of Judy Hensler in Miss Canfield's classroom when The Beaver did something tattle-worthy. 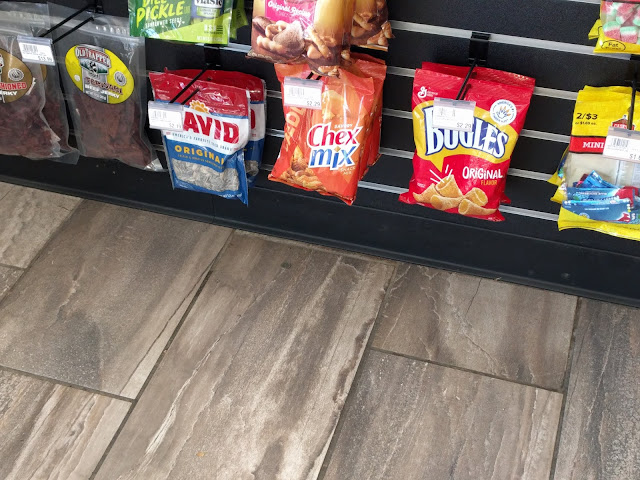 I spied a dime lolling insolently under the store-for-sale Chex Mix! 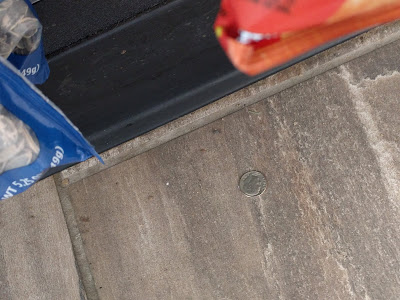 It was a face-up fellow from 1977, who went for a ride in my shirt pocket to his next home in Penny Goblet #2.

I'm not a cheater, so I'm not including the DIME that I found Friday morning behind the La-Z-Boy and short couch. It's the walkway to the master bedroom. I'd been across there at least five times already that morning. But on the sixth time, I found that dime. It's on the kitchen counter right now. I don't think I can rightfully claim it as part of my collection, but you can bet I'm going to spend it. I suppose it was dropped by Hick, although he was out of the house the whole time since I got up, selling for $1 profits at his Storage Unit Store.