You never know what you're going to get around Val's house on any given weekend. It's kind of like Forrest Gump's momma's box of chocolates.

Just Sunday evening, The Pony trotted into my dark basement lair and said, "Oh, Mom. Look what happens to Dad's cabin when the sun comes out after a snow." He poked Hick's phone in my face. Why is it that kids always think old people need stuff jammed up under their noses, rather than held at arm's length or across the room? I need to make some kind of symbol to teach the young 'uns that. Like Mr. Yuck, only with an old geezer shaking his fist at some young whippersnapper getting up in his grill. I'm probably not allowed to say that. My kids try to keep me in check. But they're not here now, are they? So I'll let my outdated-teen-lingo flag fly.

Here's what The Pony showed me. It must have made an impression, because he's not one to share things just for the feel-good rush. 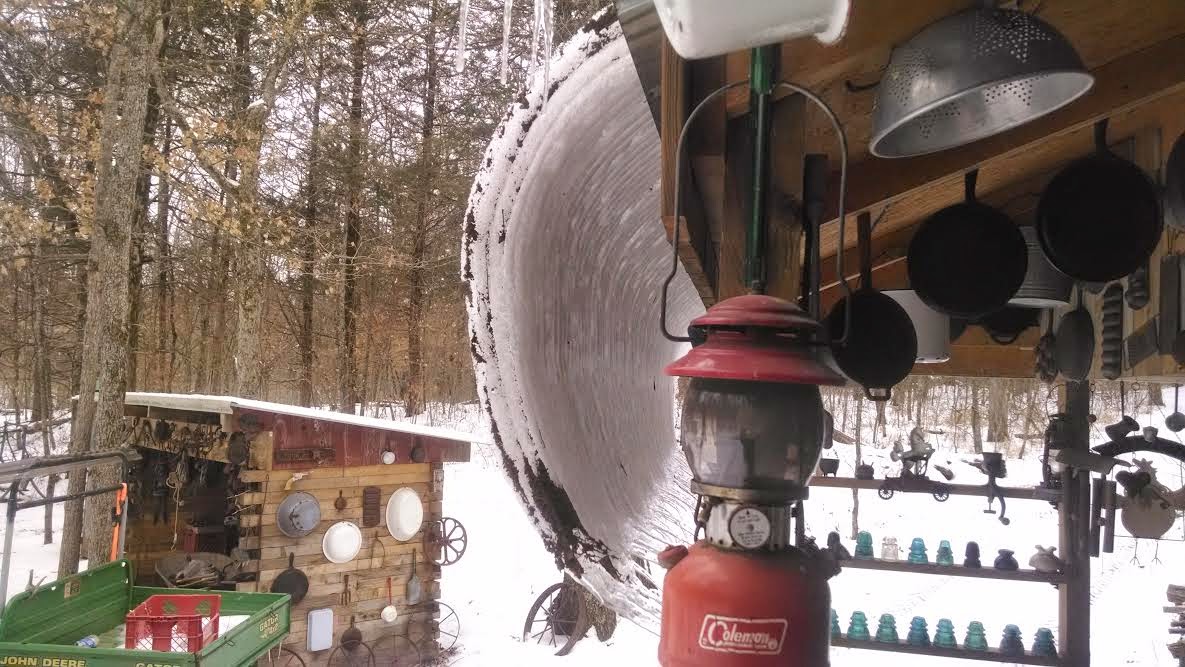 Oh, yeah. Roll that beautiful creekside cabin roof footage. So cool. The metal roof heated up in the sunlight, and the snow that was packed there all week slid down over the edge. Kind of like a glacier, answering gravity's call. And also like a glacier, packed with particles, though in this case they had settled from above, and were not gouged out below.

Nature can be so cool.

And Hick can be such a hoarder. There's his woodshed in the bacground. And his Gator, with that red milk crate that only a couple short weeks ago was still screwed to the front wall of our house for PACKAGES. Gather it all in. It's impossible to see all of Hick's treasures at first glance.

I think I'll make this a continuing series. There are three pictures left to go.