Does a Hick Pee In the Woods?


Today we wrap up Val’s continuing series on “Beer and Bro-Things in Backroadsia.” Wrap it up in shiny tastefully-patterned paisley gift paper, and tie it with a festive floppy silky red bow. Or, here in Backroads, dump it in a Walmart bag and tie the loops in a knot. You there! Stop cheering. You can never get enough info about Val. TMI does not exist in her vocabulary. Nor does IRONIC. 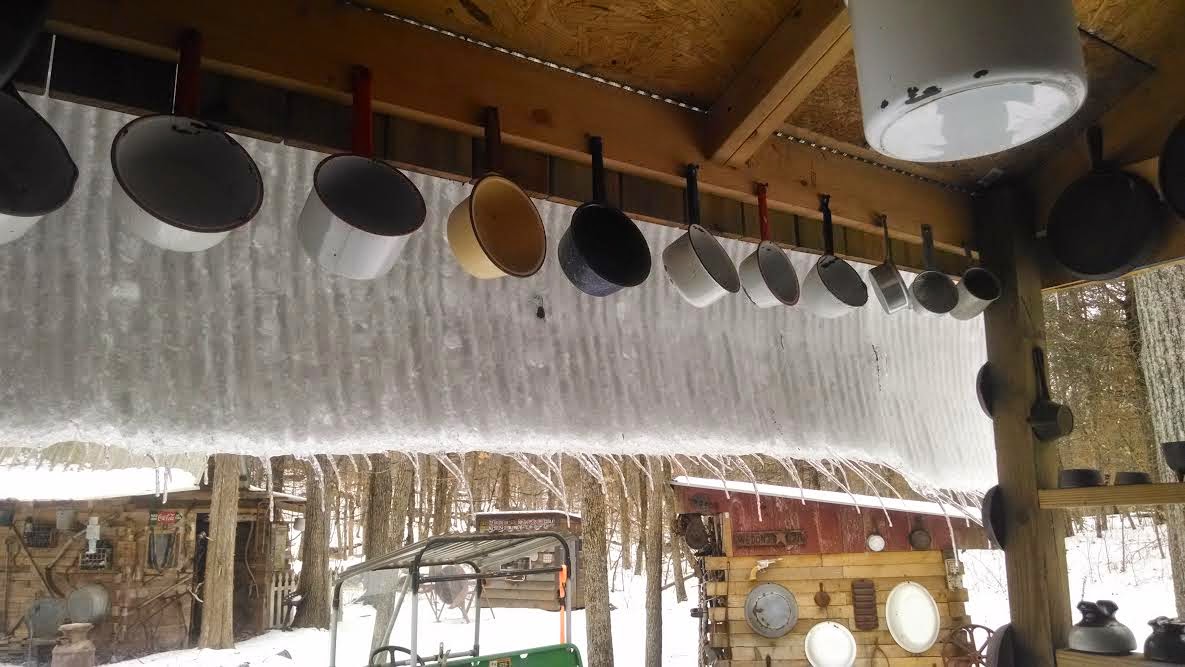 Let it never be said that Hick doesn’t have a pot to piss in. Hick has a plethora of pots to piss in. Though how he keeps from making a mess with those pots hanging from the roof of his Creekside cabin is BEEYOOOOND me. You can clearly see that the snow behind them is not yellow. So Hick must have a double-secret method that he’s keeping under his hat. That background is pure as…as…the roof-slumped snow.

Also in this shot is the mini barn. Hick built it even before the mini pony was a gleam in his eye. I suppose he fancied bartering for some mini chickens and mini goats. WAIT! He already had banty chickens and those knee-high goats. So I suppose he knew what he was doing. Even if none of the animals ever stepped talons or hooves into the mini barn.

You might think that little building in the background is the outhouse. Nope. It's out of range. Remember, a lady reveals nothing. It wouldn't be polite to brag about one's outhouse. Nope. That li'l ol' structure is a…is a…STRUCTURE! According to The Pony, "It's that building Dad made so he could put old license plates around the walls." Uh huh. Hick built a building solely for the outside walls. Go ahead. Try to feign surprise.

Again, we have the woodshed. I daresay Hick must have accrued many hours in the woodshed as a boy. Or not. Because as a lad, he was sometimes less than truthful. His mom was in the hospital a lot, and his dad was blind. So it wasn’t too hard to put one over on them. Unlike Val’s parents, who every night cleaned their calabash pipe and polished its meerschaum bowl, and brushed their deerstalker hat free of lint.

Hick saw no reason that his dad should know he was suspended from school for lighting a fire on the vocational school bus. “The heater didn’t work!” he declared, righteously. “We was just trying to get warm. So we took the trash can at the back of the bus, and set the stuff on fire. And I’ll be darned if the bus driver didn’t see us!” Since his family had no phone, Hick waited for the discipline notice to come in the mail. He didn’t mention it to his dad, but took it so his brothers wouldn’t read it. Then he got up every morning, at the regular time, and went and sat in the woods until school was out.

Hick has always been at home in the woods.
Posted by Val at 6:00 PM