Steven Must Have CENT You, PENNY, Into My Life

Don't worry. I'm not going to burst into song. I'm only going to plant a tune in your head. Even Steven has been on the ball this week, sending me where the coins were, to fatten my Future Pennyillionaire Fortune.
TUESDAY, November 17, I was greeted by a cigarette butt penny at the Liquor Store! 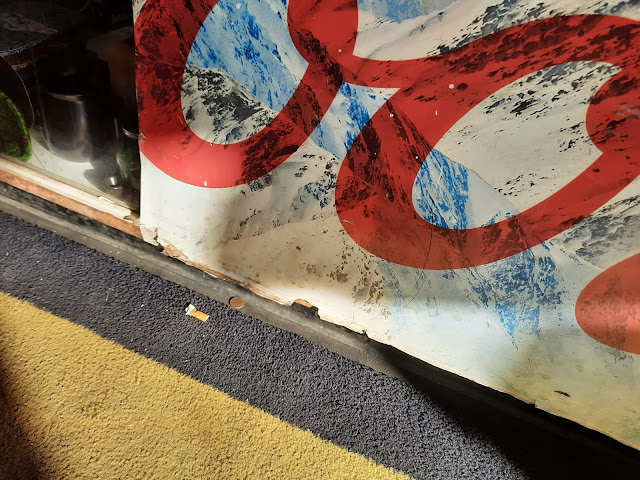 Funny how no smoking is allowed inside, yet there's a spent cigarette butt on the carpet. Did somebody bring it in and surreptitiously drop it? Because it's so hard to drop a cigarette butt out on the parking lot? I'm pretty sure if an employee (it's a family-run business) told a person they couldn't smoke in there, that family employee would have NOT allowed the smoker to just drop the cig on the carpet and stub it out! But what do I know? I am neither a smoker nor a liquor store employee. 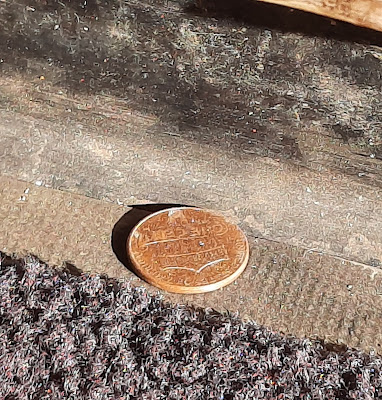 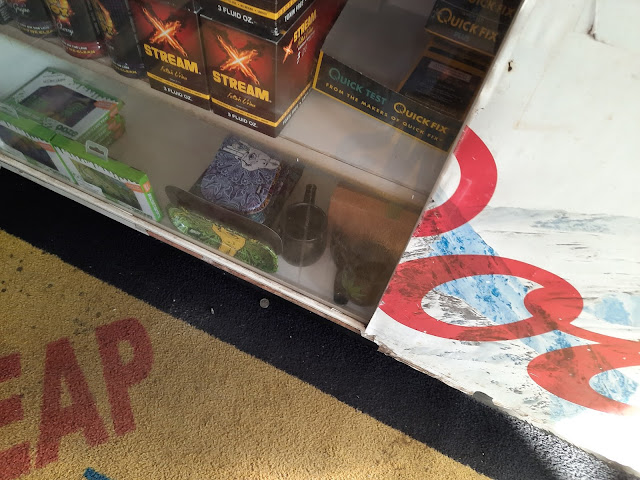 That strip of carpet by the counter is like a black hole for coins! They are always in the same place. 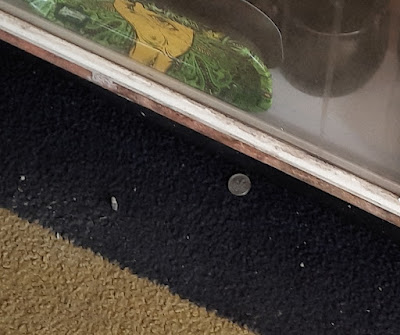