Oh, dear. I don't know where to begin. Even though some of you have hinted, suggested, intimated, attempted to foreshadow, tried to point out the folly, and flat out told me I was downright crazy for taking pictures and picking up my pennies... I refused to listen. I'm still not actively listening. LALALA, got my fingers in my ears when they aren't pecking at the keyboard. Can't put my fingers in my eyes to keep from reading, though.

Here's the deal. I only found one penny this week. I'm not complaining! Like enough is as good as a feast, one is as good as a fortune. Not really. I'd much rather pig-out than eat just enough, and I'd also rather find a fortune than one penny. But the week wasn't a shut-out, so there's that.

TUESDAY, August 6, I happened to be over in Sis-Town, transferring money around for The Pony's housing for fall semester. I'll have to do it all over again for the remaining tuition after his scholarship is disbursed next month, but at least this part is out of the way. Coming home, I went by the School-Turn Casey's for a couple scratchers. They both won $15, so that was a good decision.

While waiting for my favorite clerk to tear off those scratchers, I spied a PENNY! 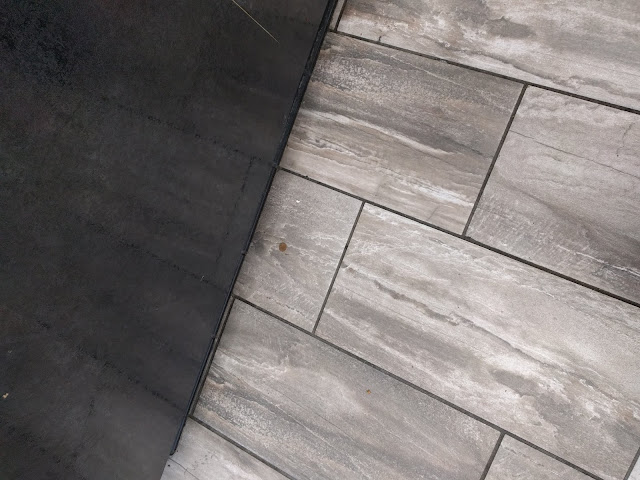 Sadly, ever since Waterside Mart sold out to Casey's, this store has not bothered to decorate their counter with brightly colored ads with race-car drivers hawking merchandise. At least I saw the penny, a heads-up 1988. 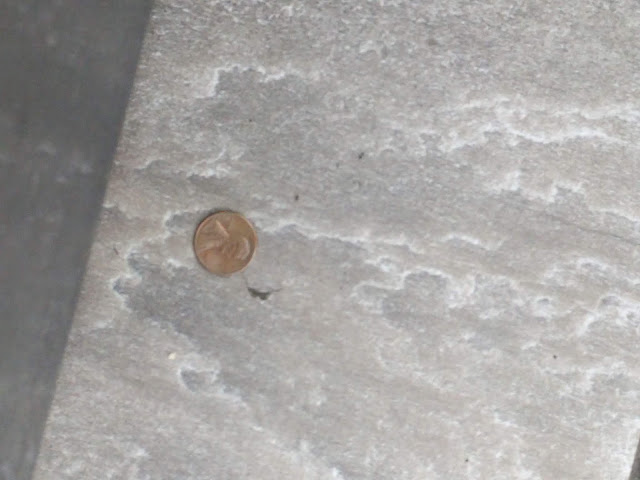 I managed to get my two photos, and put my phone back in my pants pocket. My left hand, holding my money, was on the edge of the counter as I reached down for the penny.

Let the record show that Val's knees are not bend-friendly. So I don't squat. It's easier for me to use my flexibility, and bend over like a toe-touch. Much to the chagrin of unfortunate line-waiters behind me, who are exposed to my ample rumpus. This day, though, there were no other line-waiters.

I almost had it. My fingertips were right there. And then the unthinkable happened! I started to fall over!!! Normally, with the location of this penny right there against the counter, I would have used my left hand to nab it. But since I hadn't paid yet, I was holding the money on the counter. Just the heel of my hand resting there, as I reached across my body with my right hand to get the penny. Apparently, I had failed to notify my center-of-gravity of this impending action.

I could feel myself falling. This was not good! It's like my life was about to pass before my eyes! How embarrassing! I was going to fall down like an old lady! I didn't think I'd get hurt. It was kind of like a slow motion fall. NO! I was NOT going to allow myself to go over! I scrabbled with my left hand, trying to get leverage on the edge of the counter. I tried to bend my knees a little bit, to put the center of gravity back toward my ample rumpus.

If there's one thing I learned from teaching physics, it's that the center of gravity has to be over the base of support, or the object will fall. I was the object! I was falling! But not! It was quite a struggle, but somehow, I scooched down a little, left knee bending, right leg locked. I was up against the counter, trying to right myself. Sheesh! Imagine watching a bench-presser struggling to lift that barbell back on the rack, shaking, shaking, getting closer, almost, THERE! Whew!

That's what it was like for me. I finally managed to right myself. Of course the security camera was on my ample rumpus the whole time, the one mounted on the front wall, to show the profile of customers at the counter. Except it showed a full-on shot of my ample rumpus. I can only imagine the horror on the face of that clerk as she watched my predicament. Come to think of it, she was extra-nice to me when I was back in there on Friday.