Val's week was not looking good for her Future Pennyillionaire coffers. At least it wouldn't be a shutout, with a good kickoff relieving the pressure.

SUNDAY, July 28, I discovered a penny at the Backroads Casey's. 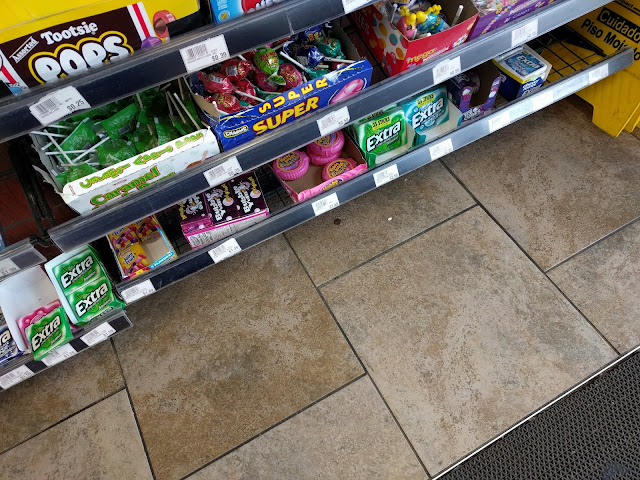 It's been a while since I found a penny here, but this IS the place that gave me those three quarters on the sidewalk. Their colorful candy display always makes for a cheerful picture, and the floor is generally not filthy. 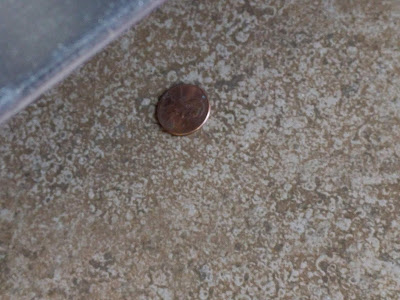 FRIDAY, August 2, I made my usual stop at the Sis-Town Casey's for T-Hoe's gas. I usually pull into Pump 2, but some other woman dared to be using my rightful pump! So I had to take Pump 4, which is very touchy on the lever that holds the handle down for pumping. It only runs for a minute, and shuts itself off. So I have to hold that squeezy handle the whole time I'm pumping. I guess I was meant to be at Pump 4, because when I started walking in to pay, 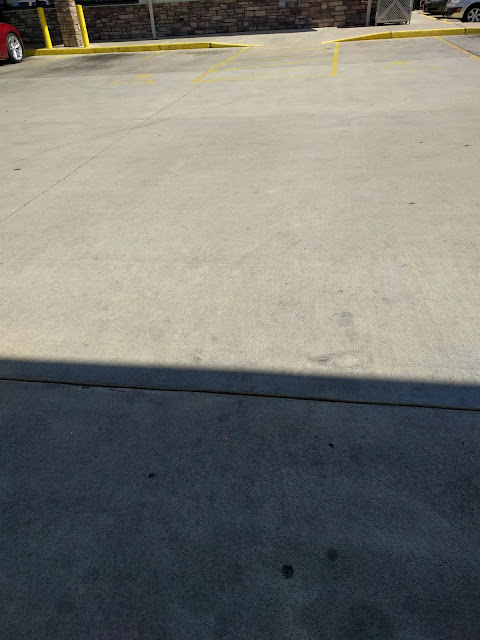 I nearly stepped on a penny right in my path! I don't think I would have seen it from any other angle. There it is, midline in the photo, just under the crack in the shadow. 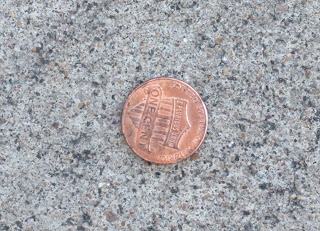 As usual, my phone adjusted the lighting better in the closeup. This was a face-down 2012.

My next stop, the bank, yielded no pennies. It did not want to yield our weekly cash allowance from the ATM, either! The ATM built into the back wall of the bank had a message that funds were unavailable at this time. So I had to drive out through the alley, park in an overflow lot for the Mustang detailing shop, and write out a counter withdrawal slip that I carry for just that reason. Then I drove back to the drive-thru lanes, taking the middle of the three, and submitted my request in the tube canister. Can you believe they took that handwritten withdrawal slip, and didn't even ask for my ID? Just tubed the cash right back out. Even so, it had cost me valuable time in my day with absolutely no pressing deadlines.

From the bank, I went to the School-Turn Casey's for some scratchers. Isn't that what everybody does after they get a canister full of cash? The lady in front of me was taking a long time, and the two clerks were preoccupied with one of their fellow workers on crutches trying to get into the bathroom door, but then the second clerk called me over to her register, where I saw 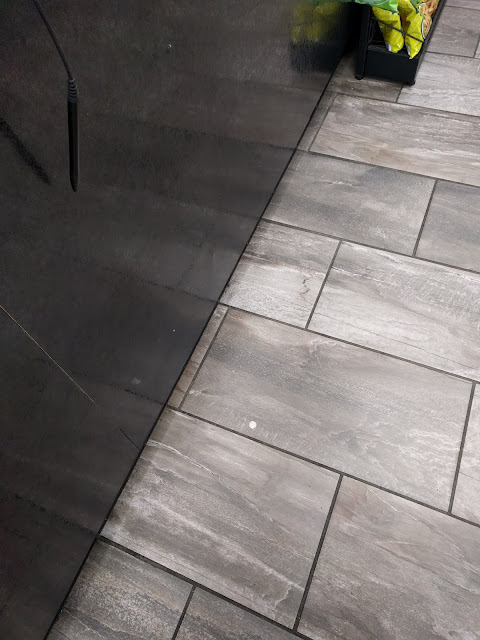 a DIME that had been totally camouflaged from my place in the original line. 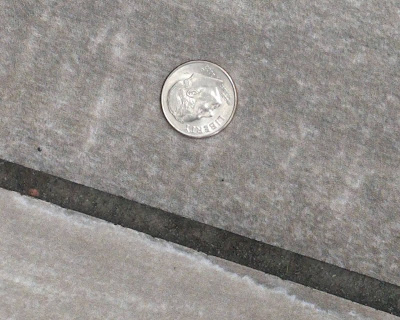 It was a 2002, heads up. My scratcher later proved to be a loser, but the one I bought at the Sis-Town Casey's was a winner! 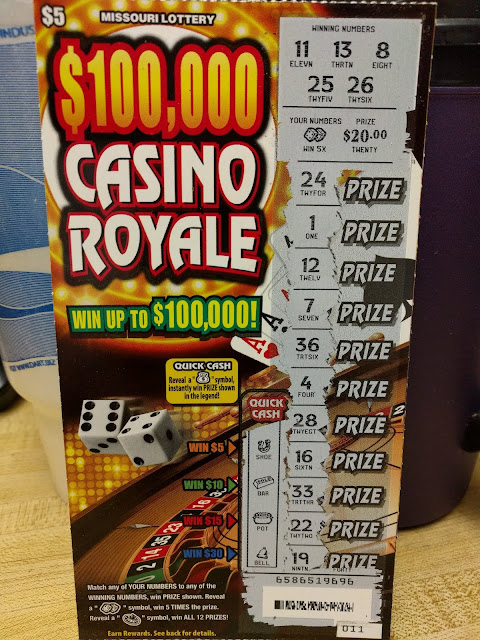 This is the newest $5 Missouri ticket, which came out on Monday. My very first number was a winner. Actually, it wasn't a number at all, but a pair of dice, signifying a win of 5X the prize, which gave me a $100 winner for the second day in a row! 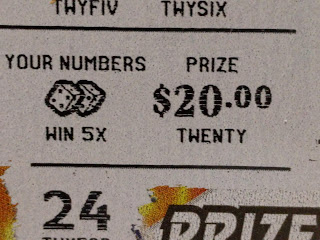