The Adjoining COIN Shall Not Be Purloined!

I was over in Sis-Town, off my regular schedule, dealing with The Pony's college funds at the credit union. I figured I might as well take a 3-block detour before heading home, so I could get a scratcher at the Casey's.

I saw the penny right away. I'm kinda skilled at that. It was up by the counter. Heartbreakingly close to the foot of the lady customer at the register on the right. Woe was me! The cashier on the left became available, and called to me. Dang it! I had to step up and state my business.

Let the record show that Customer Lady was standing almost on the penny! It was no more than millimeters from her sandal. Even though I abhor feet, the sight and nearness of her exposed toes were not what deterred me from snatching that penny. I could have held my gorge to get it. The only thing saving that penny from my clutches was the fear that I might be thought a PERV! Same reason I didn't get at least a picture, because people in line might have thought I was taking a picture of the woman's foot!

WEDNESDAY, August 28, I eagle-eyed a penny on the floor at the School-Turn Caseys. 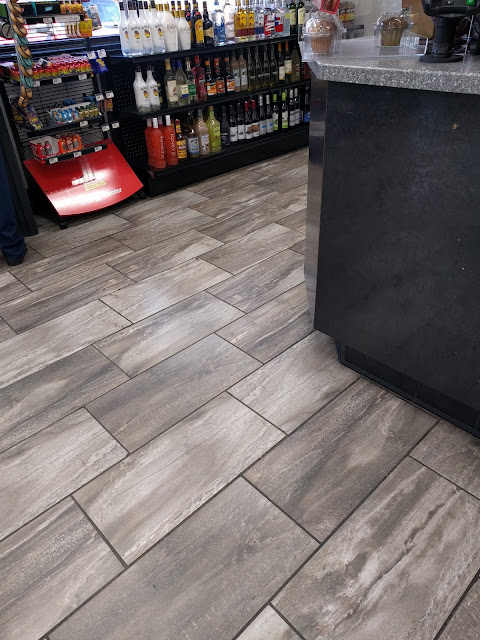 If you're not a fellow eagle, allow me to assist you in locating this penny. Start at the shelves, in front of those Kinky Pink alcohol bottles. Count FOUR light colored tiles toward you, and there it is! In the upper right corner of the fourth light-colored tile. You're welcome. 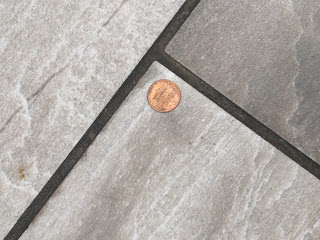 It was a face-down 2017. I sighed with relief when I picked it up for pocketing. Or maybe that was a grunt from the effort. At least I'd avoided a shut-out this week.

Outside, my relief was doubled when I saw ANOTHER penny next to T-Hoe. 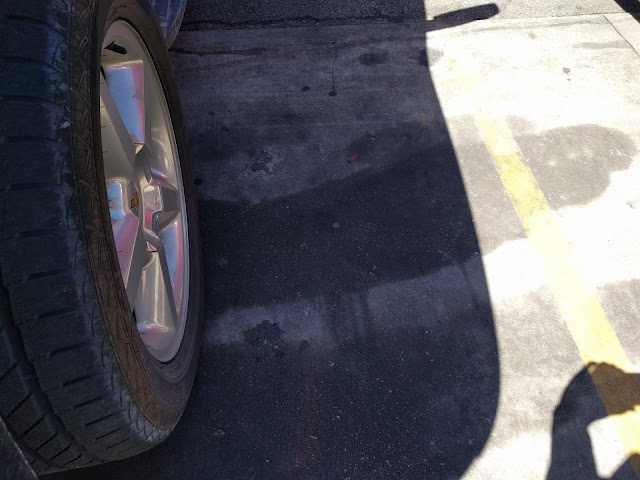 I'm tellin' ya, The Universe made me work for my Future Pennyillionaire Fortune this week! Neither of these beauties were easy to spot. Not at all like that tempting toe-penny that got away. This one is in the shadow, dead center of the picture, in that shady dark spot past T-Hoe's tire. 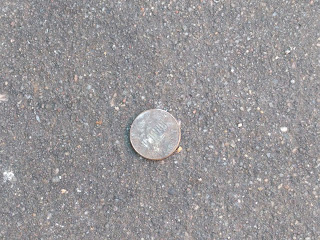 It was a scuffed and corroded face-down 1999. They're all beautiful to me.