A sign, perhaps, that I should get my proposed handbasket factory up and running at triple capacity?

When I pulled onto the blacktop parking lot this morning, nothing looked different. Sure, there were the cars of the upper echelon parked in back with us peons, signaling an imminent groundskeeping surge. But that happens a couple of times a week.

No, there was no indication that when I climbed out of T-Hoe, I would find the corpses of 10,000 worms. Okay. Maybe it was not quite 10,000. But I counted 32 worms in differing stages of decomposition in a single parking space. There are 17 parking spaces in my row alone. That’s 544 deceased earthworms in just one row of the parking lot.

It’s not like we’ve had a lot of rain this week. I’m not sure what’s bringing these worms out to their death. I was not aware that worms are like lemmings. Or that there’s a Pied Piper starting small. Or that lawn-mowing makes the worms evacuate their burrows. 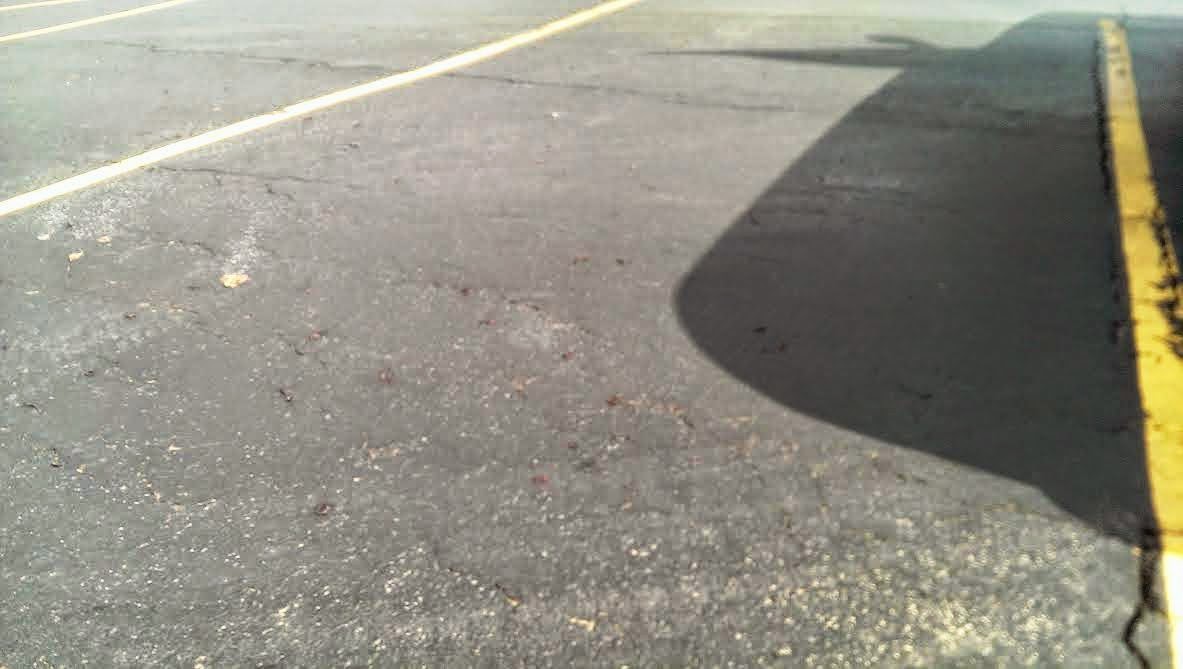 You have to look closely. Granted, this picture was taken AFTER school, when some of the specimens had shriveled considerable. And a couple of the ambulatory individuals may have made their way back to safety. I hope it wasn't a male and a female. That could ruin my scoop. Oh, wait. The earthworms are doin' it for themselves. Let's hope not a single one returned to the safety of the grassy knoll to propagate.

This may become one of the world’s great mysteries.

Though not as impressive as giant stone heads, the disappearance of Backroads earthworms could be discussed in the science and history books of the future. Maybe I can get some cash and a credit for this picture of some of the last of the species.

I could be a regular Jane Margaret Goodall Mead!