Coincidence OR a Sublte Message?

Karma and Even Steven are real jokers, are they not?

After making the decision Friday afternoon to allow Pete-from-work to take the $1000 Caravan home, even though he's only paid for half of it...look what Hick and Val saw Saturday morning: 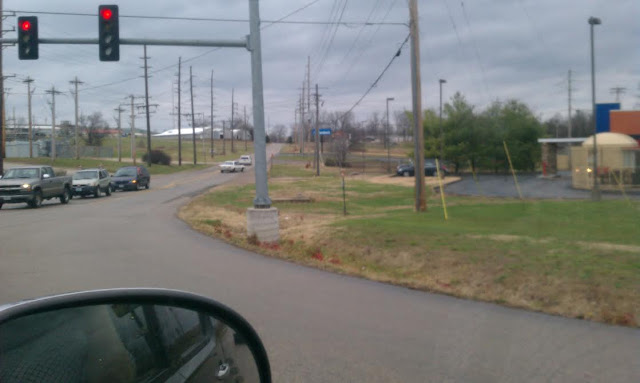 You'll have to look closely. Val is no photographer under the best of circumstances. And in a moving T-Hoe (driven by the Master Sweaver, Hick), using a hand-me-down more-than-four-year-old cell phone with no glass over the camera hole, she's barely better than a courtroom sketch artist.

Look. Not at the Dairy Queen drive-thru awning. Not the white car making its exit from the Drive-Thru Liquor Store's gravel driveway. There! Third in line waiting for the light! It's a Dodge Caravan.

WITH RED DUCT TAPE HOLDING UP THE WINDOW!

Let the record show that for all the time our vehicle has been cooling its wheels in front of the BARn, with Hick's handiwork sealing the window closed...we have not seen another one with the same repair job.

I wonder how much they want for it?