Blog buddy Sioux is hosting Back-of-the-Book-Blurb Friday. I have 150 words to convince you to fake-buy my fake book. Val Thevictorian is STILL on the biography bandwagon this week. That makes it a trifecta. A hat trick. A troika. Her third biography in so many weeks. Real people are just so fascinating! And easier to write about than trying to find a creative bone at the Goodwill so she can at least have ONE creative bone in her body, and make up some stuff.

Go find your fake-mad-money that you stashed in the bottom of Grandpa's cigar box, and fake-fork it over for the latest Val fake tome to add to your collection. C'mon! You don't want to come up short, with a hole on your shelf, forever searching eBay for the one that you missed. 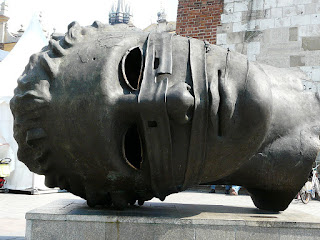 Just in the Prime of Nick:
The Day Sal Thethicktorian's Head Exploded

Nick Thethictorian has been living the life of a charmed simpleton. For the past 26 years, his wife Sal has seen to his every need. Nick doesn't even have to remember to breathe! Sal got him a special machine that he straps on at night that blows oxygen down his trachea.

Nick has a hobby. He builds a very special shed for Sal, to show his appreciation, to pledge his undying love. To emphasize that he thinks Sal shouldn't have to look at the messes he makes anymore. Or hear his excuses and blatant untruths. Shouldn't have to speak sharply to him to correct his bad habits.

Unfortunately, Nick is not a welder by trade. He has no idea that a simple release of flatulence in the presence of an acetylene torch can make Sal's shed-head explode. When Sal blows her top, will she put Nick six feet under? (149 words)

The Hindenburg…"Oh, the insanity! Thevictorian should never have fake-written this fake book. If she had a single spark of inspiration, she would burst into a conflagration the likes of which the world has never seen."

Meteor That Extincted the Dinosaurs…”Anyone who reads this fake book will soon lose all signs of life. Thevictorian is like a dark pall upon the land, her cold, cold fake-writing style chilling her fake-readers to the bone, taking away their very will to find sustenance for survival.”

10,000 Monkeys Typing on 10,000 Keyboards for 10,000 Years…”This fake book deserves to have our crap thrown at it. NO! We should be throwing THIS FAKE BOOK! Collectively, given enough time, we could have fake-written a better fake book than Thevictorian.”

Trashcan Man…”Bumpty, bumpty, bump. A funny thing happened on the way to Cibola. I read this fake book by Val Thevictorian, and it was so bad that it made me pee my pants. This fake book is a bigger bomb than a nuclear warhead.”

Fat Man and Little Boy…”'NEVER AGAIN! Thevictorian should be banned unilaterally from fake-writing any more fake books! What a bomb!"

Krakatoa, East of Java…”I was telling my buddy Mount Tambora just the other day, 'This new fake book by Val Thevictorian makes me want to blow my top!' And do you know what he said, after I lent it to him and he fake-read it for his own self? He said, 'This author leaves me cold.'"