Blog buddy Sioux is hosting Back-of-the-Book-Blurb Friday. I have 150 words to convince you to fake-buy my fake book. Quick! Show of hands! Who's interested in a BIOGRAPHY? Hold on there. Don't panic. This is NOT school! We're not talking about BIOLOGY! Not talking about GEOGRAPHY! It's just a true fake story of a unique person who deserves their own fake book! Don't try to lecture me on the use of "their" in that sentence. You'll see the purpose soon enough.

Now get your fake money ready. Don't shove! There's enough fake product to go around. C'mon! Jump on the bandwagon! It's the IN thing to do! 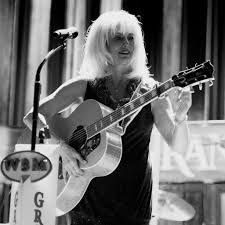 Emmett Louis Hairless has a secret. For as long as he can remember, he has felt like he's trapped in the wrong body. He loves his wife. He loves his kids. But he can't shake the feeling that he was born to be a female country singer.

Sitting on the front row, tapping his toes to the headliner at the South Dakota State Fair, Emmett Louis has an epiphany. He can't wait to get home and break the news to his wife and the boys. "We're moving to Branson! I'm opening my own theater! I'm going to be a star!"

Emmylou Harris…"I would walk through the Valley of the Shadow of Roosevelt's Nose for this fake author! It's a wonderful fake biography! I can't wait to put this fake book on my fake bookshelf. The whole trans thing aside, as Rooster Cogburn said, watching Mattie Ross of near Dardanelle in Yell County crossing the river on her horse, Little Blackie, in the original True Grit, 'That reminds me of me!'"

Loretta Lynn…”Sorry, Val, but you ain't writer enough to fake-write this fake book!'”

Dolly Parton…”I'm no stranger to writing. I've written a couple thousand songs. You mighta even heard one or two of 'em. There's something I always tell my audience at a live performance: 'It takes a LOTTA money to look this cheap!' And all I got to say to you, Val, honey, is: 'It must take a LOTTA talent to write this bad!'”

Johnny Cash…”Life ain't gonna be easy for a gal named Val. Stealing a song from Mr. Carl Perkins to use as a fake title for your fake book does not bode well for you in the afterlife. Once ol' Carl gets a-holt a ya, a vacation'll be all you ever wanted ("WATCH IT, CASH!" --The Go-Gos). By the time you're done a-kickin' and a-gougin' in the mud and the blood and the beer, you'll be hopin' to fall down, down, down into a burnin' ring of fire!"

Elvis Presley…”I'm all shook up! I CAN help falling in love with this fake book! Val Thevictorian is stepping on some blue suede shoes in the music industry. She's hyping this new singing sensation as the next...um...ME!”