One For the Money, Two for the Grow, Val's PENNIES Were Ready, On With the Show

Val's Future Pennyillionaire World was full of promise on Sunday. A trip to town revealed the week's first penny at the liquor store. Doesn't everybody stop by the liquor store on Sunday? This ol' Val does. Not for liquor. For scratchers. 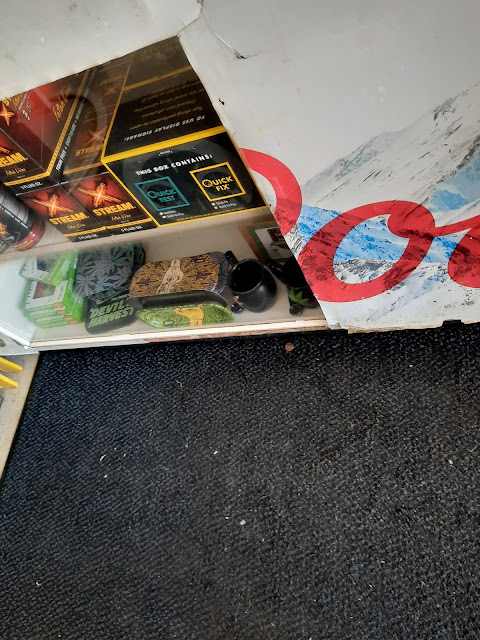 The liquor store reminds me a little of the Gas Station Chicken Store. It's not the newest or brightest shop on the block. In fact, the liquor store had just added a little shelf under their counter. Which seems to be selling aids for clean pee. That's the best I can figure it out, from zooming in. Which may say something about their clientele. Not me, of course! 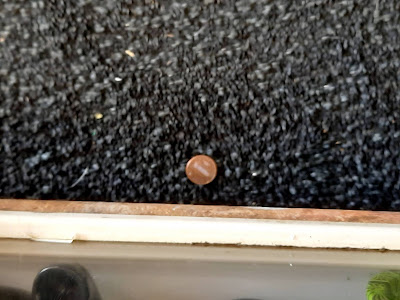 It was a face-down 1993 penny. I don't know how my phone flipped the picture like that. I guarndarntee you I was NOT sitting on the counter, snapping that pic between my dangling feet. I've tried flipping such photos 180 degrees, in Paint, but BLOGGER still overdoes it or underdoes it when putting it on my blog. I'm not taking 15 minutes to get one picture to sit the way I want it. I hate the new Blogger.
Speaking of the Gas Station Chicken Store... that was my next stop. I ended up parking by the air hose again. Must have been a reason my other spots were taken. That reason being the PENNY that was waiting for me as I stepped out of T-Hoe. 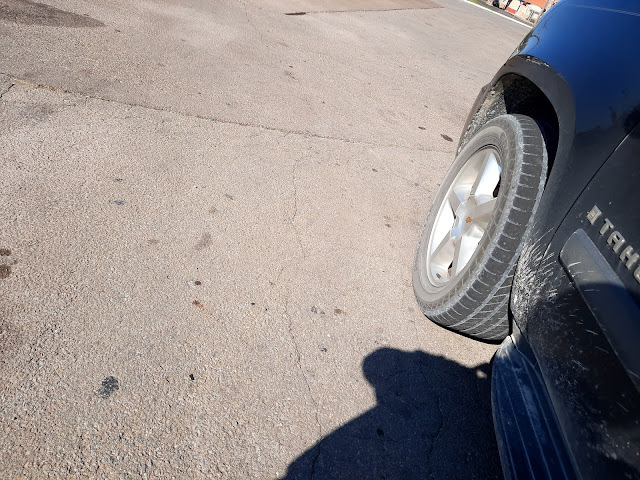 There it is, my rightful heads-up 1981 penny. The top spot of the two under the grease spot. The other one appears to be a rusty hole in the blacktop. 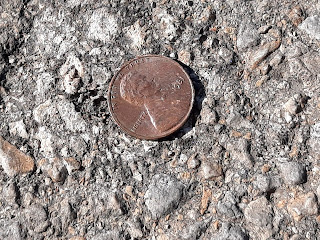