Beatles Boots Would Be CENTSational

Val needs a pair of Beatles boots. Or maybe just one. Not for fashion, but for functionality. AGAIN this week, Val was betrayed by her own footware, bereft of pointy toe.

MONDAY, September 15, I did okay. I climbed out of T-Hoe at the Backroads Casey's, and there was a penny waiting for me. Even Steven isn't making things easy this week. I have saved that picture to New Delly THREE times. Yet when I look in my pictures file a day later, it's gone. I save it again, and try to name it, and New Delly tells me that I already have a file with that name in this location. LIAR! 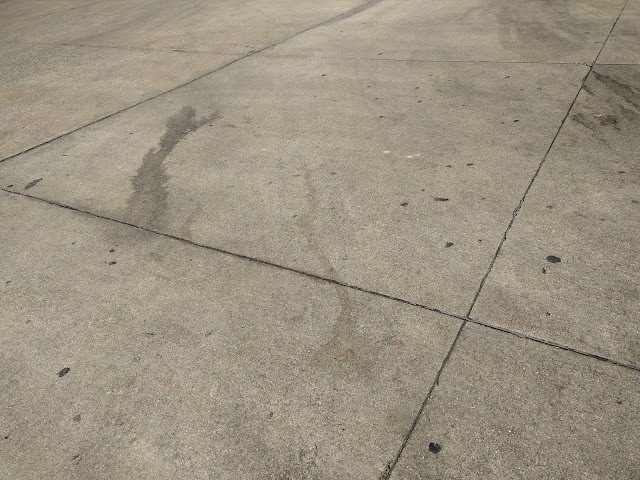 There it is, in the middle of the picture, just above that almost-horizontal line, in a dried river of something unpleasant. A 2015, heads up. 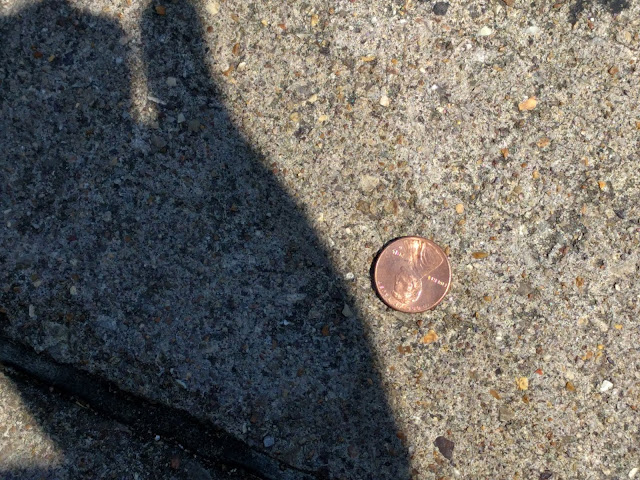 FRIDAY, September 20, I stopped by Orb K for scratchers. I saw a penny on the floor, but it was my turn at the counter. So I figured I'd get my picture and penny after the transaction. While waiting for the tickets to be torn off, I spied another penny, this one up against the base of the counter. Not within bending-over reach for me. I tried to scoot it out with the toe of my shoe, but it was unscootable.

When I turned around to nab the main penny, there was a guy all up in my business. So I could only sidestep, and bend over to grab the penny. No picture until I got back to T-Hoe. 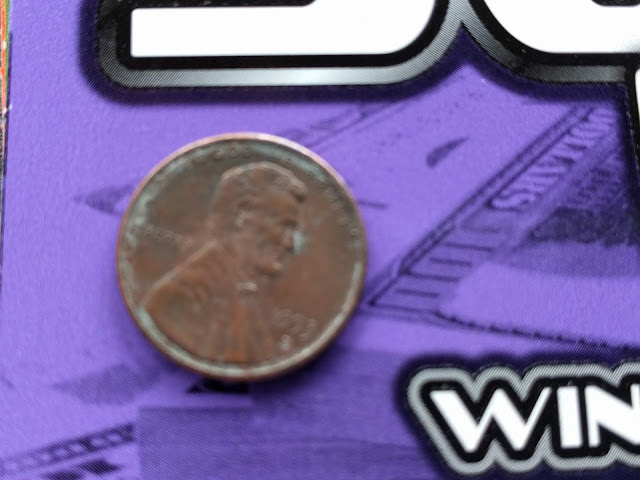 It was face down in Orb K. I'm going to call that a 1993. Only because I tried to zoom in, and I know that the 1093 I saw is not feasible. It's upstairs right now, awaiting deposit in Penny Goblet 2, and I'm not walking up there to verify it. Oh, how I grow lax in my penny-collecting.